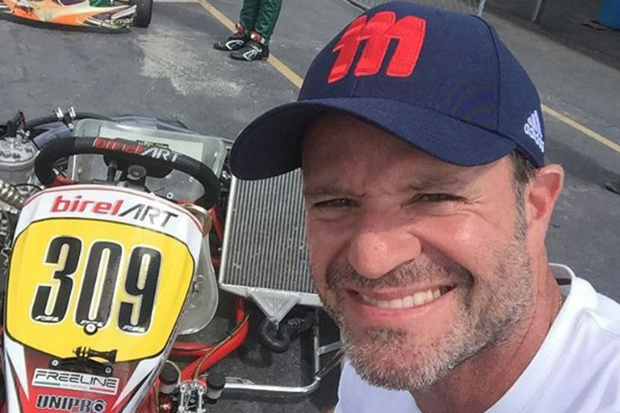 Birel ART is pleased to announce that former Formula One racing driver Rubens Barrichello, currently engaged in the Stock Car Brasil Championship, will be participating with Birel ART Racing in the CIK-FIA World KZ Championships, scheduled from 31 August to 4 September in Kristianstad (Sweden).

Before reaching the top in the motorsport world, Barrichello achieved many victories in karting. In fact, the Brazilian driver won the Brazilian Junior Championships for two consecutive years (in 1983 and 1984) and triumphed three times in the Senior A category (1986, 1987 and 1988).

After moving to single-seater racing, Barrichello won the Formula Opel Lotus Euroseries in 1990, the Formula 3 Britain in 1991 and came third in the International Formula 3000 in 1993. Starting in Formula One in 1994, Rubens participated in 326 Grand Prix races with prestigious teams such as Jordan, Stewart, Ferrari, Honda, Brawn GP and Williams: he won 11 Grand Prix races, was on the podium 68 times, achieved 14 pole positions and notched up 658 points, finishing twice in second place in the championship (in 2002 and 2004) and twice in third place (in 2001 and 2009). In 2012, he raced in the Indy Car Series, and starting from the same year, he competed in the Stock Car Brasil Championship, in which he won the title in 2014.

Rubens also continues to be a karting protagonist: in 2008, he won the Desafio Internacional das Estrelas, and last year ended in fourth place with Birel ART (starting from the second half of the group) in the Rotax Max Challenge Grand Finals (DD2) in Portimao, and he dominated the 2016 edition of the IRMC South America by winning the Final, Pre-final, all the heats and achieving the pole position.

Rubens Barrichello: “I am delighted to have accepted the invitation of the Chairman Ronni Sala and my great friend Jordon Lennox-Lamb to become part of this great team. At forty-four years of age, I never thought of competing in a karting championship and when I told my children, they were very enthusiastic. I am very much looking forward to racing, also because when I was young I did not have many chances to compete in international races. It’s a great dream which is about to come true: I’m training a lot and my commitment is 100%, just like on the eve of a Formula One Grand Prix.”

Gianluca Beggio, Technical Director: “It’s a great honour to welcome Rubens Barrichello to the team and I’m very happy to be able to count on him for the CIK-FIA World KZ Championships. For Birel ART Racing it will be a great experience and we’ll do all we can to ensure that he has a great weekend of racing.”