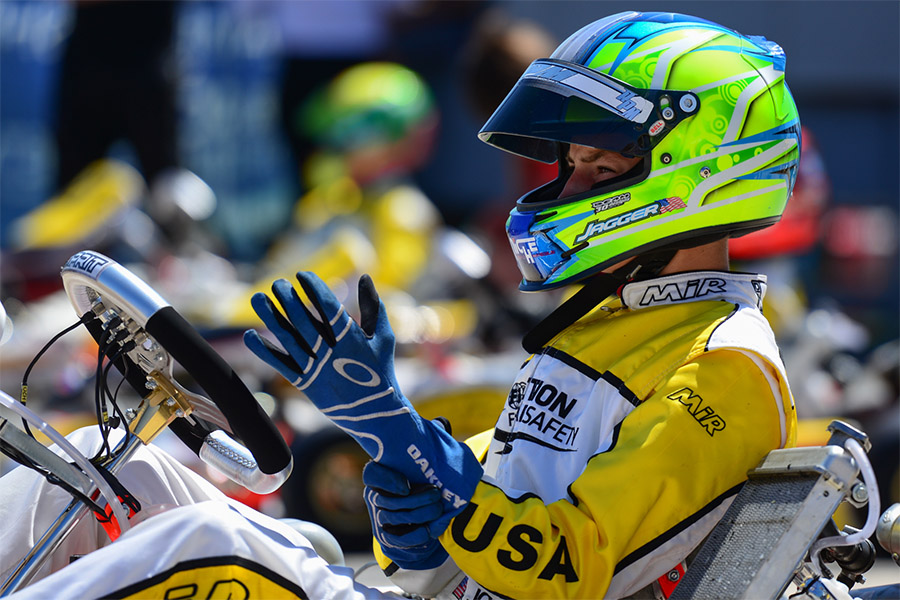 The CIK-FIA Academy Trophy series is a unique program that brings together the best hopefuls from around the world between the ages of 13-15 and places them at the wheel of one-make karts for a three-event championship. Each ASN from around the world select drivers to represent their country to be part of the Academy Trophy with 39 different countries represented in the seventh year of the program.

Arizona’s Jagger Jones was the lone driver to represent the World Karting Association and the United States of America for the 2016 CIK-FIA Academy Trophy. The Ryan Perry Motorsport driver is a third-generation pilot as the grandson of 1963 Indianapolis 500 winner Parnelli Jones and son of 1993 Daytona 24 Hours winner PJ Jones. Jagger took part in the 2015 edition of the CIK-FIA Academy Trophy, without earning a single championship point. At the opening event at Essay, France, Jones drove from a 14th place in the Prefinal to fifth in the main event to earn 16 championship points to sit fifth in the championship standings. 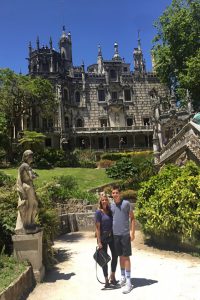 My mom and I at a castle in Sintra, Portugal

After a long, confusing flight we finally arrived in Lisbon, Portugal Friday evening. Our original, planned flight was a one stop with a total travel time of 14 hours. Due to weather conditions, we were redirected with two stops and a total journey time of 24 hours. This was for sure a tough start to the trip, but at least we had a whole week to recover from the time change and see a bit of Portugal. Saturday, Sunday, and Monday were very interesting touring Lisbon and the two nearby towns, Sintra and Cascais. My mom and I got to eat Portuguese foods, look through castles and gardens, and go to the beach. We had a great time and got to see how the Portuguese people lived. To be honest, I hardly knew anything about Portugal before the trip.

Portimão is the town we were staying at for the races. Tuesday morning my mom and I took a taxi to the airport to pick up our rental car and mechanic Ryan Perry. From there we began our 2.5 hour drive south to Portimão. Later that evening, we were able to check out some nearby ocean cliffs. That was very cool and took my breath away. 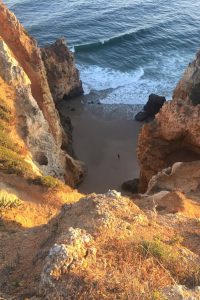 Wednesday was a calm day for us. We headed to the track and checked everything out. We watched some practice laps. The only other thing we had to do was to get supplies (WD40, rags, etc.). That wasn’t so easy to find in Portugal but we managed to do just fine. Thursday was the day we received and prepped the car. The Academy Trophy is a mostly spec series so there is little we could do different to the kart.

I could not wait to get to drive after watching two days of action on the track. My first impressions were fast corners with fairly long straights. The facility was amazing and beyond the kart tracks we have in the US. There was a full restaurant and bar overlooking the circuit. Also, to the right of the track was a full sized track designed for Formula 1. Sadly, they have never held a Grand Prix there but hosted Moto GP.

The first sessions were tough for sure. I made a few errors and some of the missing pace was in the kart setup, putting us around seven-tenths off the quick time. This was a large gap for how close the competition is and we were definitely startled. Going into the last session, we received a new motor (they swap motors throughout the weekend randomly) and we put on our new tires but somehow ran slower lap times. This confused myself and Ryan. We continued to watch my on board GoPro videos to ensure it was not my driving that was missing the pace. 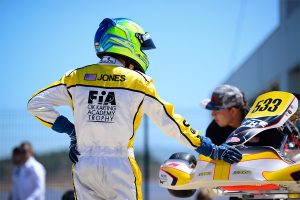 My mechanic Ryan and I on the grid

Today was a warm up session, qualifying, and two heat races. Qualifying is very crucial because that is where you will start both of your heat races. Qualifying did not go as planned, putting us 34th overall. Yet again we lost time when we put on a new set of Vega tires. This is when we began to question and realized the tire issues everyone else was having. People in the back in practice and in warm up had put on the new tires and went top 10 and vise a versa. The OKJ class, which uses the same tires, also was having issues. For both heat races I had to start 23rd. The first one was tough as I only got to 20th. Heat two was somewhat better, finishing 17th. After two not so amazing finishes, we were not even sure if we had directly made the final. Luckily, I was the last direct transfer putting me 28th on the grid for tomorrow’s Prefinal. Sadly, the tires were the same for the rest of the weekend.

Today, we had warm-up, the Prefinal, and Final. Warm-up was the same as where we had been all weekend. For the Prefinal, my goal was to gain as many spots on the first lap and try to hold as many positions as I could. Therefore, I would have a decent starting position for the Final.

Just like any karting start everyone jumped to the inside. They all checked up. I was not able to get to the inside so I decided to rail the outside and have the inside advantage for the next corner. From 28th, I was up to 14th by the first lap, making up half the positions! Throughout the 10-lap race, I slowly drifted back to 21st. There was only little I could do racing with drivers a full second faster than me, but at least I made up seven spots for the Final. 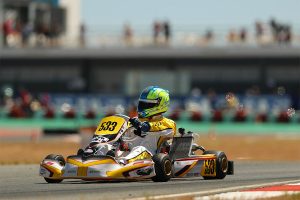 The Final consisted of 17 laps. I knew this was going to be difficult considering our tires and speed. The start wasn’t as good as the Prefinal, but still made up spots. Slowly but steadily I fell back to 23rd.

Overview of the Weekend

Without a doubt, this was not the result we wanted. It was very tough to struggle outside the top 20 after being constantly top 5 in France. The problem may have been outside of my control but it still hurt. I believe the problems will be fixed for the next round in Kristiandad, Sweden. Can’t wait to go back and race overseas!

I would like to give a huge thanks to my mechanic Ryan Perry, my mom for taking me all the way to Europe, my dad, my sponsors Niche Road Wheels, MHT, the World Karting Association for selecting me, and of course eKartingNews.com for giving me the opportunity to write my first Driver Diary!