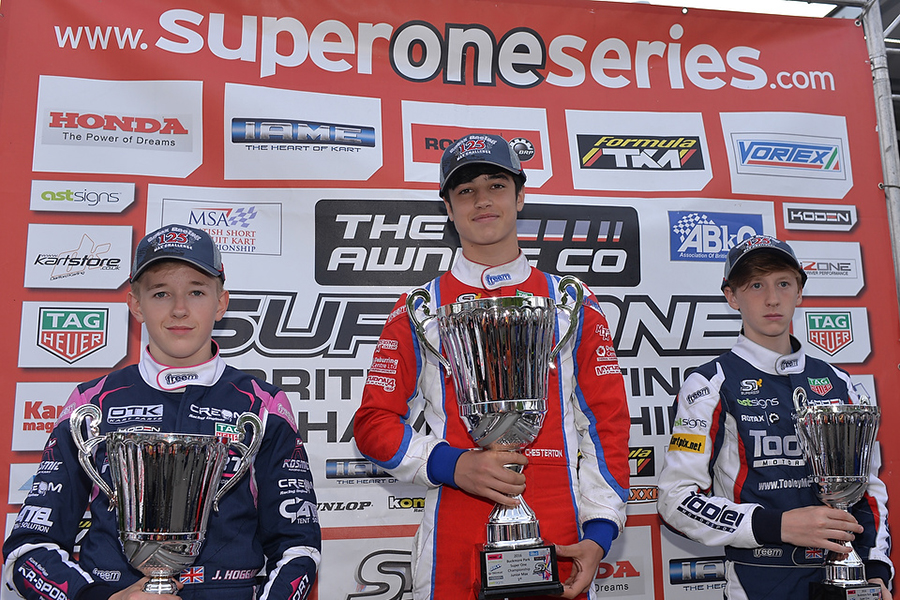 Seven classes packed into the twisty Kent circuit, often called karting’s answer to Brands Hatch.  Those taking a break were the OK, KZ1 and X30, all of Rotax, TKM and Cadet were present.  Saturday heat were punctuated with rain showers but Sunday was luckily dry, albeit interrupted with several red flags.  MSA officials held a meeting with the teams and organised drugs testing, this time for the Junior competitors. 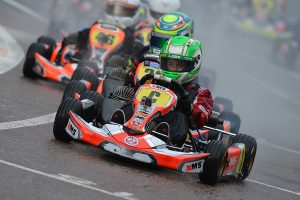 This year’s dominant driver in Cadets, Harry Thompson, tied in timed qualifying with Zak O’Sullivan but both were pipped by Jonny Wilkinson in the other group.  Georgi Dimitrov, Joshua Rattican and Thompson took the heat wins.  Thompson led the first part of the first final then had to give way to Bray Kenneally, Joseph Taylor and Alex Simmonds in turn.  He leapfrogged from third to first on the last lap, retrieving the lead and the win from Kenneally who fell to third behind Alex Simmonds.  Briefly in the lead of the second final by lap five, he was elbowed down to sixth as Simmonds and Kenneally took up the running.  Leapfrogging back up the order Thompson and Kenneally clashed putting them to the back as Wilkinson inherited the win over Simmonds, Matthew Rees and Taylor.  But Simmonds was later excluded for a technical infringement, missing an important marking on his engine. So Thompson’s clash has reduced his points lead to just five over Taylor. 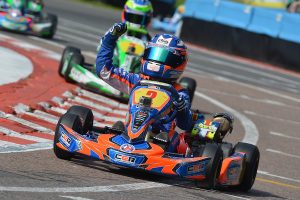 A massive entry of 47 karts were in what is the UK’s largest kart class, and so Joshua McLean did well to top that list in qualifying over Ivan Lomliev and Open Champion Wesley Mason whilst championship leader (yes, again) Harry Thompson was ninth.  Oliver Bearman, Lomliev and Thompson took heat wins putting Bearman on pole for the first final.  Mason led six laps then just after Bearman relieved him of that lead another red flag decided the Clerk of the Course to finish the race early when Mason rolled out of the front group.  Thompson had followed through from second, Mason demoted to fourth behind Lucas Ellingham.  Bearman took up the lead of the second final after yet another red flag stoppage and was challenged repeatedly by first trading it with Mason, who a little later fell to the back, then the canny Thomson jumped into the lead with four laps to run.  He held on as Ben Kasperczak prised past Bearman for second.  Caden McQueen had been running fourth but fell back to ninth, then promoted to sixth as Owen Tolley, Casper Stevenson and Reggie Duhy were all excluded for not obeying flag signals.  Thompson has a healthy lead in the points over Kasperczak. 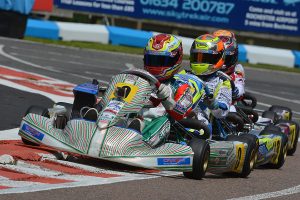 Jenson Butterfield took fastest in TQ over Tom Canning and Alex Lloyd, Butterfield going forward to win both heats and both finals, total domination in both wet and dry.  Lloyd had to fight hard against Canning to keep his second place in the first final, Canning even managing to go into the lead momentarily.  A total of seven drivers took 10s penalties for displaced front fairing, the highest being Finlay Bunce from fifth.  They must have learnt for the second final as only one driver was caught out.  This was more processional with Butterfield marginally ahead of Lloyd and Canning with Lorcan Hanafin leading the next group.  Butterfield leads the points with a 33 gap to Jonny Edgar who had a subdued day clocking a fifth and sixth.

Jonathan Hoggard and Myles Apps won the heats, Joe Turney having been fastest in the time trials over Hoggard.  From pole Apps took up the lead of the first final but eventually had to give best to Rory Hudson and had to retrieve second from Mark Kimber and Hoggard.   Tommy Foster came up to third with a couple of laps to run.  In the second final Tyler Chesterton powered up from seventh on the grid to win after a trade with Hudson and Axel Charpentier.  The latter went out and Kimber was excluded for driving standards.  Foster also retired from third.    That all left Hoggard and Apps on the third podium position after winning an appeal with Joe Turney’s fifth putting him second to Hoggard in the points standings. 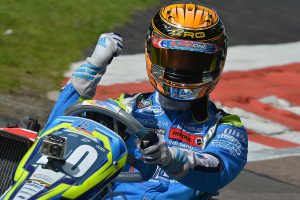 Sam Baker topped the qualifying with eventual winner Josh Collings only seventh, Charlie Turner and Jack McCarthy winning the heats.  Starting fourth Collings was soon into second as Josh White went out, McCarthy also dropping right back from second.  Midrace the lead was in Collings hands from Turner, James Johnson holding third throughout.  For the second final Collings and Johnson were nose to tail all the way with McCarthy arrowing up to third and putting Turner back to fifth.  Collings is only nine points behind McCarthy in the points table. 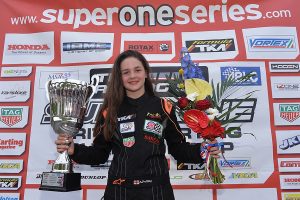 Abbi Pulling is really showing her skills this year driving for Tal-Ko and she was quickest in the TQ from Kristian Brierley and Bradley White.  Pulling didn’t get it quite together in the heats, both won by White but she recovered quickly in the first final, into the lead by lap two. Mid race Adam Sparrow made his attack, putting her to fourth.  She sped back to the lead but had to eventually give best to White.  For the second final White had an early dice for the lead with Adam Sparrow but fell to ninth and could only recover to seventh, which became sixth when third placed Sparrow had a displaced front fairing penalty.  So from lap four onwards Pulling kept the lead, a second clear of Joe Fowler before a huge gap to Lee Whittingham once Sparrow had his penalty.  Pulling is only five points adrift of White overall now. 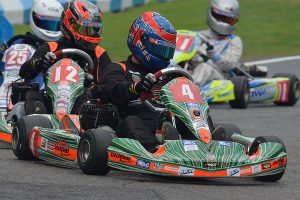 In the second biggest class Kyle Sproat prevailed in TQ over Christopher Whitton.  Whitton, Lewis Round and Sproat took the heat wins.  Whitton, Sproat and Round all had turns leading the first final but in the end Whitton was ahead of the other two.  Matthew Taylor shot into second in the second final behind Whitton.  Sproat then worked his way up from fourth to just take the lead with an exciting finale in sight when the race was stopped early due to an incident in the paddock requiring the medics.  Taylor kept a hold of second with Round, Harry Moore and Whitton behind.  Sproat wins a Ginetta test drive for his efforts and has 18 points in hand over Whitton and Harry Moore.