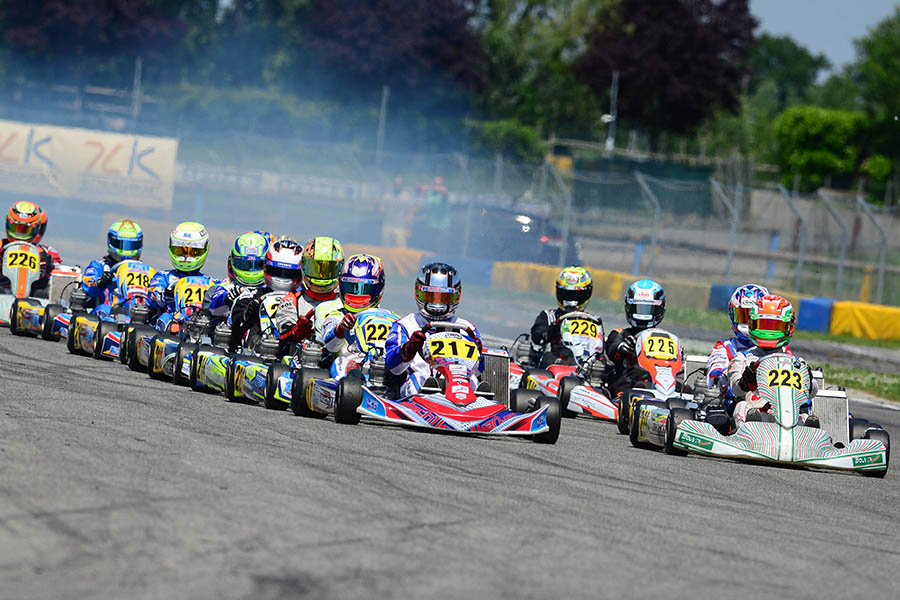 Following its successful debut in Castelletto Di Branduzzo in Italy at the end of May, the brand new X30 Euro Series will make its comeback on the race track and host its second and final race of the season in Zuera, Spain from July 14st to 17th.

Organised by none other than the RGMMC Group in collaboration with IAME, the X30 Euro Series proved in Italy that its new concept is highly prosperous, offering international karting drivers the chance to compete in four different categories: junior, senior, Super X30 and Super Shifter. The latter was not available for sign up for the season opener but will be for the race in Spain. After 50 drivers from 18 different nations competed in Castelletto, the series expects an even bigger turnout in Zuera.

The Circuito Internacional de Zuera is located in Spain’s North, not far from the city of Zaragoza. The 1.700-metre-long track presents a big challenge to the drivers: Many highspeed passages, a turn-intensive second sector and the technically difficult third will try to lure drivers into mistakes which will eventually determine victory or defeat.

While the series only consists of two events, the fight for the title is not any less exciting. First and foremost, the Juniors’ class has a lot of excitement to offer as the drivers proved to be very close together in Italy. Chris Lulham (Fusion Motorsport) emerged as the biggest title contender in the class as he was able to set the fastest time in qualifying and win the all-deciding finale. Nevertheless, the Brit first has to be victorious over a handful of strong rivals: especially his fellow countryman Ben Wooldridge (Vital Motorsport) will try all in his power to make up for his missed chance in Castelletto. Kilian Meyer (CRG SPA) and Milan Petelet each showed strong performance during the season opener and are another force to be reckoned within the spurt for the title.

Fewer favourites for the crown can be found in the seniors’ class but nevertheless, fans are in for a treat as both Brett Ward (MLC Motorsport) and Berkay Beslar (Bouvin Power) want to repeat their sensational performances shown in Italy. But they have to be careful not to risk too much, as Hugo Ellis (Vital Motorsport) silently positioned himself in a promising position for the title fight in Zuera as well.

In the newly-founded X30-Super class it was Rinus van Kalmthout (Daems Racing) who impressed in Castelletto, but he had to admit defeat to the strong PDB Racing duo Taylor Greenfield and Viktor Oberg who were both able to celebrate a victory each in Italy. Van Kalmthout heads into the all-deciding weekend as the not-so-secret favourite nevertheless as the reigning ROTAX MAX Euro Challenge runner-up proved his incredible speed multiple times during the Italian season opener.

Furthermore, all is to play for in the Super Shifter class which was not part of the inaugural weekend. Fans of the series can expect a supreme fight for the title in said series. While some favourites already emerged in all of the respective classes, the decision will be made in Spain and it might be a surprising one as all of the drivers are still very close together.

The season finale on the Circuito Internacional de Zuera will surely be one for the ages. RGMMC offers a full range with live streaming, live timing and social media coverage. More information regarding reports, photos, results and live TV stream are available on the official websites www.x30euro.com or www.telemundi.com.