Sabre Cook Aims for Victory This Weekend in Utah 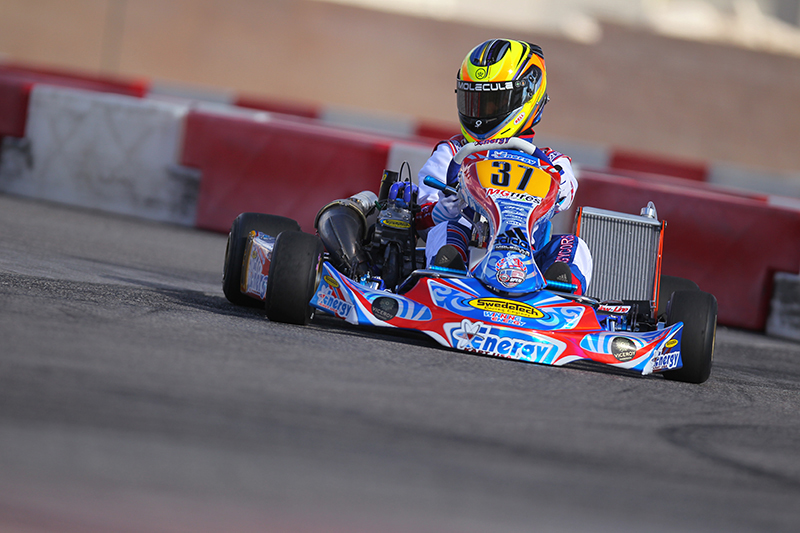 Cook will look for a strong weekend in Utah to position herself to challenge for the US Open championship (Photo: CKN)

Fresh off a second place podium result at the US Open of New Orleans, Sabré Cook travels to Utah Motorsports Campus this weekend for the second round of the Sofina Foods US Open program. Competing in the Senior Shifter category, Cook will aim towards the top step of the podium in her quest to take the point lead before making her bid for the national championship this coming November in Las Vegas.

“I am really excited to get back behind the wheel of my Energy Kart at a national level event,” explained Cook. “I have completed several laps of testing at the Grand Junction Motor Speedway and feel that we have a better understanding of the blue chassis than we did two months ago.”

Not only has Sabré been in the seat of her Energy Kart, she has also been behind the wheel of a TCA (MX5) at a recent test at the famed Lime Rock Park.

Cook added, “My car test went really well. The team was great to work with and my times were competitive. I am working hard to compete in the Pirelli World Challenge event there in August as well as compete in a few events in the Red Bull Global Rallycross. While my car efforts are exciting, my focus is on karting 100% this weekend.”

Sabré Cook is a rising female motorsports star. Completing her eleventh year in karting, the 20-year old earned the Superkarts! USA S2 Semi-Pro Stock Moto championship in 2012. Growing up at the Grand Junction Motor Speedway, Cook has developed up the karting ranks and is nearing the top level. Over the course of her career, she has earned six Colorado State Championships, two TAG World Championships, a SKUSA Mountain Region title, represented USA at the Bruno Grana International Trophy event in France, and competed all across North America while maintaining a 4.1 GPA during her high school career. Sabré is a junior at the prestigious Colorado School of Mines with an impressive 4.0 GPA. Sabré enjoys basketball, golf, acting, singing, volunteering and is a member of the National Honors Society and the Future Business Leaders of America.

Visit https://www.facebook.com/SabreCookRacing to learn more about this promising driver.