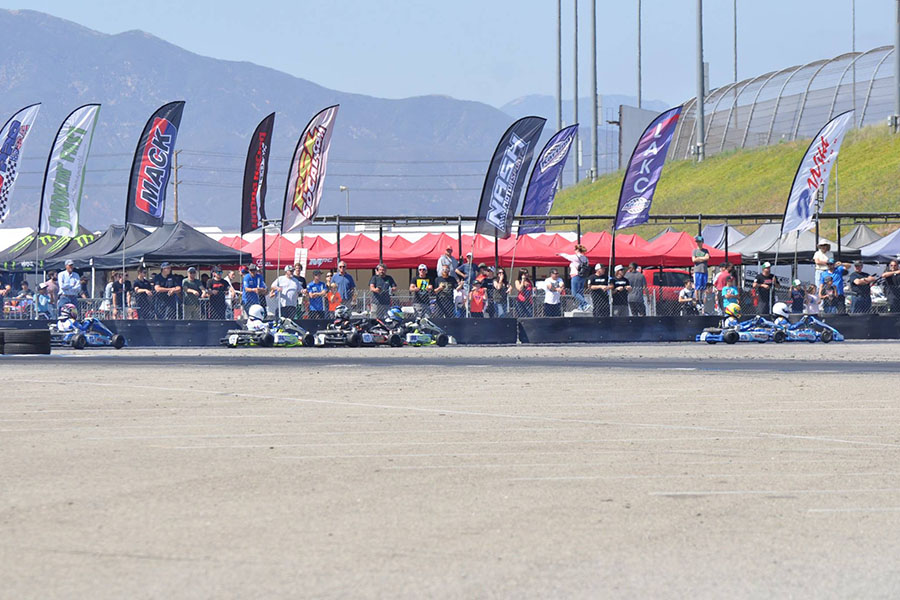 The Los Angeles Karting Championship welcomed new board of directors as the 2016 season began. Part of their new direction is to solidify LAKC as the prominent location for racers to compete at for all levels of the sport. From the Kid Kart divisions all the way to the Pro level, LAKC brings the best and a newest together in one place. The fifth round of the championship season welcomed a new look at the S1/S2 and X30 Senior divisions, moving them into their own ‘Pro Show’ and establishing a new X30 Intermediate category. The LAKC Pro Show ran Saturday evening over the June 11-12 weekend event with the regular LAKC program Sunday around the ‘Nuovo’ circuit. The program featured qualifying, split heat races, an Last Chance Qualifier for the X30 group, and a main event with over $12,000 in cash handed out to numerous positions.

Superkarts! USA Pro Tour #2 plate holder Billy Musgrave set the tone in qualifying for the S1/S2 group, posting a 44.588-lap to clear the 23-driver field by nearly three tenths. Veteran driver Darren Elliott sat second, as the field was split into two heat groups. Musgrave handled his heat race by leading all 12 laps, as did Elliott in a shortened-race due to an incident involving Hunter Pickett. When the field was combined again, Musgrave led wire-to-wire for a five-second victory for the $2,500 check. The battle for second was heated until Callum Smith secured the position over Elliott. Matias Podboj and Kol Bailey completed the top-five. 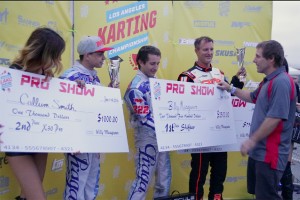 In the X30 Pro division, Jake Craig emerged as the event winner to take home the $1,500 payday. Craig was edged out in qualifying by 14-year-old Nicky Hays, who dropped down a 46.078-second lap. The two groups were split up with Hays winning his heat race as did Craig. When the top two met in the main event, the elder driver Craig walked away from the field for a near six-second victory. The battle for second was intense early, with Hays shuffling around until he retired near the halfway point. Carlee Taylor took over the position at the point, driving away to the runner-up position. Florida native Jesus Rios came from the LCQ and knifed his way forward, reaching third on the final lap, working around Matt Johnson and Stepanova Nekeel in the final laps.

With the Pro division established, the new 2 Wild Karting X30 Intermediate made its debut at LAKC to 18 drivers as Anthony Sawyer became the inaugural winner. Robby Stanovich set the fast time in qualifying, beating out Cody Kelleher by 75 thousandths of a second. Stanovich continued to lead in the Prefinal with Sawyer working his way into the second position. Kelleher led early on in the Final until Sawyer took the lead on lap four, showing the way for the remainder of the 18-lap race for the victory. Kelleher kept it close, coming just 73 thousandths short of crossing the line first. Stanovich ended up third with Antonio de Lis and Greg Osborne Jr. rounding out the top-five. 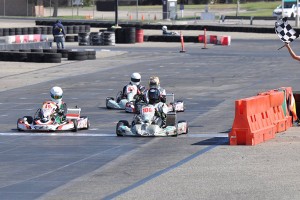 Ryan Schartau became a three-time winner in the Ryan Perry Motorsport X30 Junior category following the action Sunday. Schartau beat out the 19-driver field in qualifying, only to see Round One winner Trey Brown steal the win in the Prefinal convincingly. A host of drivers joined the party at the front, eventually working down to Joseph Daniele, Brown and Schartau. Daniele led the majority of the race, with Schartau falling as far back as seventh, securing the lead and the victory with a last lap pass. At the line, it was just 89 thousandths that separated Schartau and Daniele. Brown finished third with Jesse Gutierrez and Kameron Perry placing fourth and fifth.

Cole Keith Cotham broke up the win streak for Daniel Inzunza in the P1 Engines Mini Swift division, notching his first victory of the season. Cotham set the pace in qualifying to start P1 on the 19-kart grid for the Prefinal. Cole led the majority of the 10-lap race until Anthony Willis – making his first start in the 2016 series – took over and scored the win. Cotham dropped to sixth in the final two laps. He quickly regained those lost positions at the start of the Final, into the lead by lap five. From there, he never looked back as Cotham scored the victory. Chance Gibson drove to second with Willis ending up third ahead of Dakota Tate and Rylee Martinez. 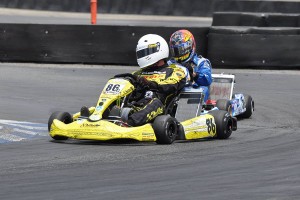 Erik Jackson defended his return to the Mike Manning Karting TaG Master class with a second straight victory. Point leader John Crow began things as the quickest driver in qualifying before Jackson to a commanding win in the Prefinal. Crow stepped up to challenge in the Final, but Jackson was too tough and led all 18 laps for the victory. Tony Rossetti joined them on the podium in third with Gary Lennon and Alvaro Parra completing the top-five.

The Phil Giebler Racing Open 125 Shifter category welcomed a four-time winner in Slava Prikhodko. The championship leader nearly pulled off a perfect day except for Willy Axton posting fast time in qualifying. Axton could not match the pace of Prikhodko, scoring the victory by 1.6 seconds. Tory Butts drove to third ahead of Carlos Gonzales and Robert Alon.

Aiden Dodge became a first time winner in the Fleming Racing Engines Junior 1 Comer division Sunday, sweeping the action. Dodge led from qualifying, through the Prefinal, and was able to hold off the 17-driver field in the Final. The win did not come easy with a total of three drivers leading during the 18-lap race. Dodge led the majority of the laps, including the most important one, reaching the checkered flag first by 26 thousandths of a second over Anthony Quinones. Cole Keith Cotham stood on the podium in third with Dakota Tate and Jalen Mack rounding out the top-five. 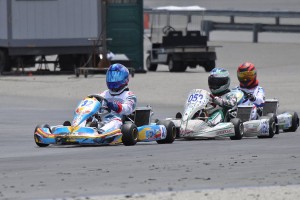 Jordan Turner went from zero to hero on the day in Mack Motorsports PRD Junior 2 class as the point leader took his second victory of the season. Turner was unable to record a lap in qualifying as Round Three victor Ricco Shlaimoun earned the fast time honors. Jordan came from last of the 10-kart grid to first in 10 laps of the Prefinal before leading wire-to-wire in the Final. Brendon Cramer slipped past Shalimoun for second with Cooper Wittbidad in fourth and Lauran Adams in fifth.

A fourth victory on the season was earned by Garrett McKelvie in the Musgrave Racing Company S3 Novice Stock Moto division. McKelvie took the win in the Prefinal and drove away to a near three-second advantage in the Final to extend his championship lead. Adrian Yong placed second with top qualifier Prescott Campbell was third. Jacob Pope and David Roberts finished the top-five.

Cooper Hicks also extended his point lead in the Empire Karts Micro Swift class with a similar performance. Hicks drove to the Prefinal win and drove away after falling back early to a six-second margin of victory over Frankie Mossman. Jesus Vasquez Jr. ended up third over Tuesday Calderwood with Enzo Deligny fifth. 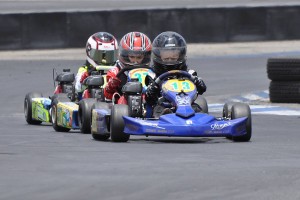 The freem Honda Kid Kart category welcomed its third different winner on the year as Logan Chambers swept the round. Chambers led from qualifying to the final checkered flag to earn his first victory of the season. Drake Cardey was a close second with John Antonino in third. Chad Reed drove to fourth as championship leader Logan Ainsworth placed fifth.

The next event for the LAKC program is set for July 17 at the same CalSpeed facility. The event will be a normal show with the LAKC Pro Show scheduled for a return in August. For more about the 2016 Los Angeles Karting Championship program, please visit LAKC.org and ‘Like’ them on Facebook and follow on Instagram.