Biggest Global Event of the Sodi World Series is Approaching 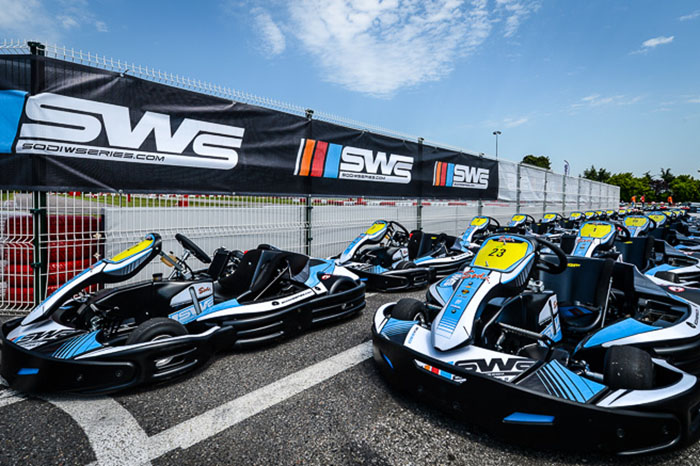 Awaited by all lovers of leisure karting, the 2016 Sodi World Finals is not far off. From 7th to 9th July 2016 Racing Kart de Cormeilles near Paris will once again host the annual SWS event. Prestige, flawless organisation and maximum fairness will be on the agenda for this unique meeting bringing together 280 qualified drivers from more than 30 countries and each continents.

In 2015 the Sodi World Series reached no less than 35,000 drivers, in more than 3,000 races all over the world with 220 partner circuits taking part in the benchmark World Championship for leisure karting. The Sodi World Finals in 2016 provides an opportunity for the best of them to meet and compete at the same venue for victory in all three categories on the programme: the Sprint Cup, Junior Cup and Endurance Cup.

Beyond the always high standards of the event, the 2016 edition of the programme will not be short of changes, starting with an exceptional charge. Concerning the progress of the race, the Sprint Cup and Junior Cup will use a new pure competition race format offering the same running time for each competitor, with heats, Prefinals and then Finals to crown the 2016 SWS Champions at the chequered flag. In the true spirit of SWS, the podiums will be held after each race.

The Endurance Cup has innovated to bring more satisfaction to the best teams in the world. The competition will take place on a new kart for this competition, which will be kept secret until the day of the race. Sodikart, the world No. 1 in karting, can be trusted to produce an excellent surprise. This year, the drivers will be individually weighed to ensure even greater fairness between the teams. The “Le Mans” start type will be used after the traditional fireworks on the 1200m RKC track, running clockwise.

3MK Events also plans to intensify the media coverage of the event, in particular through a continuous presence on social networks and reactions from the heart of the race and close to the participants.

The closing ceremony promises to be simply exceptional. The drivers and their companions will go to the foot of the Eiffel Tower for an exceptional dinner in Paris, during an unforgettable cruise on the Seine past the magnificent monuments of the most beautiful city in the world. On this occasion the sensational prizes for 2016 will be presented to the winners of each category. A bus transfer will be offered in both directions between the Ibis hotel at Cergy-Pontoise and the boat at Paris.

Planning for the 2016 SWS World Final

The participants will arrive at Racing Kart de Cormeilles from 2pm Thursday, July 7th. The presence of the teams and all the drivers for administrative control and briefing is mandatory. All schedule details are available online.

Friday and Saturday will be devoted to the many races of the Sprint Cup and Junior Cup Finals which will finish with the main races on Saturday afternoon. The teams for the Endurance Cup will have more than two hours of running in free and timed practice before starting for the 12 hours for the Friday night race.

The regulations of each category and the timing of the event, are available online, on the FINAL 2016 page.