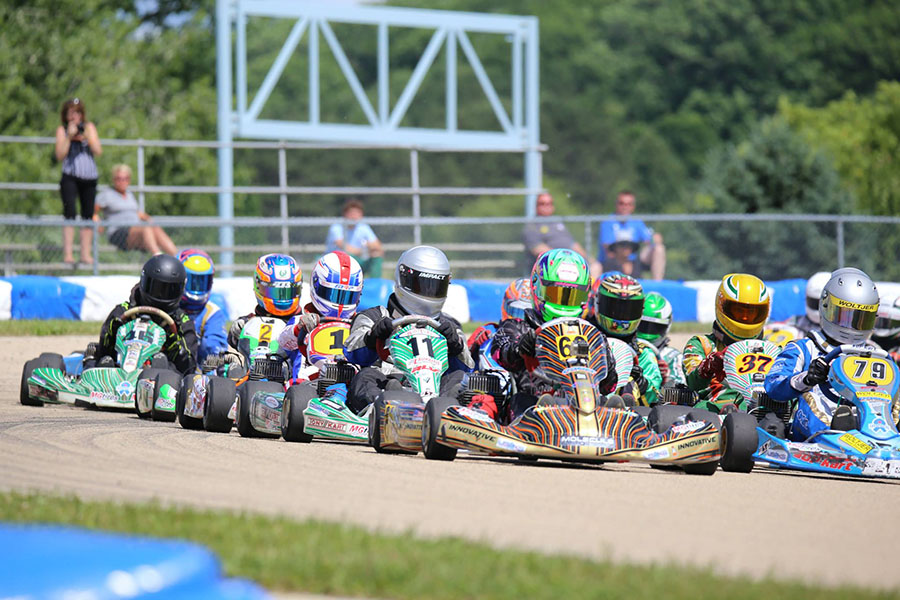 Located roughly 40 minutes from the ‘frozen tundra of Lambough Field’ and the city of Green Bay, Wisconsin, the Kenny Venberg-designed circuit is a diamond in the rough. It is among the most unique layouts seen in the sport, using the landscape surrounding the property to produce a track everyone craves to drive. The facility was sold last year and is currently still not hosting a regular kart club racing program. Instead, it remains a hot ticket for drifting, autocross, and supermoto programs with four major karting events schedule in 2016. Big numbers visited the 1.1-mile course last year with another solid turnout expected for this weekend’s Round Three and Four competition for the United States Pro Kart Series.

It’s the battle of the B’s thus far after the opening weekend of the USPKS program in Franklin Motorsports IAME Pro. The young rookie star Brandon Lemke leads Braden Eves and Brandon Jarsocrak in the championship chase heading to Shawano. Lemke (Franklin Motorsports / Merlin) notched his first Senior victory at the USPKS program Sunday in New Castle and holds a slim 13 point advantage over Eves, the EKN May Driver of the Month. Braden (MDD / Kosmic) won at the SpringNationals and followed it up with his first USPKS victory Saturday in Indiana. The two were clearly the quickest all weekend long, and continue their battle in Shawano this weekend. 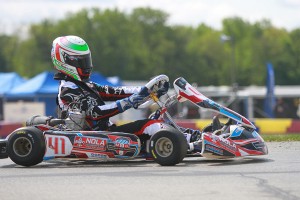 Jarsocrak was the third wheel, placing third in both main events. The 2015 vice-champion was unable to produce strong results in Shawano last year, hurting his chances at the title. Now with KartSport North America aboard a Praga, the former Yamaha Pro champion is hoping to continue his podium streak of three dating back to last year’s finale. Armin Cavkusic (FA Kart) was right there all weekend in New Castle, just on the verge of the podium and enters fourth in the standings. Cavkusic was among the contenders last weekend during the Route 66 Sprint Series event. Topping the results sheet both days was Josh Hotz (Praga North America), as he beat out TJ Koyen (Innovative Performance / Exprit) in each of the main events. Both could be contenders this weekend as well.

Drivers to watch include CompKart’s new driver Austin Garrison who was in the hunt for the win in New Castle, Zach Holden (Comet Kart Sales / Tony Kart), AJ Myers (iKart), Ryan Norberg (Tony Kart) – making his first start at Shawano this weekend, and Mike McAndrews who made his IAME Pro debut here last year aboard the Fullerton with legendary karter Terry Fullerton watching over his new protégé. This weekend also marks the return of Andrick Zeen behind the wheel of a Praga North America entry with the departing of Jake Craig.

The top driver in the Comet Kart Sales Yamaha Pro category over the last two months has been Dakota Pesek. The Ohio driver for Top Kart USA has four straight wins at the Route 66 Sprint Series, including two at New Castle and two last weekend in Shawano. Pesek won the opening round of the USPKS program and was just edged out for the win by Jimmy Simpson in a three-wide photo finish that Sunday in New Castle. Dakota leads the championship standings heading into this weekend and as noted, already has success in the Wisconsin hills. 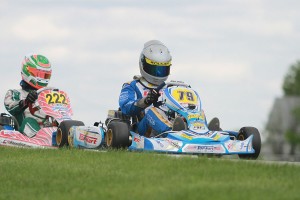 Brandon Lemke is the lead challenger with the Senior rookie trailing by just 50 points. Lemke (Franklin Motorsports / Merlin) had his own success last year in Shawano, sweeping the entire Junior category in a dominating performance that led him to a dual championship season. Zach Holden is also making the transition from Junior to Senior, and also performing double duty as is Lemke. Holden (Comet Kart Sales / Tony Kart) was the runner-up finisher in the photo finish at New Castle, and among the quickest drivers all weekend. The Indiana driver had three podium finishes of his own as a Junior driver last year at Shawano.

Adam Crepin (Tony Kart) has four straight podium finishes at the Route 66 program, including two runner-up results behind Pesek last weekend. He along with Jake McWhirter (Tony Kart) and Minnesota’s Alexander Kardashian (Top Kart) are others to watch on the weekend.

The Junior divisions at the USPKS opener were a toss-up with four drivers winning the four main events. The two that came out of Indiana victorious in the Innovative Performance IAME Junior category was Sam Mayer and Alex Bertagnoli. The Franklin Motorsports / Merlin teammates were among the quickest in the class all weekend. Bertagnoli took the win Saturday with Mayer on Sunday, and earning more points over the weekend to enter Shawano with a 41 point advantage.

Dylan Tavella (Tony Kart) was among the top drivers as well, and sits third in the championship chase but will not be in Shawano due to school finals this week. Stephen Dial (Merlin) has three wins in the Route 66 program in the category, and looking for his first podium at the USPKS level. 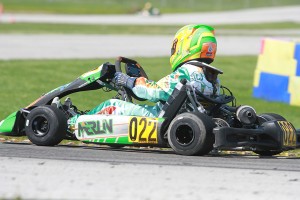 Zack Pretorius was the quickest all weekend in New Castle in Woltjer Racing Engines Yamaha Junior, sweeping Saturday’s action and was in contention to do the same Sunday until he was shuffled back during the second half of the day. The Comet Kart Sales / FA Kart driver leads the championship going into Shawano, a track the Indiana driver has yet to visit. Dylan Tavella (Tony Kart) is second in the standings after winning Round Two in New Castle, but will not be in Shawano due to school finals.

Sam Mayer (Franklin Motorsports / Merlin) stood on the podium in both Finals at New Castle, unable to reach the top step. The Junior rookie will seek his first win in the Yamaha category after a successful weekend in IAME at New Castle. Franklin Motorsports / Merlin drivers Alex Bertagnoli and Austin Schaff will be among the contenders all weekend as well.

Kyle Thome and Reece Gold were the two dominant drivers of the New Castle weekend in Allison Racing Engines IAME Cadet. Thome (Merlin) was the Saturday victor, and followed that up with a third-place performance Sunday to secure the top spot in the championship chase. Gold (Benik) swept the action on Sunday, bouncing back from a tough outing on Saturday and finds himself fourth in the standings. Tyler Maxson (Benik) was the runner-up both days and trails Thome by 31 points in the championship standings. California driver Colin Queen made a return to the program in New Castle, and is third in the title chase entering the weekend. Rookie Nicholas Terlecki (Birel ART) has quickly jumped up to speed with the Cadet drivers and Caleb Bacon just notched his first major victory last weekend at the Route 66 in his Parolin debut. 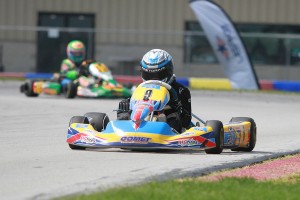 Two wins in New Castle have Kaden Wharff as the driver to beat in the Switch Racing Engines Yamaha Cadet category. Between the Route 66 and USPKS programs, Wharff is five for six in the win column with last weekend’s Sunday victory taken away after an issue with the exhaust internal holes. The Top Kart driver is motivated to bounce back this weekend to extend his championship lead, currently at 40 points over Garrett Adams (FA Kart). The grandson of IndyCar’s Mark Dismore was runner-up at his home track, and venturing out to Shawano for the first time. His brother Logan (FA Kart) is right there in third following a solid weekend last month highlighted by a third-place photo finish just behind Wharff and Garrett. Colin Queen (Tony Kart) and Kyle Thome (Merlin) sit fourth and fifth in the standings with a host of others looking to earn their first podiums of the season. Both Cadet divisions may be the largest race groups of the weekend judging by pre-entry numbers.

Brent Crews (Energy) nearly pulled off the weekend sweep in the Motorsports Driver Development IAME Rookie category in New Castle, missing out on just one heat race win. The Denver, North Carolina driver holds a 94-point advantage over Adam Maxwell (FA Kart), the only driver to beat Crews on the weekend as Paige Crawford (Tony Kart) sits third. Crawford is the driver to beat in the QPS Employment Group Yamaha Rookie division following a double-win weekend. Maxwell is second in the standings as well, 83 points back with Elliot Cox (Benik) sitting third, coming off a three-win weekend at the Route 66 program including one in IAME.