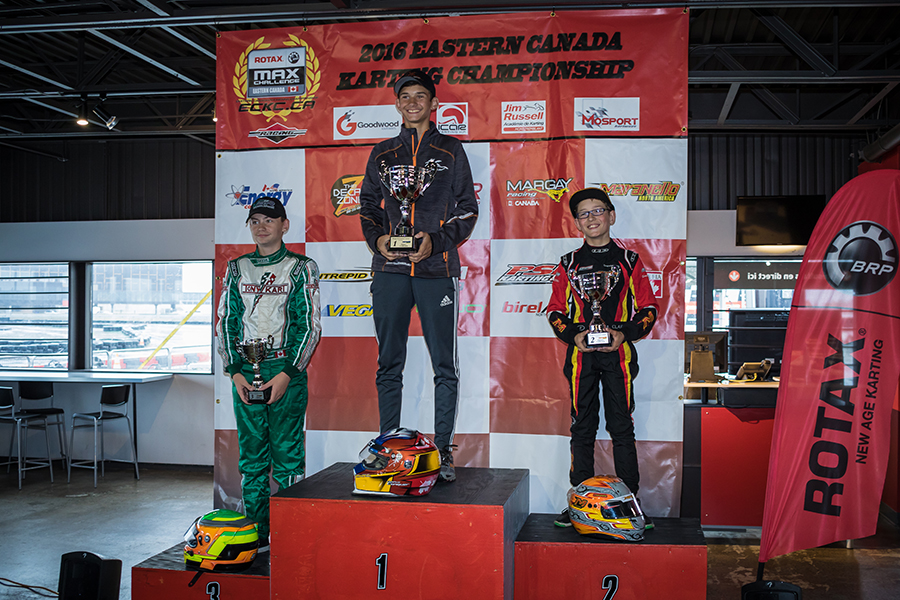 This past weekend Team VSR was at the 2nd Round of the Eastern Canadian Karting Championship that was held at Circuit ICAR in Mirabel, Quebec. Entering the weekend all VSR drivers became accustomed to the track throughout the week and were ready to go to battle! The weekend didn’t go as planned with Majority of Sunday’s 2nd Finals being called off due to torrential rains and track flooding.

In the Junior Categories VSR Drivers had tremendous success in Briggs Junior with Joshua Conquer, Tyson Wassink, and Max Wright dominating the top 4! Conquer topped the podium in 1st, Wassink in 3rd and Wright in 4th in Final 1. In Rotax Junior Christopher Chanko was put on a show in Final 2 moving up to 3rd from 10th by lap 3 before an incident pushed him back to 8th where he finished in heat 1 and 2.

In the Senior Categories Davide Greco had a great weekend in Rotax Senior finishing in 5th place after coming out of the qualifying heats in P7. In Briggs Senior were drivers Mike De La Plante and Michael Yanko finishing in 15th place and 16th place respectively.