More Wins for O’Meara-Hunt and Rooney at Waitara 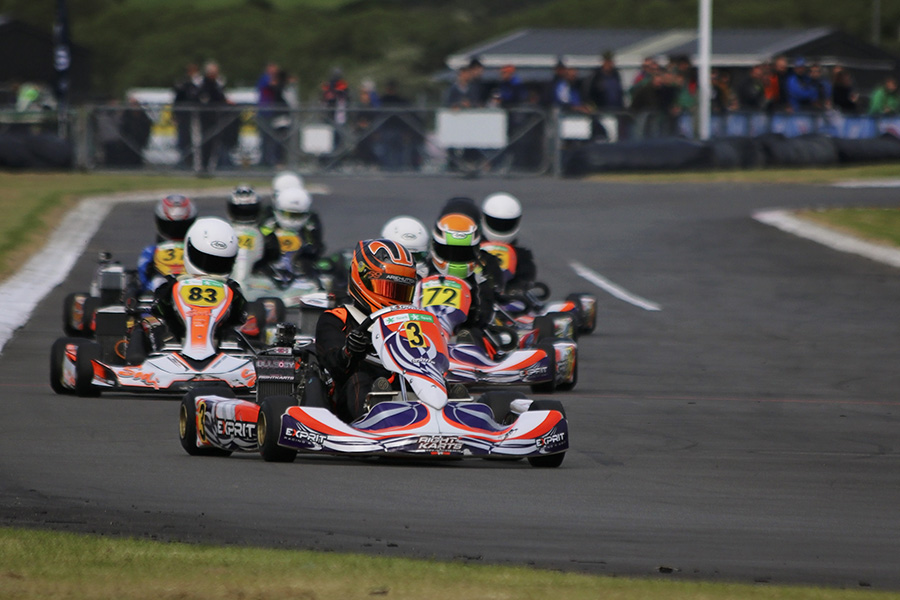 O’Meara-Hunt from Wellington won three of the five Formula Junior class heats to claim overall day victory in that class while Jackson Rooney from Palmerston North won three of his five Vortex Mini ROK heats as well as the stand-alone class Grand Prix race to top score in that class.

The pace was fast and furious in the cool, dry conditions at host club KartSport Taranaki’s Todd Energy Raceway at Waitara, with O’Meara-Hunt twice lowering the track lap record in her class before Tom Greig from Palmerston North claimed it for himself.

Greig also won the Junior Grand Prix race after finally taking the lead on the last lap, and ended up a close second (there was just one point in it) behind O’Meara-Hunt in the Formula Junior class standings with second-generation Hawke’s Bay racers Zac Stichbury and Ronan Murphy third and fourth respectively.

Second both for the day and in the Vortex Mini ROK class Grand Prix was top local driver Thomas Boniface with Ryan Crombie third in class and fourth in the Grand Prix race.

Brent Hickmott, meanwhile, proved the man to beat in ClubSport 120, winning four of his five heats to lead home the winner of the other heat, Braden Parsons and the consistent Brent Robinson in the day standings.