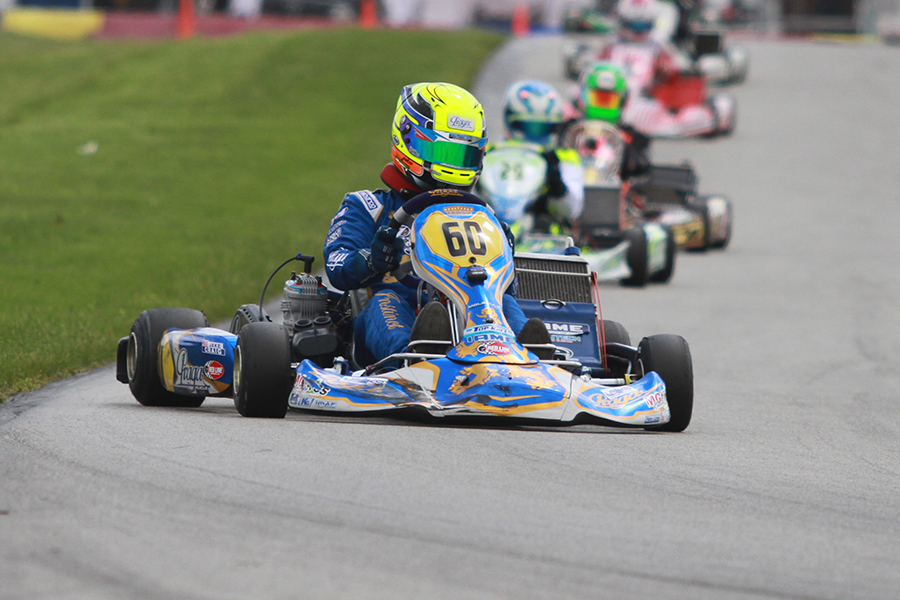 The race for the #1 position in the eKartingNews.com TaG Driver Rankings is well underway. Five months into the 2016 season is now in the books, with a percentage of drivers taking advantage of the first half of the year and others still looking for better results. Dating back to the end of May 2015 for the 12-month tally to calculate the order of the TaG standings, Jake Craig has now moved back into the number one position to close out the month of May.

Craig (Praga North America) has not been setting the United States karting scene on fire thus far in 2016, but the Californian has the best seven-race score from the past 12 months that includes podiums at the two biggest events – the United States Rotax Grand Nationals and the SKUSA SuperNationals. Jarsocrak has slipped down to second, trailing Craig by 27 points. The KartSport North America / Praga pilot lost last year’s first, second finish from the United States Pro Kart Series opener at GoPro, and replaced it with two third-place finishes at New Castle just two weeks ago. Head-to-head in 2016, Craig performed better at the SpringNationals while Jarsocrak had the advantage in New Castle. Ironically, the two ended up pitted next to each other and worked together throughout the USPKS opener.

Still in third is United States Pro Kart Series 2015 champion Elliot Finlayson. The Koene USA / Tony Kart pilot has not been able to capitalize on the first events of 2016, with his best thus far a victory at the Daytona KartWeek 2015. Now into the top-five is Ohio driver Braden Eves. Without a doubt, the month of May was his, winning at the SKUSA SpringNationals and the USPKS opener. Eves (MDD / Kosmic) currently leads the Pro Tour championship and trails by just 13 points in the USPKS title chase.

2016 Challenge of the Americas champion Christian Brooks remains in the fifth position with no change in his point total. The SpringNationals was not as the Nash Motorsportz / CRG driver had hoped for, however, the 15-year-old finished sixth and fourth in his Red Bull Global Rallycross Lites debut in Phoenix two weeks later. Up one position is Ryan Norberg. The Orlando Kart Center / Tony Kart shined in Phoenix, nearly sweeping the weekend only to be sent out into the desert in Sunday’s main event. Norberg did not perform in a similar fashion once arriving at New Castle for the USPKS opener, limiting his advancement in the standings.

The top rookie to this point in 2016 is Brandon Lemke. Advancing up to seventh, the Franklin Motorsports / Merlin driver picked up his first SKUSA Pro Tour podium and the biggest win of the season thus far at the USPKS opener – both on the Sunday rounds. Now the USPKS point leader, Lemke is the target for everyone heading to Shawano where he dominated at a Junior driver. Andrick Zeen drops to eighth as the Californian continues to lose events without replacing them, wrenching for Praga North America drivers.

2014 United States Pro Kart Series title winner AJ Myers finds himself down to ninth. Myers did not have a standout performance at the USPKS opener aboard his iKart machine with a best result of sixth at New Castle. Up 11 positions into the top-10 once again is Kyle Kirkwood. The podium result at the SKUSA SpringNationals in his PSL Karting / Birel ART debut helped to propel the Florida Winter Tour and US Grand Nationals champion back into the top-10. Falling out are Oliver Askew – who lost his SKUSA SpringNationals victory from a year ago – Phillippe Denes and Roger Ralston Jr. 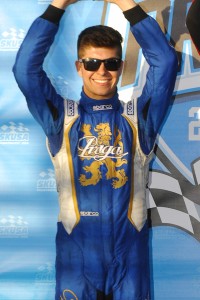 The 2014 season was the best yet by Jake Craig. Last year was a year of transition, going from Tony Kart to Formula K, still fighting for wins and championships. Now in 2016, Craig is adapting to another company and chassis brand with Praga North America. The Californian spent much of the winter testing, and racing a select few events. A podium at the SpringNationals has put himself in title contention once again, just as he did last year, helping to increase his point total and move him to the top of the standings. Add in a good recovery from rough starts at his USPKS debut in New Castle, Craig continues to show why he is among the best drivers in North America. 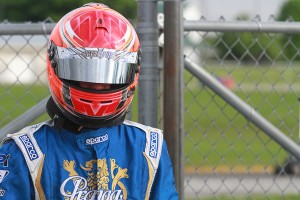 Just a few points lost takes Jarsocrak out of first and down into the second position. The USPKS 2015 opener in North Carolina produced a 1-2 finish in the two races, and losing those races and replacing them with two third-place results equate to the drop in points for the KartSport North America / Praga driver. ‘Money’ has the better average finish between he and Craig, while the #1 driver has two solid results in the only ‘10’ ranked events to put him above Jarsocrak. The battle continues as Brandon heads back to a facility that haunted him throughout 2015, Shawano. 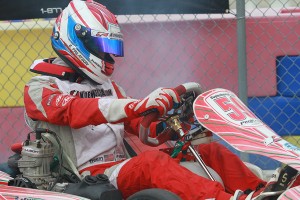 The best average finish of the top-three in the standings is Elliot Finlayson. The unfortunate part of it, all the results came from 2015. The USPKS 2015 champion began a streak of results from June until December that placed him on six podiums in seven races, including a victory at Daytona KartWeek. The Koene USA / Tony Kart driver has yet to visit the steps in any of the 2016 events, including two DNFs at the SKUSA SpringNationals. Shawano was the site of Finlayson’s charge to the top and it will need to be again in 2016. 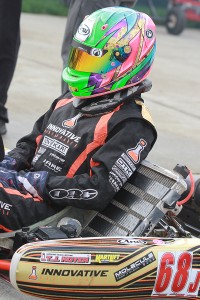 There is nothing bad you can say about TJ Koyen. Now a veteran of the sport at the ripe age of 25, the Innovative Performance / Exprit driver is more than just a talent behind the wheel. Koyen is a regular on the EKN Forums, providing advice and tips for the many who come into the karting community. The Oktane Visual work is decorating many karters across the country with his unique helmet art and new safety apparel lineup. Koyen’s resurgence in TaG competition after taking a year to compete in Yamaha division put him back at the top of the podium at Route 66 competition, and now among the championship contenders in the USPKS title chase.