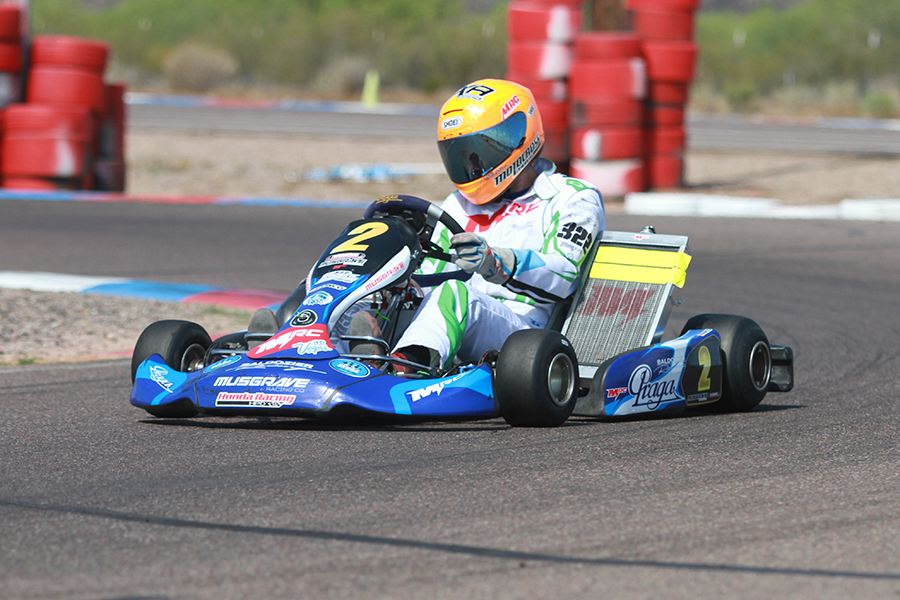 The eKartingNews.com Driver Rankings is beginning to adjust for the new season, removing the beginning races from last year. The transition in the 12-month period in which events are counted toward the best six races for each driver in the Stock Moto category are shuffling up the order toward the top of the standings. As of now, there is no question as to who is the top driver – with Billy Musgrave extending his lead as we close out the month of May.

Musgrave’s victory at the SpringNationals gave him his second SKUSA Pro Tour victory over the past 10 months, keeping him at the top of the Stock Moto Driver Rankings. Musgrave (MRC / Praga) has put himself in contention for the Pro Tour title, in addition to the California ProKart Challenge championship which resumes this weekend in Sonoma. Jumping ahead to the second spot is Arizona driver Kolton Griffin. The top rookie in S1 last year, the Pure Karting / Tony Kart driver is among the top shifterkart pilots in North America.

Dropping to third is Fritz Leesmann, who we saw in Phoenix turning wrenches instead of piloting a six-speed machine. Ron White is another driver that fell one spot, and will continue throughout the season as he focuses on building his race team in NorCal.

This opens the door for new and familiar names to come up to challenge Musgrave as a top driver. Jake French has done his part through the beginning of 2016. The Dallas Karting Complex / SodiKart driver won the Challenge of the Americas title in the winter, and sits third in the SKUSA Pro Tour standings behind race winners Daniel Bray and Musgrave. The SpringNationals was the first podium finish in the S1 category in his five year history in the Pro division, overcoming a wreck in the opening heat race to drive a repaired kart to third Sunday evening.

Jarred Campbell is no stranger to the top-10 of the EKN Driver Rankings, moving up after his S2 debut season and continuing a run at the top following his rookie S1 year in 2015 as California ProKart Challenge title winner. Now back on the Intrepid colors with Champion Racing, Campbell is gearing for the second half of the California PKC championship chase.

The top S2 pilot in the EKN Driver Rankings is now Austin Wilkins. Victory at the SpringNationals has propelled him to the seventh position in the standings, becoming the second Dallas Karting Complex / SodiKart driver inside the top-10. Wilkins came on late in 2015, emerging as one of the quick drivers at the SuperNationals. When conditions became tough for the main event Saturday in Phoenix, Wilkins stood out and drove away to the big victory.

Jacob Neal has moved back into the top-10, racing a full season with VRP and Diego Valverde. Neal (Tony Kart) is fourth in the California PKC standings heading to his new home track of Sonoma. Defending S2 Pro Tour champion Carter Williams (Phil Giebler Racing / Ricciardo) has dropped four positions to ninth. Losing the strong performances from a year ago in that category, the Californian was unable to replace them in his Pro Tour debut in S1. Rounding out the top-10 is the second S2 driver Hunter Pickett (Aluminos). The SpringNationals began rough for the California driver, involved in the morning warm-up incident that injured driver Kyle Smith and assistant race director Scott Clark. Miguel Lopez (GP), Marco Eakins (Formula K) and Luke Shanahan (Tony Kart) dropped out of the top-10. 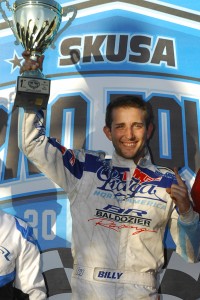 It has been a busy first five months of the season for Billy Musgrave as the MRC / Praga driver is pulling double duty. The #1 EKN Driver Rankings pilot remains as the driver to beat in the Stock Moto division, while etching his name in the chase for the top spot in the TaG category performing double duty in 2016. Musgrave is the lone driver to have multiple victories in the last five Pro Tour races, dating back to his first ever at the 2015 SummerNationals. In those five main events, Musgrave has two wins and three fourth-place finishes. Those results without a doubt make him the top shifterkart driver in North America today. 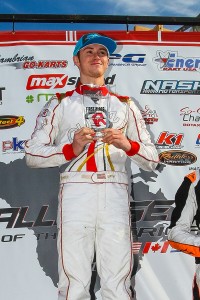 The first S1 victory is just around the corner for Kolton Griffin. The 2016 Challenge of the Americas vice-champion landed two wins this winter, helping to boost his confidence coming off a solid rookie season in 2015. Three top-five finishes in four starts on the Pro Tour help the stats for the Pure Karting / Tony Kart driver, who also earned his first SKUSA S1 podium finish at last year’s SummerNationals. Griffin’s score would be even higher, had he competed at the SuperNationals 2015 last November. Two more podium finishes this July in New Castle will be needed to help close the gap to Musgrave. 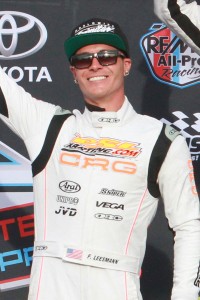 It is very odd to see one of the best shifterkart pilots the United States has produced on the sideline. Fritz is turning wrenched for the next generation of stars, instead of piloting a six-speed machine. Next to Gary Carlton, Leesmann is among the best in the last decade of karting here in North America. A two-time SKUSA Pro Tour champion, two-time Challenge of the Americas DD2 title winner, multi-time race winner and Team USA member in 2012-2013. I have no doubt we will see him behind the wheel sometime, as the SuperNationals victory is still the only void on his CV. 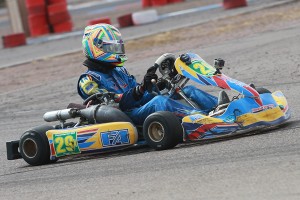 There is not much talk about karting in the state of Maryland. Rory van der Steur is attempting to change that, as this month’s ‘On the Move’. Rory has been traveling from the east coast to the west coast, competing in the California ProKart Challenge events in the S2 Semi-Pro division. A string of top-10 results led to a victory at the opening event of The F-Series held at GoPro Motorplex, beating out a 27-driver field that included S1 drivers Robert Bujdoso and Josh Lane. The 16-year-old recorded a best finish of seventh at his SKUSA Pro Tour S2 debut.