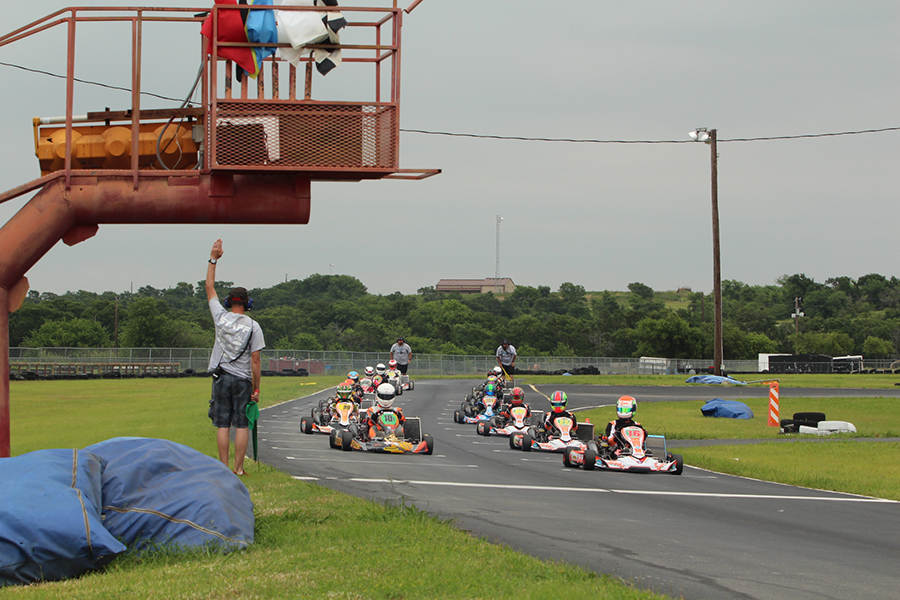 The 2016 season is underway for the Texas ProKart Challenge, hosting the opening event of year at the North Texas Karters facility. The Denton, Texas circuit welcomed racers of the P1 Promotions Superkarts! USA and Texas Barge & Boat Inc. Rotax Max Challenge programs to begin their championship chases. Racers battled around the 1/2-mile course in six race groups, featuring qualifying, two heat races and a final for each round following a full day of practice on Friday. Rain Saturday morning made things interesting prior to qualifying, but the weather turned around and was perfect for racing. The Friday night series kick-off dinner welcomed all the competitors, team members and racing families to begin the new era of the Texas ProKart Challenge, building a sense of community off-track in the hopes of making a positive impact on-track. 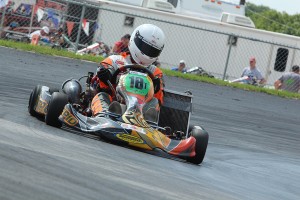 A few drivers earned perfect scores on the weekend to start off the 2016 Texas PKC season at the top.  The weekend was a near sweep in the S2 Semi-Pro Stock Moto category with Jordon Musser leading much of the weekend while Austin Wilkins stole one of the feature wins. Musser, a former S4 Pro Tour champion, set fast time in the overall qualifying session Saturday, including edging out S1 Pro Stock Moto driver Jake French by 35 thousandths of a second. French won the two heat races over Musser and was leading the main event until the bumper bolt broke, ending his race prematurely. This handed the overall lead to Austin Wilkins after Musser drove off-track earlier in the race. Wilkins led the remainder of the laps to score the victory over Lawson Nagel. Musser fought his way back up to the third position over Hannah Williams and Erin Sims. Both French and Musser bounced back Sunday. Musser set fast time once again in qualifying, with French advancing to the top position in both heat races with Jordon running second overall. They went 1-2 for the entire 20 laps of the Final, each earning the victory in their respective categories. Wilkins was second behind Musser with Nagel crossing in third. Colin Long and Williams completed the top-five. French swept the S1 division as the lone competitor, as did Rod Clinard in the S4 Master Stock Moto category. 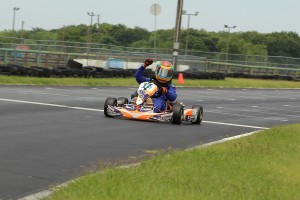 The largest category of the weekend was the new Mini Swift division, featuring 18 drivers. Saturday belonged to Caiden Mitchell while Sunday was a juggling act at the front until Branyon Tiner triumphed in the Final. Mitchell was untouchable for Round One, setting the pace in qualifying before leading each of the 12-lap heat races. Caiden led all 16 laps of the main event to a 4.9-second advantage for the victory. Tiner was second with John Burke completing the podium. Chase Gardner and Aden Rudolph finished fourth and fifth. Gardner set the tone Sunday as top qualifier, edging out Destin Shields for the fast time. Tiner worked by both in the opening heat for the win as Shields bounced back to P1 in Heat #2. Shields set the pace in the Final until spinning on lap nine, shuffling up the order at the front. Tiner took control of the lead and drove to a five-second victory. Ayrton Hernandez and Burke joined him on the podium with Gardner and Mitchell rounding out the top-five. Tiner had two more victories on the weekend, sweeping the two rounds in the Mini Max division. The advantage was 11 seconds in the first main event of the weekend, beating Kaden Gray and Tristen Hanway. Sunday was similar with the same order on the podium, featuring Tiner as the victor. 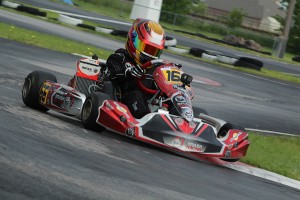 Branyon Tiner won three times on the weekend, including two round sweeps in the Mini Max class (Photo: DreamsCapturedPhoto.net)

Rotax Junior featured 13 drivers, and all were chasing Maxwell Waithman. After securing fast time in qualifying, Waithman was shuffled back at the start of Heat #1. He rebounded to score the win and drove another win in Heat #2 before leading all 16 laps of the main event. Marcelo Garcia drove to second over Brandin Warwas. Alejandro Jaramillo and Cade McKee made up the top-five. Sunday was even better for Maxwell, as he led every single lap of competition and recorded the fast lap of the main event to earn a perfect score for Round Two. Jaramillo improved to second, with Cash Tiner beating out Warwas and Landen Wilkins for the third position of the podium.

Two different drivers swept the eight-driver Rotax Senior category with Brett Mitchell in control Saturday and Gabe Bargas at the top of the order on Sunday. Mitchell led all on-track sessions for Round One, pulling out to a 3.1-second advantage in the main event. Nathan Ratton and Miguel Mier joined him on the podium. Sunday was Bargas’ turn, setting the pace throughout the day, concluding with a 2.6-second margin of victory in the main event. Mitchell settled for the runner-up position with Thomas Beaudoin in the third spot. 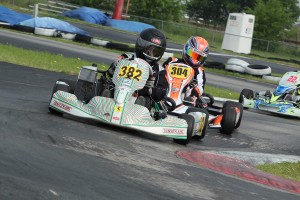 Brett Mitchell kicked off the year with a sweep of Round One in Rotax Senior (Photo: DreamsCapturedPhoto.net)

The X30 Senior division saw two different winners as well, with Max Hewitt and Nathan Adds on the P1 step of the podium. Round One began with Lane Vacala at the front of the field with fast time in qualifying and the Heat #1 win. Hewitt took over the point at the halfway mark of Heat #2, going on to score the race win. Hewitt led all 20 laps of the main event, stretching out to a 4.3-second advantage over Vacala. Last year’s vice-champion Nick Martin completed the podium in third, making a return to the seat after six months. Adds found speed overnight and never relinquished the top spot in Round Two. Nathan set a blistering lap in qualifying and drove unchallenged to the heat race wins. Hewitt closed up in the Final, coming up just short as Adds took the checkered flag first. Vacala added another podium finish on the weekend in third.

Matt Stretch earned the victory both days in the X30 Junior class after a hard-fought two rounds of competition. Stretch set fast time in qualifying but came three laps short of the checkered flag in Heat #1, giving the win to Preston Perlmutter. Matt fought his way back to the front of the field in Heat #2, only to be disqualified for an ignition issue. He overcame the penalty, driving himself to the point and going on to earn the victory in Round One by four-seconds. Cooper Heffley ended up second with Perlmutter in third. Taylor Zander stepped up and was the quickest in qualifying to begin Sunday’s round of racing. Stretch retook the top spot in Heat #1, going on to win the second heat, and drove to a seven-second advantage in Final for the second victory. Zander beat out Perlmutter by just 39 thousandths of a second at the stripe. 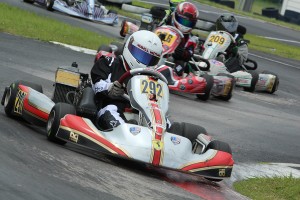 The new Micro Swift division made its Texas ProKart Challenge debut with a total of six drivers taking part, two of them holding the distinct pleasure of having their names in the history books as the first two winners. Juan Pablo Cepeda swept Round One to become the inaugural Texas ProKart Challenge Micro Swift winner. He edged out Noah Baker for the victory with Davis Cunningham placing third. Sunday was another fight between the top-two. Baker got the edge in qualifying while Cepeda won both heat races. They went back and forth for the lead in the 16-lap Final, with Cepeda reaching the checkered flag first by just under two tenths. Cepeda had the win taken away for no carburetor filter, giving Baker the top step of the podium. Gabby Selden was awarded second with Miles Preston Hewitt in third.

Next month, the program heads north to the famous Oklahoma Motorsports Complex in Norman, Oklahoma on June 10-12 with registration opening very soon. Additional updates are available texasprokartchallenge.com and be sure to find Texas ProKart Challenge on Facebook, Twitter and Instagram.