Fourth season kicks off in Month of May, back home again in Indiana 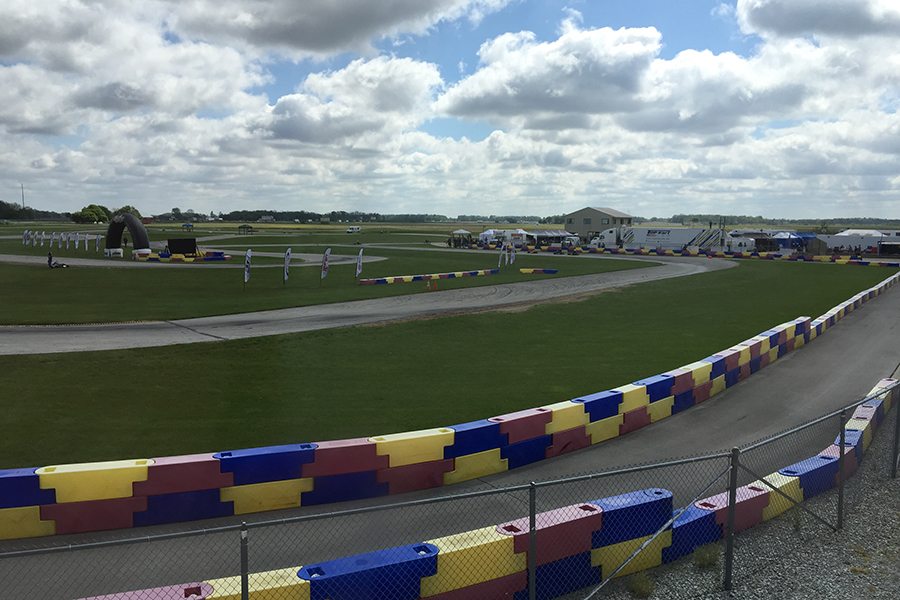 EKN’s Paddock Insider is a new Trackside coverage addition, bringing you notes, updates and breaking news as it happens. The article will be a timeline of events as they happen during the 2016 United States Pro Kart Series opener at the New Castle Motorsports Park in New Castle, Indiana. The information will not be seen anywhere else, including interviews and photos. Please feel free to comment and discuss our coverage and today’s action in the EKN Global Members Discussion area below: For complete coverage head to the EKN Event Page.

During Saturday’s action, California driver Jake Craig found a new place in the paddock after morning warm-up. The Praga driver was pitted under the Praga North America tent this weekend, making his series debut. Following some disagreements, Craig and mechanic Kyle Kuntze were nearly about to walk out of facility for the weekend when KartSport North America opened up its doors to welcome the Praga driver. Craig fought his way back to a 10th after an opening heat race off in the first turn, coming from 17th on the grid. It is uncertain the future of Craig’s time with Praga North America, as we will follow the relationship after the weekend.

Kaden Whraff celebrated his first series victory in the Yamaha division, but finished the day with a talk by the officials. On the opening lap of the IAME Cadet final, Whraff drove into the side of Luca Mars on the straightaway between turns 4-5, heading into the green corner. It was a very aggressive move that officials called in, and moved the driver to finish behind Mars, who did not finish the race. Looking at the on-board video, it was a scary move. USPKS officials sat down with him and his parents, with Kaden under watch the rest of the weekend, and likely the rest of the season.

Garage sale at the track #EKNatUSPKS 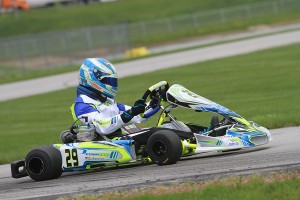 Among the new competitors here at the USPKS opener is Austin Garrison. The longtime OGP driver has moved over to the COMPKART chassis with J3 Competition. This is the first time aboard the chassis and working with the team as their lead Senior driver, and first time at NCMP since his Cadet years. His plans for 2016 include the USPKS, F-Series, WKA Manufacturers Cup, SKUSA, and other selected events, bouncing back and forth between the TaG and shifterkart packages. Talking with him after the first three rounds, he’s happy with how the kart is handling and how the team is working. Garrison was among the top-10 drivers early on. 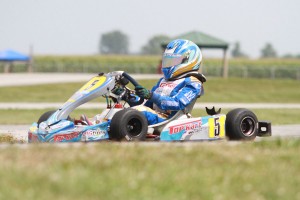 For the past few years, Jason Welage has been among the top drivers in the Cadet ranks across the nation. Last season brought a USPKS championship in the Yamaha division, a year after being profiled in the KartLife reality television show. Welage was scheduled to compete here this weekend, until a post on Facebook came on his father’s page. They have elected to leave karting as of now, to pursue other forms of motorsports. Unfortunately, it is an all-to-common theme in our sport. Before, it was when kids began turning 16-years of age that they began leaving. Now, year after year, the age has gone even lower. Whether its a case of being burnt out from too much racing, not happy with the results being posted, or just financial issues limiting their race time – we see too many families and drivers leave the sport. The days of lifetime karters is really coming to a close with my generation and the one before it.

The 2016 United States Pro Kart Series is officially underway at the New Castle Motorsports Park. Practice today is on the schedule as the series kicks off a month later than the previous three seasons. Also, the location is different, opening up at here in Indiana instead of the GoPro Motorplex. The entries are a bit down from last year’s opener, at 160 entries per day compared to last year’s total over 180. Part of the reason could be the impact of the WKA Winter Cup taking budget away from some racers, and the month later start. Strong rain storms washed through the area the past few days, bringing with it a cold front. Temperatures are below normal for this time of year with coats and pants the attire of choice. Thankfully, precipitation is not forecasted for the weekend.