New faces at top of the Junior ranks for this season 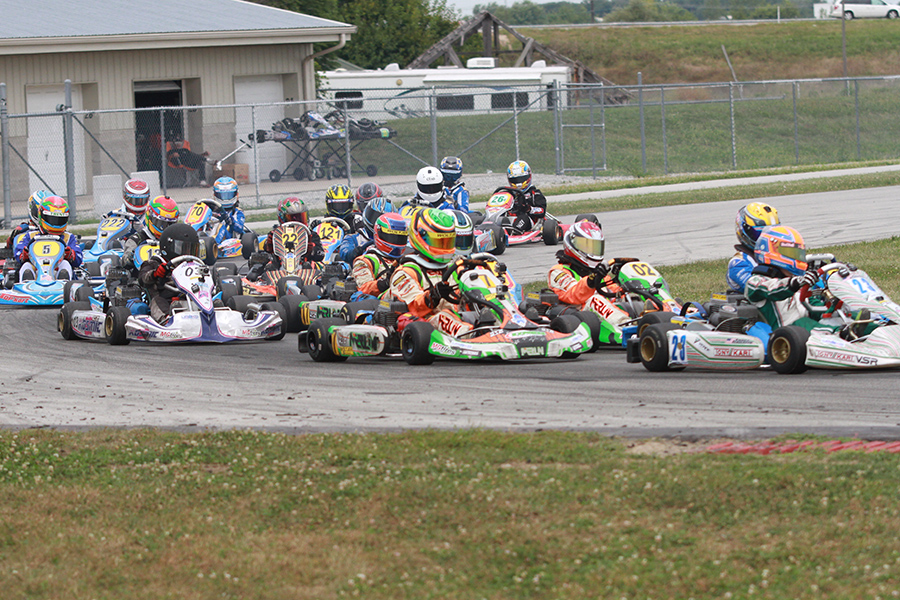 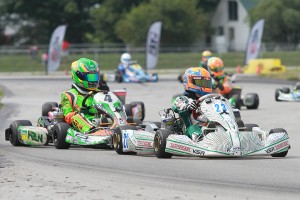 Lance Fenderson and Alex Bertagnoli are among the top contenders in IAME Junior (Photo: EKN)

The past few seasons, the Junior divisions at the USPKS has been controlled by the likes of Lemke, Holden and Malukas. Their graduation to the Senior level has elevated those who were challenging just for a podium spot, as now the lead contenders for victories and the championship. Lance Fenderson graduated to Junior last year and finished as the top rookie in 2015. The VSR / Tony Kart driver finished third last year in the IAME Junior standings with a best finish of third in eight races. Fenderson is on a roll on the east coast, winning five of the six WKA Winter Cup races toward the championship, along with two wins in four races in the WKA Manufacturers Cup Series.

Also moving up were the Franklin Motorsports / Merlin duo of Alex Bertagnoli and Austin Schaff. Bertagnoli had one podium finish with Schaff among those finishing in the top-five throughout the season. Alex was a double winner at the WKA Daytona KartWeek this winter. Steven Dial (Merlin) is making his IAME Junior debut after one year of Yamaha Junior season under his belt. Dial won both feature races at the recent Route 66 Sprint Series event at New Castle, quickly putting him among the contenders list. David Kalb Jr. (FA Kart) is doing the same after showing well in Yamaha competition in 2015.

Former two-time USPKS Cadet champion Dylan Tavella is set to make his USPKS return after missing much of 2015 following the opening event. Tavella (Tony Kart) spent the winter in Florida competing the international programs as he begins his second season as a Junior driver. Sam Mayer was the inaugural USPKS Yamaha Cadet champion in 2013, and was shut out in the title column the past two seasons. Now the Franklin Motorsports / Merlin driver is making the jump to the Junior ranks following a busy season of racing Legends this winter. 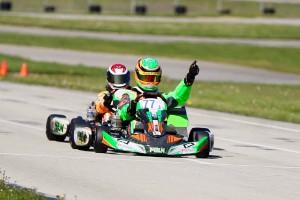 Stephen Dial is moving from Yamaha to IAME this year, already with two wins at Route 66 (Photo: Route66kartracing.com)

The Yamaha division has been much like that of the IAME, led by Brandon Lemke in 2015 and Zach Holden the two previous seasons. Lemke only scored six of the eight race wins, with Gio Bromante and Lance Fenderson able to triumph last year. None of the top-five finishers in the championship chase are returning, leaving an open door for new faces to take control of the category.

Among the notables is the Franklin Motorsports / Merlin duo of Alex Bertagnoli and Austin Schaff. Neither competed in the Yamaha division during their rookie season in 2015, now set to do the double in 2016. 2014 USPKS Cadet champion Dylan Tavella (Tony Kart) is returning back to USPKS after missing most of 2015, and has always shown well in Yamaha competition. David Kalb Jr. (FA Kart) and Ben Varner (Merlin) finished inside the top-10 in the championship chase in 2015, looking to move up the order this season.

Sam Mayer and Aidan Harrington lead the rookie class for the Yamaha Junior division. Mayer is the 2013 USPKS Yamaha Cadet champion, but was shut out in the title chase the last two seasons. A full year of Legends racing under his belt, Mayer (Franklin Motorsports / Merlin) is ready to battle the big kids. Harrington (Kosmic) is among the tallest Cadet competitors last year, and is ready for the full size machines. Zack Pretoius (FA Kart) won both main events at the Route 66 Sprint Series event in April, and set to make his USPKS debut this weekend.