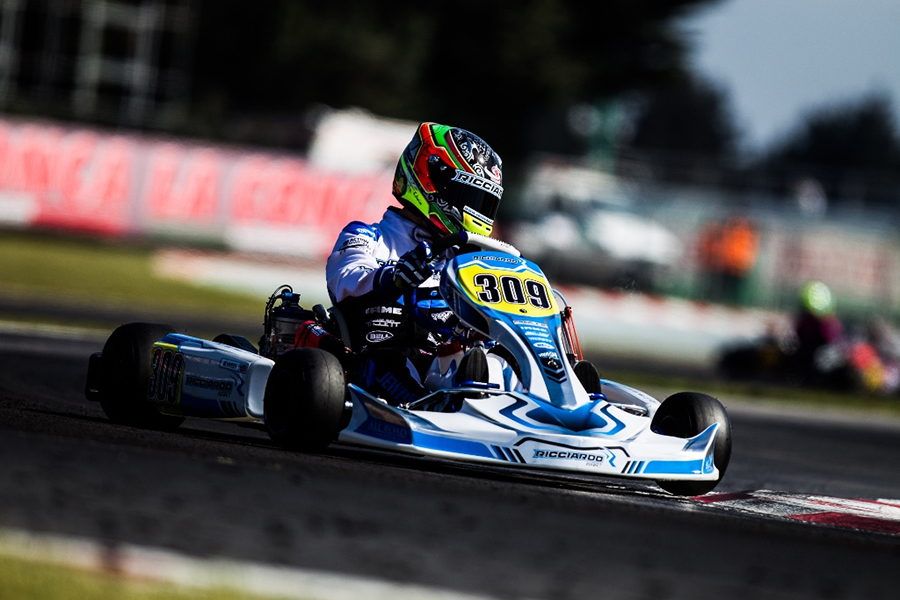 Kiern Jewiss heads to Spain this weekend for round one of the CIK-FIA European Junior Championship at the Zuera International Circuit in Zaragoza.

Racing in the OK Junior class, Jewiss will have stiff competition as he competes for the European title, but it is hoped that following hard work and productive testing he will continue his recent success in the WSK Champions Cup, where he won his debut race for Ricciardo Kart.

Kiern commented ahead of the weekend: “After a short break with focus on testing we’re moving everything up another level. I’m looking forward to showing our full potential. I haven’t been to the circuit before, however there is a lot of testing leading up to the qualifying, so we should be in a strong position.”

Head of MB Partners’ Young Driver Academy, Kieren Clark added: “Kiern and the Ricciardo team have put a lot of effort into the package in recent weeks, this should show in a positive way this weekend. Although results were not what were expected in the previous races, I’m confident that Kiern will be back to challenging for the win as he did in Adria at the Champions Cup.”

The CIK- FIA European Junior Championship has four rounds in total. Remaining races are to be held at Adria in Italy from 02 June to 05 June, the Portico track in Portugal from 23 June to 36 June and Genk, Germany from 28 to 31 July.

The 1,770 metre long Zuera International Circuit, which plays host to round one, is situated in the Zaragoza region of Spain. The area is generally sunny but often windy, presenting potential additional challenges for the karters. The event will be held from 11th to 15th May and can be viewed via live streaming at www.cikfia.tv and www.cikfiachampionship.com