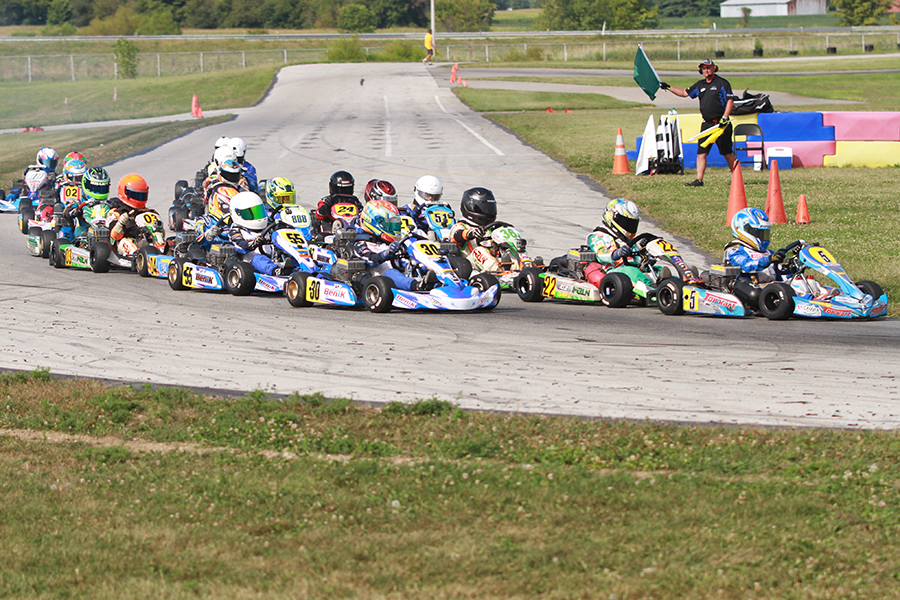 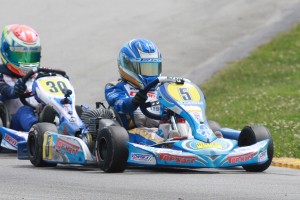 The 2016 season marks a transition in the Cadet division, moving to the IAME brand. Many of the top contenders and winners from a year ago have graduated to the Junior ranks, leaving the now all IAME Swift class open for a new champion. Among the pre-season favorites are three winners from last year.

Jason Welage was crowned champion during the 2015 USPKS season, earning the title in the Yamaha division while place third in the TaG championship chase. The Top Kart USA driver won in South Bend, placing runner-up both days at the season finale in New Castle. Welage already added a WKA Winter Cup title to his CV this year, and looking to add more in 2016. Robert Noaker III closed out the season with a dramatic photo finish for his one and only victory in the category, finishing the championship in the fourth position. The Franklin Motorsports / Merlin driver had a fair winter season program, looking to kick off the USPKS just as he closed out last year. Tyler Maxson scored his first series victory at the South Bend event last year, placing top step on the podium during the Saturday round. The Benik driver is coming off another first, placing P1 at the SKUSA SpringNationals in Phoenix.

Kyle Thome (Franklin Motorsports / Merlin) and James Egozi (Benik) showed pace at the end of the 2015 season, each landing on the podium once in the closing two events. Thome is fresh off a two podium performance at the SKUSA SpringNationals. 2015 USPKS Yamaha Rookie champion Donald Whorton II (Tony Kart) is making the jump up to the Cadet level this season, with others set to emerge as regular contenders this season. 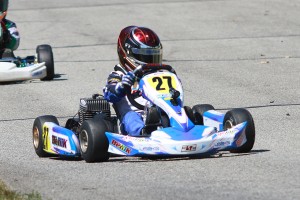 Tyler Maxson is slated to be among the title contenders in the Yamaha Cadet championship chase (Photo: EKN)

The Yamaha Cadet division has been among the most competitive categories throughout the four year history for the United States Pro Kart Series. Last year’s champion Jason Welage will not defend his crown, focusing primarily on his IAME Cadet program. This has opened the door for a driver to emerge as the fourth different series champion in the category.

Among them are two of the top contenders in the IAME class. Tyler Maxson (Benik) is the only returning driver with a victory in 2015, leaving Shawano with his first series triumph. Podium finishes could be something we see a lot of from this Georgia driver. Robert Noaker III (Franklin Motorsports / Merlin) finished fifth, right behind Maxson in the championship standings despite never finishing inside the top-three in eight races. Kyle Thome (Franklin Motorsports / Merlin) and Kaden Wharff (Top Kart) finished on the podium in 2015, back for another year with promise of better results. James Lynch (Haase) is another driver that continued to improve throughout the season, and is among the top-five returning drivers.

A strong group of Cadet rookies are set to begin their 2016 season at the USPKS. Lucas Smalec (Merlin), Conner Churchill (Tony Kart) and Bayne Bennett II (Tony Kart) were among the contenders all last season in Rookie, and are now among the 21 drivers set to contest the Yamaha Cadet series opener.

2016 also marks the debut of the IAME Rookie division. The Yamaha counterpart has been part of the USPKS since its birth in 2013. Three of last year’s Yamaha racers are taking part in the inaugural IAME Rookie weekend, with eight of the 13 drivers performing double duty. Brent Crews (OTK) was the 2016 WKA Winter Cup champion and Eli Trull (Fullerton) is the current WKA Manufacturers Cup Series point leader, showing the talent set to battle in New Castle.

All of the top contenders from last year’s championship chase have graduated on to the Cadet level, leaving 2016 with a young and fresh group of racers set to compete. Just two racers come into the opening weekend in New Castle with USPKS experience – Elliot Cox (Benik) and Eli Trull (Fullerton). All but one is doing the double duty to help maximize their track time and improve their pace throughout the weekend.