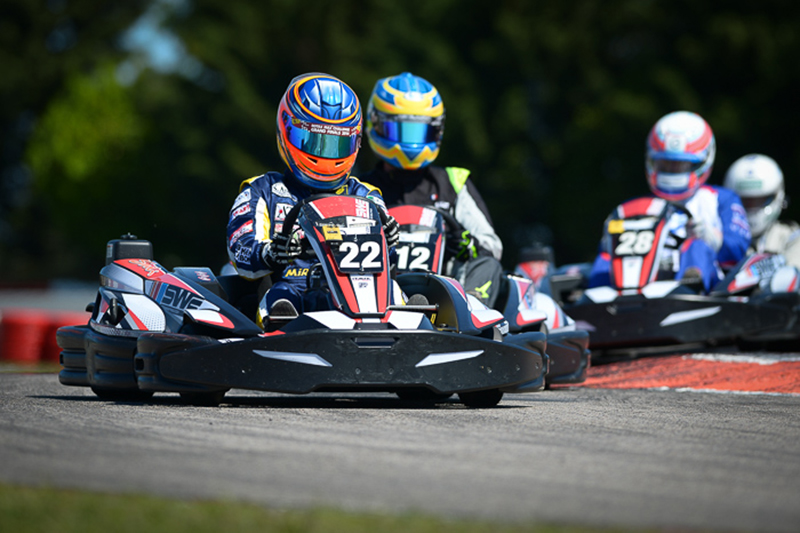 The flagship event of the Sodi World Series will take place again this year on the prestigious site of the Racing Kart de Cormeilles near Paris, from 7th to 9th July 2016. 280 drivers from all five continents will compete in the 7th edition of the SWS World Finals at one of Europe’s finest karting circuits. The programme will be especially attractive with intense days of competition, along with exclusive entertainment and unique prizes.

In 2015, the Sodi World Series enabled 35,000 drivers compete at over 3,000 races all over the world with 220 partner circuits for the benchmark World Championship of leisure karting. Launched in 2009 by Sodikart, the world No. 1 in karting, the concept has continued to grow on every continent. The secret of such success is based on the unsurpassed quality of Sodi Rental karts, always at the forefront of innovation, as well as faultless joint organisation at all SWS certified circuits.

With driving pleasure the main objective in a unique sporting and festive atmosphere with a necessary dose of fair play, the 2016 SWS World Final is preparing to host the 280 qualified drivers from the Sodi World Series season from more than 30 countries. Several newcomers like China, Costa Rica, Slovakia, Lebanon and Morocco are entering drivers this year in addition to nations traditionally represented like France, Italy, Belgium, Canada and the United Arab Emirates. With the know-how of 3MK Events and RKC, the sporting schedule of the event will allow everyone to give free rein to their passion for karting simultaneously on the two tracks at Cormeilles, 1200m and 1000m long. The Sprint races will use the renowned Sodi RX 250, while the Juniors will compete at the wheel of the Sodi LR5. The 40 qualified teams in Endurance will benefit from practice sessions before starting off for the Endurance Cup, a great night race of 12 hours!

Exceptional allocations!
This year 3MK Events will offer prizes of exceptional quality. First, the winner of the 2016 Junior Cup will receive full equipment including an Alpinestars racesuit the same as that of the official drivers of the Sodi Racing Team, as well as boots, gloves and a Bell helmet.

The winning team in the Endurance Cup will form a competition team to participate in the legendary 24 Hours of Le Mans Karting, the most legendary endurance race in the world, which will take place on 17th and 18th September.

The winner of the Sprint Cup will meanwhile be invited to spend two days in formal training with the Sodi Racing Team, a unique immersion in the world of high-level competition. The Sodikart factory will open its doors for a personalised discovery of its infrastructure and expertise. The 2016 SWS International champion then participate as a driver in a day’s testing alongside Anthony Abbasse and Bas Lammers, the Sodi factory drivers. An unforgettable experience with the Sodi Racing Team and its talented drivers who are used to international podiums!

Finally, all competitors of the SWS World Final will be invited to a extraordinary closing evening, on Saturday, July 9th, in the heart of Paris.

Planning for the 2016 SWS World Final

The meeting starts at Racing Kart de Cormeilles from 14 pm Thursday, July 7th. The presence of the teams and all of the drivers is mandatory for administrative control and briefing.
Friday and Saturday will be devoted to the many races of the Sprint Cup and the Junior Cup which will be completed on Saturday afternoon. The teams of the Endurance Cup will have more than two hours of running in free and timed practice before starting their 12 hours at night on Friday night.

For the lucky qualifiers, registration is done online without delay from the driver’s account.