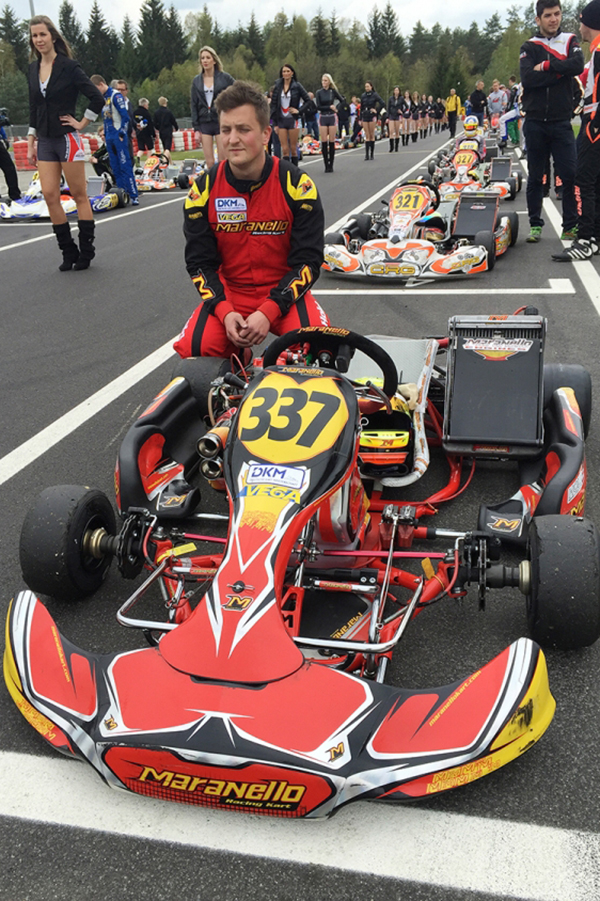 Christoph Hold has been among the quickest and an absolute protagonist of the first round of the German Championship in the DMSB Shifterkart Cup KZ2, scoring two second places in the exciting Finals of Wackersdorf.

Maranello Kart put in an excellent performance in the opener of the German Championship held at the circuit of Wackersdorf, as the Austrian driver Christoph Hold scored two podiums on Maranello-Modena in as many exciting finals of the DMSB Shifterkart Cup KZ2.

The Maranello Kart driver has been an absolute protagonist since the beginning of the first event of the German season: he set the pole position and hauled a victory and a second place in the heats, that earned him a pole position start in the first of the two finals.

Hold took an early lead in Race-1, keeping it for most of the race. He then engaged in a great duel for the victory with CRG driver Max Tubben and eventually ended second.

Another great duel for P1 characterized Race-2. Christoph Hold managed in fact to find his way past poleman and Race-1 winner Tubben after a few laps. Hold authoritatively led the second final up to the 14th of the 21 scheduled laps, when he was overtaken by Tubben, but managed to stay very close to his rival all the way to the flag. Thanks to these two second places, Hold and Maranello Kart confirmed to be among the main protagonists of the German championship and currently hold the second place of the classification 7 points short of Tubben.

The American Jason Alden has also been competing on Maranello Kart in Wackersdorf, but a retirement in Race-1 compromised his final result and relegated him to the 26th place in Race-2.

The next rounds of the German Championship:

All results are available at www.kart-dm.de/en/home/