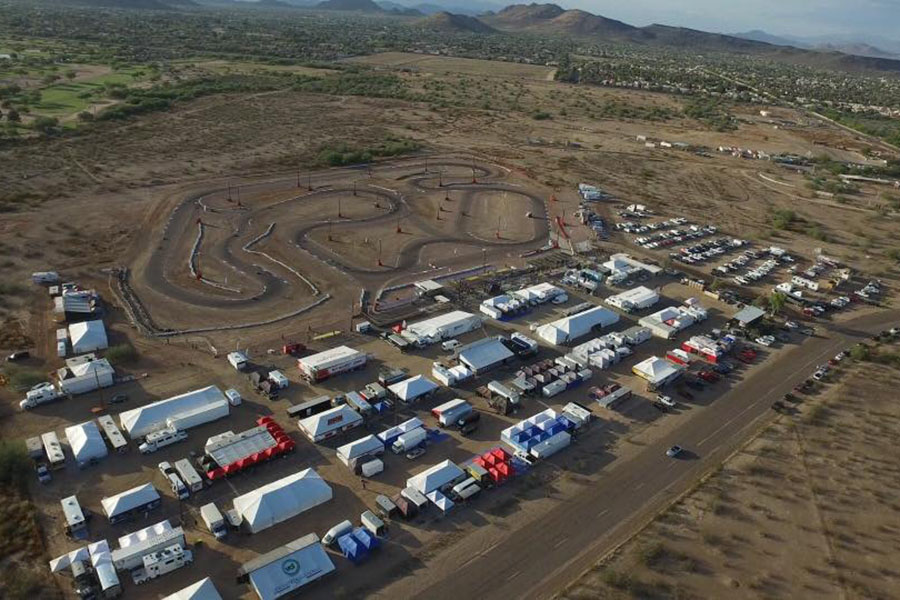 EKN’s Paddock Insider is a new Trackside coverage addition, bringing you notes, updates and breaking news as it happens. The article will be a timeline of events as they happen during the 2016 Superkarts! USA Pro Tour SpringNationals at the Phoenix Kart Racing Association in Glendale, Arizona. The information will not be seen anywhere else, including interviews and photos. Please feel free to comment and discuss our coverage and today’s action in the EKN Global Members Discussion area below: For complete coverage head to the EKN Event Page.

eShifterKart and CKR On Site at SpringNationals 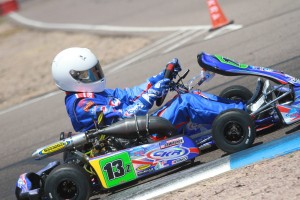 Competitive Kart Racing (CKR) is entering the US karting market under the eShifterKart.com is based out of Idaho, and looking to build shifterkart racing and karting in general around the northwest market. Their website is loaded with a complete online store for everything karters need, including the full range of CKR chassis models. Led by James O’Brien, the team is putting all its chips into one driver – Terry Lawrence. The 11-time IKF Duffy winner was among the top drivers along the west coast in the 90s and moved to the industry side of things with SodiKart. After leaving there, he moved back west and began racing again, eventually partnering up with eShifterKart last season. The two have been very happy with the progress and pace off the trailer in the S4 Master division, looking to bring CKR its first podium and possible victory this weekend. 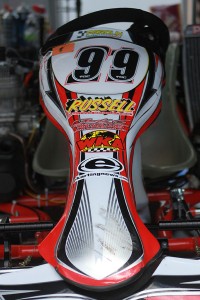 The familiar #99 that we have seen for the past few seasons on the SKUSA Pro Tour is making a new home as of Practice 4 here at PKRA. X30 Master driver Scott Falcone, a former series champion, has took up the offer for Jim Russell Jr. at Russell Karting Specialties to drive one of his Parolin machines with RKS X30 power. Falcone sampled the machine early this morning in Practice 1, and attempted to get his Kosmic machine up to the same pace. The Parolin seems to favor Falcone’s driving style, along with the Russell Karting Specialties powerplant. Russell is here, not as a driver but to support the Parolin drivers competing this weekend. Among them is Micro Swift driver Caleb Gafrarar – a Kid Kart graduate making his Pro Tour debut and son to former SuperNationals podium finisher Chuck Gafrarar. Dominic Gorden is piloting a Parolin in Mini Swift, and the shifterkart models have been performing well in Europe. Russell also has to give the Read family thanks for providing their truck to haul his trailer out to Phoenix after his rig seized up just outside Wichita, Kansas. 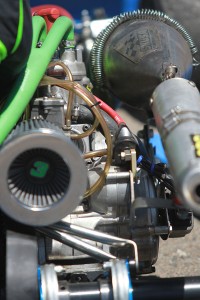 In March at the California ProKart Challenge, Superkarts! USA confiscated four Honda CR125 engines from the first and second place finishers in the S1 Pro and S4 Master division. They were impounded by SKUSA National Tech Director John Motley and taken to HPD headquarters for in-depth inspection. Due to Honda’s commitment with the Long Beach Grand Prix during the month of April, the process was delayed. Further inspection is continuing over the next few weeks, and a full detailed report is expected to be in the hands of SKUSA officials soon. Speaking with SKUSA CEO Tom Kutscher, he wants to put to rest the rumors of engine work done outside the rule set. Fair competition is key to the success of Superkarts! USA and karting in general. 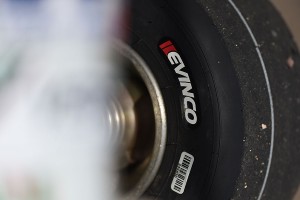 Just before the SuperNationals in November, Superkarts! USA announced the launch of the new ‘Evinco’ tire. The brand is a specific tire manufactured for SKUSA by their long-time partner MG Tires. The last three seasons, the MG ‘SK’ compound was utilized in SKUSA competition, and has now expanded into its own brand. The tire has been utilized for the opening three rounds of the California ProKart Challenge with great feedback from the racers, with very similar results compared to the MG ‘SK’ model. The Evinco Red is a medium compound for the shifter and TaG divisions, with the Evinco Blue a harder model utilized in the Cadet divisions, as well as the popular Briggs categories. Evinco has become the official tire for International Kart Federation competition as well. This weekend at the SpringNationals, the PKRA facility will not be kind to tires, with a lot of Evinco rubber getting laid down, making each day one about speed and tire conservation.

The 2016 SKUSA Pro Tour SpringNationals has returned to the PKRA facility for a second straight year. This time, the 12-turn, 3/4-mile course is being contested in the counter-clockwise direction. It is a direction rarely used on the national level events that attend the Glendale, AZ facility, with mixed reviews. Some feel it is a great challenge, keeping the driver on the edge, however, the thought is there are less passing opportunities in this direction once racing begins. To give you the readers an idea, here is a video from EKN Stock Moto Driver Rankings #1 pilot Billy Musgrave and the EKN TaG Driver Rankings #2 Jake Craig.