New faces set to battle in S2, McNeil hopes for a third ring in S4 and S4 Super Master makes its national debut 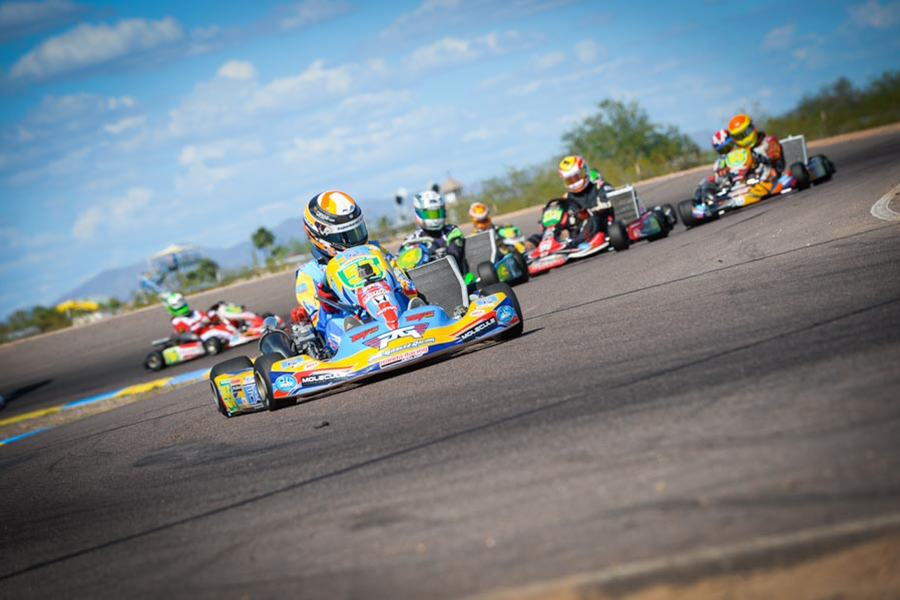 The seventh season of the Superkarts! USA Pro Tour is set to get underway this weekend at the Phoenix Kart Racing Association in Glendale, Arizona. The 2016 season is projected to be another exciting and record-breaking year. Full television coverage is returning thanks to the partnership with CBS Sports Network and MotorTrendOnDemand, and another large prize package is available, worth over $150,000. A total of nine categories in eight race groups are set to compete over the three-race Pro Tour journey, traveling to Phoenix before a return to Indiana for the SummerNationals and the celebration of the 20th SuperNationals in November in Las Vegas.

It all kicks off this weekend. The PKRA ‘Formula K Raceway’ circuit is among the most challenging layouts in North America with Superkarts! USA history with the facility dating back to the first ever national event held in 1999. Its fast, tight, and for the first time in SKUSA Pro Tour history, the track will be contested in the counter-clockwise direction. The ‘full course’ measures out to 7/10 of a mile at 12 turns with the popular banked ‘Daytona’ corner.

Stock Moto competition continues to grow throughout the country, and a number of new faces are set to do battle in S2 this weekend, while the elder division becomes two classes in the same race group with S4 Super Master making its Pro Tour debut within the S4 Master category. 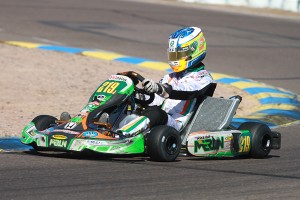 Kyle Kalish is among the few returning to fight for the S2 title against many rookies moving up (Photo: EKN)

The 30 drivers in the S2 division will once again be racing for a $1,000 purse and a $500 check for the overall weekend winner. None of the three different race winners from 2015 are returning, including the top two finishers in the Pro Tour standings. 2015 champ Carter Williams has graduated to S1 while Miguel Lopez has moved on as well, in addition to a number of other top contenders from a year ago. This has opened the door for a number of new names to be among those to challenge in the S2 division in 2016.

One championship podium finisher is back to carry the SKUSA plate in 2016, with Bermuda driver Brandon Frank set to display the #3 all season. Frank finished third twice last year and opened up the SuperNationals with fast time in qualifying. Back with Leading Edge Motorsports aboard the Praga, Frank is among the eldest drivers in category at 29-years-of-age.

Like Frank, Hunter Pickett and Kyle Kalish earned their first podium finishes on the Pro Tour in the S2 category last year. Both drivers are back, looking to better their championship chase efforts. Pickett bounced back from a scary crash at the 2014 SuperNationals, and finished third on Sunday at the SummerNationals last year. He finished seventh in the standings. The Muscle Mile / Pickett Racing driver has three podium finishes, including his first-ever victory at Round Three of the California ProKart Challenge, as the Aluminos driver leads the series championship. Kalish entered S2 last year following a successful career in single-speed competition, earning two runner-up finishes at the SummerNationals. The Franklin Motorsports / Merlin driver has been busy with school in North Carolina and has limited time in the seat. The extra Thursday practice in Phoenix will help, as he was among the quickest drivers late Sunday last year until mechanical issues sidelined him in the main.

This year features a number of rookies making the jump to the S2 category from the S5 Junior Stock Moto division. Callum Smith and Hunter Kelly finished 1-2 in last year’s Pro Tour standings, and have quickly become frontrunners in the S2 division at the regional level. Smith, the 2015 S5 champion, triumphed in his opening weekend in the S2 division at the California ProKart Challenge opener. The Musgrave Racing Company / Praga driver dominated the S5 weekend in PKRA, and is among the favorites entering this weekend. Kelly (Leading Edge Motorsports / Praga) won at the SuperNationals, and earned his first podium finish in S2 at the California PKC event in Monterey earlier this month.

Kyle Wick is another race winner in 2016 at the California ProKart Challenge. The Washington driver trekked south to beat the field in Willow Springs, and the Rolison Performance Group / Kosmic pilot is set for his first SpringNationals in S2. Another graduate is Aluminos’ Jason Pettit. The driver from NorCal earned his first podium finish in S2 at Monterey and stood P3 in Phoenix last year in S5. Sting Ray Robb has been a karting star in Cadet and Junior ranks in single-speed competition. Now driving for CRG, the Oregon driver is set to make his S2 debut at the SpringNationals with Nash Motorsportz. Robb has been busy with Skip Barber racing and made his shifterkart debut at the CIK-FIA European KZ2 Championship event in France. 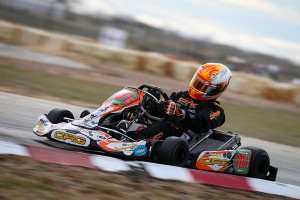 A new era begins in Phoenix for the SKUSA Pro Tour for the S4 Master division. For the first time, the S4 Super Master class will be recognized throughout the national series, welcoming the top drivers 45-years of age and older from around the country and around the world. It will be like a road racing event with two categories racing on the track together. Lapped traffic and the mixing of slower S4 guys with fastest S4 Super Master drivers should create some exciting moments.

For the last few seasons, the ‘young guns’ of the Master group dominated the podium and championships, dating back to 2012 with Eddie Olpin, Jordon Musser the following year, and Italian Gian Cavaciuti in 2014. Jimmy McNeil silenced that trend last year, becoming the first-ever two-time champion of the category at the young age of 42. The long-time CRG driver, racing under the PKS / Team Visalia banner, is set to make a run at becoming the first three-time SKUSA Pro Tour champion in its seven-year history.

Giving chase will be two former champions in Musser and Cavaciuti. Musser has been a consistent challenger since earning the title in 2013. The 2014 season brought the #2 plate, and the Texan finished fifth last year in the standings. Returning with the 3G Kart Racing operation out of Katy, TX, Musser is making the switch to the Intrepid brand for the first time since 2009, with additional technical support from Champion Racing. The Italian Cavaciuti won the final three rounds of the 2014 season to claim his first SKUSA Pro Tour title. The defence last year was not without a fight, finishing top-five in the first four rounds, ending up third overall. Gian will carry the SKUSA #3 plate this year on his GP VCI Mexico entry.