First Podium of the 2016 European CIK-FIA KZ and KZ2 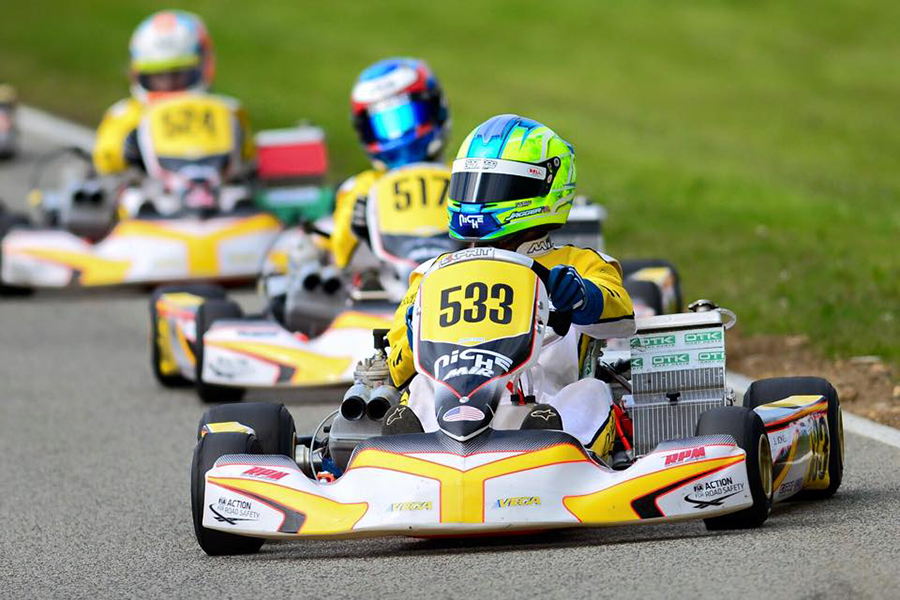 The celebrations on the podium closed the first racing weekend of the CIK-FIA season in Essay (F). The battles on the track had many different protagonists; the top drivers of the Pre-finals and the Finals of the European CIK-FIA Championship were not the same drivers that we saw at the top in the heats and that we regarded as the frontrunners of this first round. On the Aunay-les-Bois circuit, the 2016 Championship started off with a bang; the great show of kart racing will continue in the second round of Zuera (E) on 15th May for the KZ category, and in Adria (IT) on 5th June for the KZ2. While waiting for the next event, it will be useful to enjoy once again the crucial moments of the weekend thanks to the special TV report on the channel Motors TV next week. 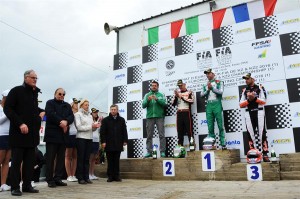 Ardigò is celebrating on the podium his victory in KZ, together with Camponeschi and Iglesias, the local authorities and the CIK-FIA Vice-President Kees van de Grint

Ardigò overtakes and wins in KZ

Once again, Marco Ardigò (Tony Kart-Vortex-Vega) had to beat the odds to win the race after a qualifying session which relegated him in the second row of today’s Pre-final. The Italian driver clarified his intentions winning ahead of the Belgian Rick Dreezen (Ricciardo Kart-Parilla). But that was not all, given that in the Final it was the French Jeremy Iglesias (Sodi-TM) Ardigò’s most dangerous rival. The French kept the lead for several laps, always closely pursued by the Italian who, eventually, passed his rival and won the race. Flavio Camponeschi (CRG-Parilla), too, put in a terrific performance: he was always in the three top positions and, with only one lap left to go, he overtook Iglesias and scored the second position.

Corberi wins the first round in Z2

Stan Pex (CRG-Vortex-Vega) dominated in the heats but the finale was completely different. The Dutch, after winning the Pre-final 1, was overtaken by the Italian Luca Corberi (Tony Kart-Vortex-Vega) at the start of the Final. Corberi managed to pull away and kept the head of the race rather easily. Behind him, the battle between the pursuers was tough. Eventually, the Italian Fabian Federer (CRG-Modena Engines) had the upper hand. Pex fought against the Italian Leonardo Lorandi (Tony Kart-Vortex), before the French Paolo Besancenez (Tony Kart-Vortex) closed the gap and scored a well deserved third place behind the winner Corberi and the runner-up Federer.

Bradshaw achieves success in the Academy

Callum Bradshaw succeeded in the first round of the CIK-FIA Karting Academy Trophy, the single-make series run on Exprit chassis powered by Vortex. The young British driver had already showed to be in great shape during the heats, then, in the Pre-final, he won ahead of the French Thomas Mialane. The Final was another triumph: Bradsaw kept the leadership from the start until the end ahead of the Danish Mads Hansen and Mialane, who scored the remaining podium positions. The second round will be hosted by the facility in Portimao (P), at the weekend of 26th June.