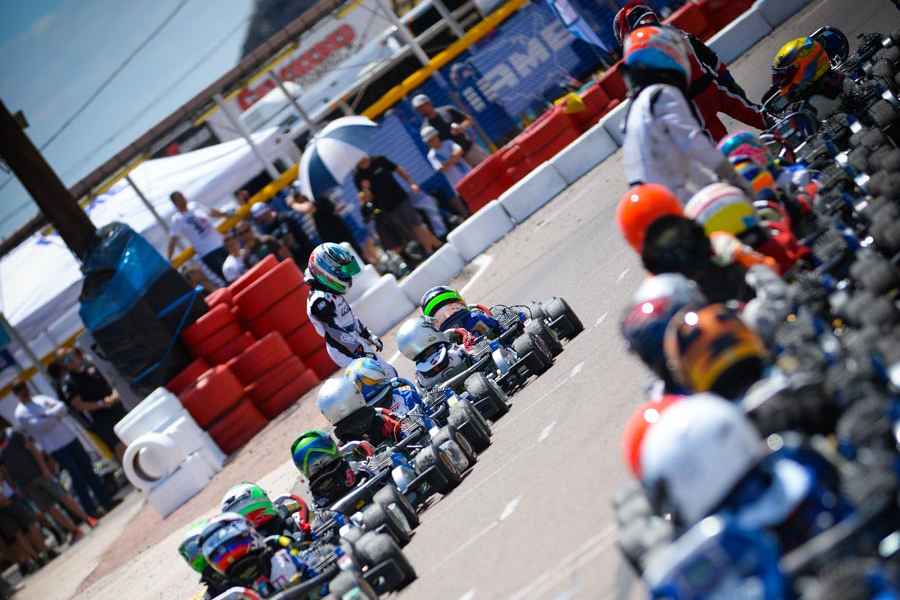 A new era begins this season with the youngest categories of the SKUSA Pro Tour splitting up the ‘TaG Cadet’ division into Mini Swift and Micro Swift divisions with IAME power. The split is based on experience, helping to put the younger drivers (7-10 years old) in their own division with Micro with elder Cadet kids (9-13) staying in the Mini class. 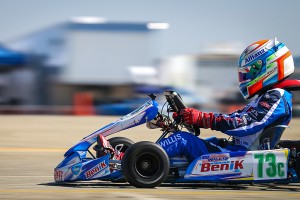 Anthony Willis is among the many contenders in the MIni Swift division (Photo: DromoPhotos.com)

Last year the TaG Cadet category was very unpredictable with four different winners in five main events. It’s a time of graduation with 2015 champion Lachlan DeFrancesco moving up to the Junior ranks, and SuperNationals winner Jonny Edgar is not scheduled to make the trek across the Atlantic back to the states for another shot at the title. This has put Jak Crawford, the final podium finisher in the 2015 championship, as the top contender entering 2016. Crawford drove to victory in the opening round of the SpringNationals last year, unable to return to the podium until a third-place effort at the SuperNationals. For 2016, Crawford is joining the Koene USA / Tony Kart outfit as their lead Cadet driver, coming off a Florida Winter Tour Mini Rok championship and two victories at the Challenge of the Americas series finale.

Also riding momentum heading into the SpringNationals is PKRA driver Anthony Willis. The Nash Motorsportz / Benik driver has not finished outside second place in three California ProKart Challenge starts this season, earning one victory and leading the series championship. Two fourth-place finishes at last year’s SpringNationals left him off the podium in his home event, with plans to better those results heading into this weekend. Jason Welage was the only two-time winner last year on the SKUSA Pro Tour, winning a main event at both PKRA and New Castle. A dismal SuperNationals took Welage out of the title chase after entering Vegas just 15 points behind DeFrancesco. The Top Kart USA driver has bounced back, winning two of the six races toward the WKA Winter Cup championship. 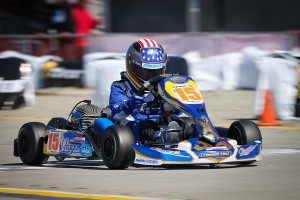 Kai Sorenser is among the 26 drivers vying for the inaugural Micro Swift winners on the Pro Tour (Photo: DromoPhoto.com)

History will be made when the first practice session opens up for the new Micro Swift category. Utilizing the same IAME Swift engine, the Micro division restricts the power of the 60cc engine for the drivers 10 years or younger while giving them a chance to learn and educate themselves on race craft within their age range. The inaugural field will feature over 20 drivers from coast to coast, bringing in a new generation of future karting stars. Kai Sorensen (Praga), Tuesday Calderwood (Tony Kart) and Frankie Mossman (Benik) are among the stars from the west coast, leading title contenders in the California ProKart Challenge. Coming from the east, you have Eli Trull (Fullerton), Caleb Gafrarar (Parolin) and Sebastian NG (Top Kart). The category has some international flavor with Florida Winter Tour champion Oliver Denny (Benik) and Brandon Carr hailing from Great Britain. Other names will come to the top of the order as the young driver figure out the challenging PKRA circuit during Friday’s official practice day.