Jarsocrak driver to beat beginning 2016 chase for the #1 spot 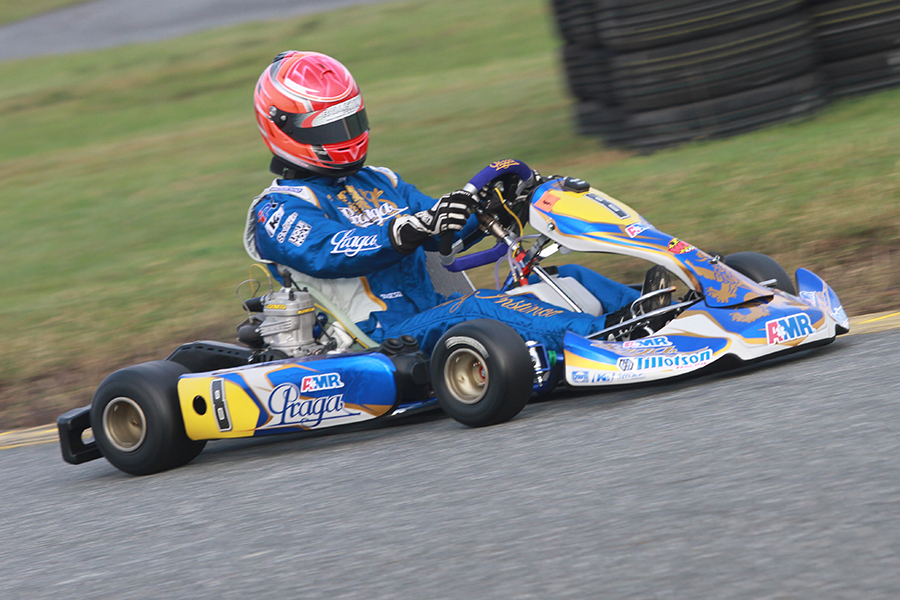 It went down to the wire for who would finish the 2015 season at the top of the EKN TaG Driver Rankings. In the end, it was Pennsylvania’s Brandon Jarsocrak that came out as the top driver with a host of drivers gunning for the #1 position. The same is projected with a long list of events and talented pilots set to battle throughout the 2016 season, all aiming for victories, championships and the coveted #1 spot on the EKN Driver Rankings.

Jarsocrak finished his second season in the Senior ranks fighting for championships across the country. ‘Money’ came up just short at the United States Pro Kart Series along with the Superkarts! USA Pro Tour, but consistency got him the #1 spot in the EKN standings. Now with KartSport North America aboard the Praga chassis, Brandon is gunning for the top spot in the championship chases.

Losing valuable points but still in second is 2014 #1 driver Jake Craig. 2015 was the opposite for him, nearly winning everything the year prior before moving over to the Formula K operation. Craig had his high points but did not have the consistency like Jarsocrak over the full 12 months of 2015. The loss of points over the winter and no new races in 2016 leave the gap even more than where it was in December. Now, the two are under the Praga North America banner together, giving the brand three of the top drivers in the United States, including Stock Moto #1 Billy Musgrave.

Up one spot is defending United States Pro Kart Series champion Elliott Finlayson. Consistency gave the Koene USA / Tony Kart driver the title in the competitive eight-round series. Finlayson added to his point total with a big win at the WKA Daytona KartWeek event in December. Improving to fourth without recording a result is Andrick Zeen. In 2015, Zeen was the lead driver for Praga North America, logging in over 20 races throughout the season and two big wins at the USPKS finale at New Castle. 2016 is more focused on staying in the SoCal area and finishing up school, so this may be the high point of his 2016 season.

Staying in the fifth position is newly crowned Challenge of the Americas champion Christian Brooks. After two years of missing out on the Junior Max and Senior Max championships by a combined seven points, the Nash Motorsportz / CRG driver scored four victories this winter to clinch his first series championship since 2012 in Mini Max. Brooks is progressing up the motorsports ladder, landing a ride in the Red Bull Global RallyCross Lites division, but also included is a bid at the SKUSA Pro Tour championship in X30 Senior.

2014 USPKS champion AJ Myers is up to sixth, coming off a limited 2015 schedule that put in solid results. The iKart driver has been earning strong results in Florida competition this winter, with plans to compete for another USPKS title and other selected events. A driver on the rise during the winter month is Orlando Kart Center pilot Ryan Norberg. The Florida driver finished vice-champion to Kyle Kirkwood at the Florida Winter Tour Rok Cup program and just won both races at the latest WKA Manufacturers Cup Series event at GoPro Motorplex. Norberg could be one to watch at next weekend’s SKUSA SpringNationals.

Oliver Askew dropped to eighth after losing results from the Florida Winter Tour last year, now only utilizing three main events over the three-month series. Askew was vice-champion at the FWT Rotax program in 2015, landed the championship at the inaugural US Open in Senior Max, and finished third in the SKUSA Pro Tour behind Louie Pagano and Craig. The Florida driver for PSL Karting / Birel ART drove to the DD2 championship and another Rotax Grand Finals ticket bid, but now his focused is on the Stock Moto division at the SKUSA Pro Tour.

Breaking into the top-10 is Phillippe Denes and Roger Ralston Jr. Denes was all over the United States in 2015 with Rotax, SKUSA and USPKS. The Ryan Perry Motorsport / Tony Kart driver has two third-place results in the last two rounds California ProKart Challenge, and sits tied for second in the championship chase at the halfway point. Ralston (KartSport North America / Arrow) had a good string of results in 2015 and remains among the top drivers in the rankings going into the summer season. Ralston was a podium finisher at the SpringNationals in Phoenix, looking for more of the same next weekend.

Mason Marotta has dropped out of the top-10 with only one event contested in 2016, dropping last year’s Challenge of the Americas results. Also don’t forget SKUSA Pro Tour champion and SuperNationals winner Louie Pagano down in the 72nd position. Only those five events from the Pro Tour (EKN Driver Rankings counts best seven for each driver in TaG) is all that remains on the 12-month sheet for the 2 Wild Karting / Tony Kart driver, set to defend his crown in 2016. Defending US Rotax Grand Nationals champion and double Florida Winter Tour champion Kyle Kirkwood will be on the rise. With the limited number of main events at the FWT, his score has suffered but will begin to rise, moving over to the PSL Karting / Birel ART tent and among those competing at the SKUSA Pro Tour this season. 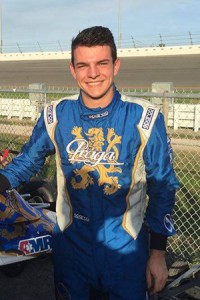 The target is set for the 2016 season, and at the bulls-eye is Brandon Jarsocrak. While the 2015 season did not produce a championship, it did put the Pennsylvania pilot to the top of the EKN Driver Rankings. Jarsocrak is entering his third season in Senior competition, moving away from the ranks of a privateer and running under the KartSport North America / Praga banner. His debut with the team produced a victory at WKA Daytona KartWeek, and currently sits third in the Manufacturers Cup Series standings after two events. ‘Money’ is among the many contenders heading to the SKUSA SpringNationals next weekend, looking to cash in on an early bid toward the series championship. 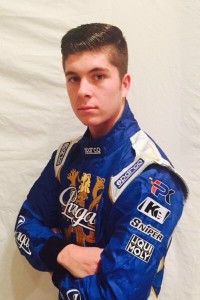 Coming back as the defending champion and top-ranked driver in the country can be a difficult task to repeat, especially changing teams and chassis. Craig has proven himself to be among the top drivers over the past two seasons, finishing runner-up last year moving from Tony Kart to Formula K. Now comes a third different brand and team in as many years, racing for Praga North America. Craig used two races in WKA country to begin his tenure with the program, and has logged in many laps of testing in SoCal. The true test comes next weekend when the SpringNationals begins and the journey to become the first ever two-time X30 Senior series champion starts. 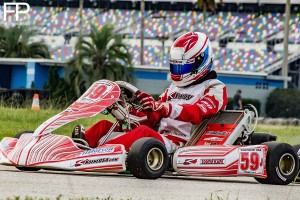 The 2015 was a remarkable one for Koene USA / Tony Kart driver Elliot Finlayson, coming away with the United States Pro Kart Series. Anytime you can produce five straight podium finishes against 30+ drivers, you are doing something right. Finlayson started the year with his first SKUSA podium at the SpringNationals, and closed 2015 with another first, a Daytona KartWeek victory. He will have another busy season with US Open, SKUSA Pro Tour, USPKS all on his schedule for 2016. 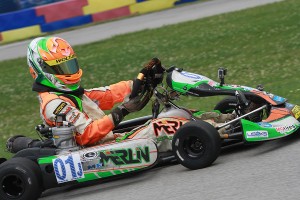 The 2016 season is another strong year for the rookie class. Already making his way up the Driver Rankings is last year’s top Junior driver Brandon Lemke. The Franklin Motorsports / Merlin pilot drove to the championship at the United States Pro Kart Series in two categories, along with the title in Superkarts! USA Pro Tour. Thanks to the WKA Winter Cup Series and two events of the WKA Manufacturers Cup Series, Lemke is into the top-50 of the TaG standings already, heading into the bulk of the 2016 season that will include USPKS, SKUSA and WKA competition.