Brueckner looking to stay perfect in Junior, French and Griffin battling heat up while Elliott has title provisionally locked 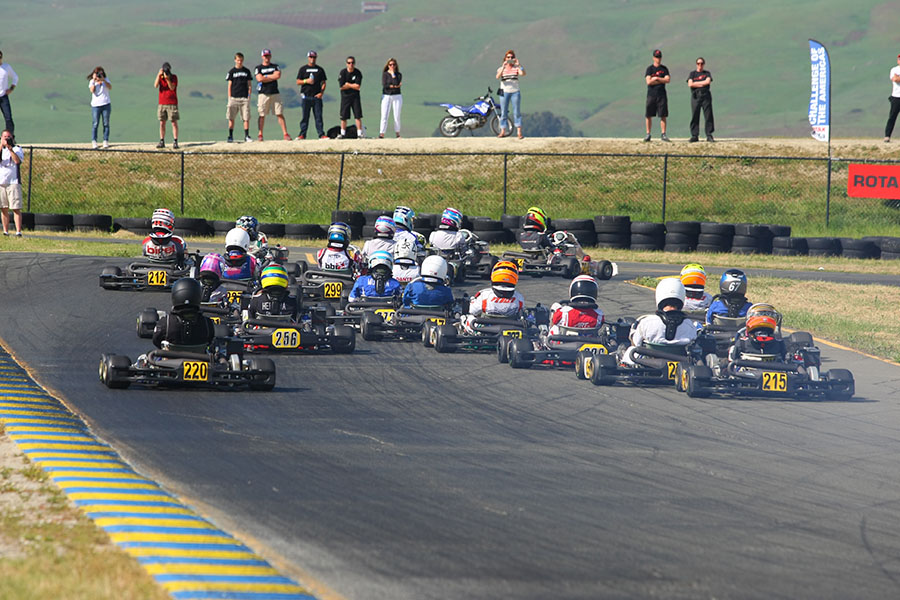 Today, we review the Junior Max title chase along with the deciding rounds of the inaugural Shifter Senior and Shifter Masters championships. For complete coverage, visit the EKN Event Page. 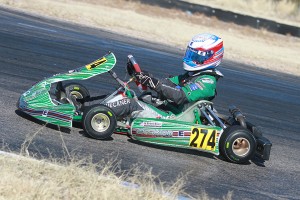 A perfect record remains intact for 2015 Challenge vice champion Nick Brueckner. The Orsolon Racing / Tony Kart driver from Texas entered the series on a mission he began in January 2015, to earn a Rotax Grand Finals ticket. In Tucson this January, Brueckner dominated the weekend by leading all on-track sessions to sweep the weekend. It was a duplicate in Phoenix as Brueckner added another weekend sweep to bring his feature win total to four. The field caught up to challenge Brueckner early on in the Prefinal and Final both days in Phoenix, however, consistent lap times helped to establish the gap needed to earn the race wins.

Among the challengers are a host of drivers, including Canadian Matthew Taskinen, Zoey Edehnholm, and Hannah Greenemeier. Taskinen (Rolison Performance Group / Kosmic) extended his podium streak to four races, matching that of Brueckner, with a second and third-place finish repeat performance from his Tucson weekend. The point gap is at 86 points, meaning Taskinen will have to sweep the weekend and get some help in order to overtake Brueckner for the title.

Greenemeier (Rolison Performance Group / Kosmic) had her best overall weekend as the Junior class rookie in Phoenix, finishing third and second to Brueckner, while recording the fast lap bonus in each Final. She advanced herself up to the fifth spot in the standings, tightening up the chase for the final spot on the championship podium. Edenholm (Koene USA / Tony Kart) currently holds that position entering Sonoma with three top-five finishes in the four rounds. Sonoma is the site of her first series podium – Round Six last year. Max Fedler (Unser Racing / Tony Kart) is there in fourth with three top-five finishes of his own. 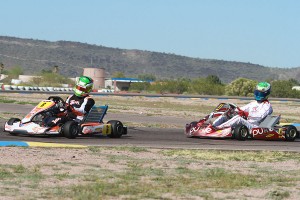 The Shifter Senior category has been a welcomed addition to the Challenge program, riding on the inaugural season of the US Open program that combined shifters and Rotax under the event. Phoenix weekend was the best at 18 drivers taking to the track at PKRA, however, they all were chasing two drivers. Jake French has established himself as the lead contender for the title thanks to three victories in four races. The Dallas Karting Complex / Sodi Kart driver from Texas swept the opening weekend to leave Tucson with a perfect score. Griffin (Pure Karting / Tony Kart) cut into the deficit in Round Three with a victory, only to lose that amount the following day with French earning the victory. The Arizona driver needs to sweep the weekend in Sonoma with a lot of help.

The fight for third is up in the air with the absence of contenders due to a schedule conflict. This has opened up the door for others to step in and move up the standings. Ben Schermerhorn (Birel ART), Colby Yardley (Energy Kart USA) and Lawson Nagel (Dallas Karting Complex / Sodi Kart) all have the opportunity to advance their positions with solid finishes in Sonoma. Two drivers will make their series debut at Simraceway with Canadian Evan White (Ruthless Karting / Kosmic) coming down and local star Brian Keck (Ron White Racing / CRG) looking to battle the championship contenders. 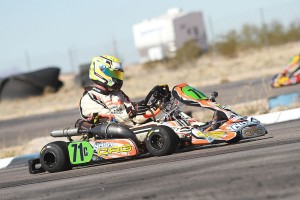 Darren Elliott has the path to the championship in Shifter Masters dependent on his participation in Sonoma (Photo: EKN)

The championship is all but wrapped up for veteran karter Darren Elliott (Nash Motorsportz / CRG). Two wins in Phoenix moved the SoCal driver into a tie for the championship lead with Tucson double winner Ryan Kinnear. The Champion Racing / Intrepid driver ran runner-up to Elliott both days in Phoenix, earning the tie-breaker, however the Texan has a scheduling conflict and will be absent on the weekend. His nonattendance along with third-place contender Nick Firestone (DR Kart) ensures the title for Elliott once he completes Round Five. Ron White Racing / CRG driver Patrick O’Neill and Kevin Woods will make there series debuts in Sonoma, looking to keep pace and challenge Elliott on the weekend.