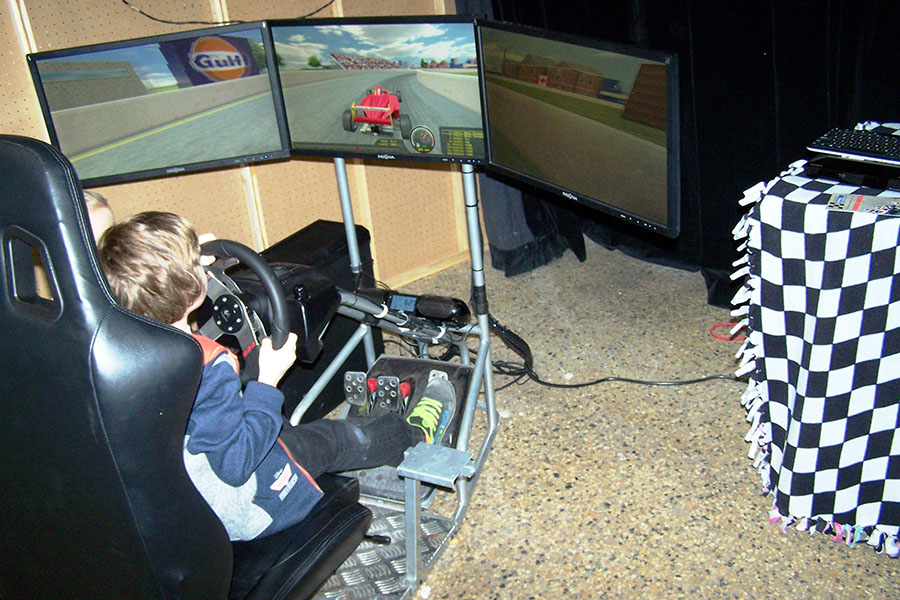 With the goal of promoting the Manitoba Karting Association, and karting as a whole, the event was a huge success for the club. Well over 40,000 were in attendance at the prestigious show held at the newly expanded RBC Convention Centre Winnipeg which now has almost twice as many custom cars and motorcycles on display as last year. Daniel Burkett who was busy racing a Porsche Cayman GT4 at Sebring Florida lent the club his race car simulator for the display. The simulator was really popular as a lot of future karters tried their hands at racing. MKA members were busy throughout the three-day event, answering questions, showcasing karts, and handing out hundreds of information cards, and fridge magnets as well as filling out contact sheets for people who were very interested in karting.

In addition to the interaction with people sincerely interested in getting into the sport, five karts were on display provided by Brad Bachalo, Jaedin Wright, Sean Anderson, Guy Budel and Jeff Fulham who’s Kosmic Mercury won first place in the Go-Kart class voted on by the World of Wheels  Judges.

Next up for Manitoba Karting Association members is the start of our mall tour with the club setting up displays at shopping malls across Winnipeg starting with Grant Park Mall Saturday March 26th, Kildonan Place Mall Saturday April 2nd and then there is the Annual Swap Meet at Winnipeg’s Birchwood Lexus Toyota on Sunday April 3 from 10:00 am to 3:00.

For more information on the Manitoba Karting Association, visit http://www.manitobakarting.ca