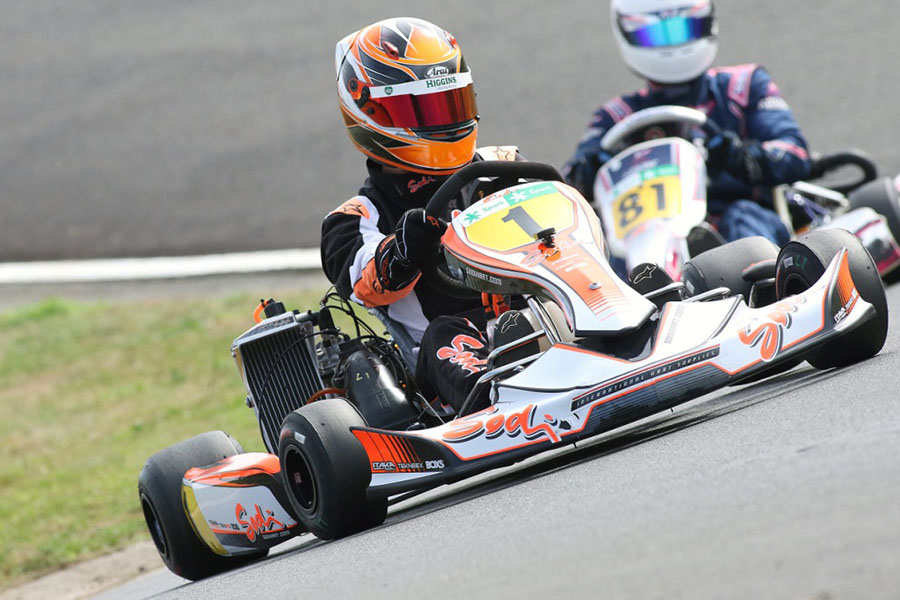 The older of the pair, Mathew, earned his third consecutive national sprint title in the 125cc Rotax Light class on Saturday with younger brother Daniel finishing a close second. Then Daniel won the New Zealand Senior 100c Yamaha Light title from a fast-finishing Mathew on Sunday. 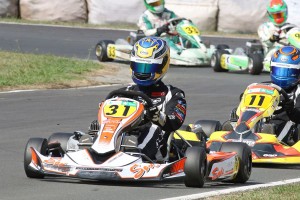 The annual Easter event attracted over 180 of the country’s top karters to the KartSport Hamilton club’s Agrisea New Zealand Raceway opposite the city’s international airport, with fast, exciting action – as well as several surprises – across nine different classes catering for drivers aged from 6 to over 50.

Rain played a role on Saturday but otherwise the weekend’s racing was conducted in warm, dry conditions.

Mathew Kinsman was one of two drivers to completely dominate a class, he and 125cc Rotax Max Heavy title winner Campbell Joyes from Hamilton the only pair to  qualify quickest and win both heats as well as the Pre-Final and Final races in their respective classes.

Several other drivers came close though.

Auckland-based international Daniel Bray was the quickest qualifier in the KZ2 class and won both heats and the Pre-Final before losing out to arch-rival Matt Hamilton on a damp track in the Final.

The win gave Hamilton his 13th NZ National Sprint title, the Christchurch driver having won his first in 1996.

Cambridge ace Andy Schofield was another to qualify quickest and win both his heats ( in100cc Yamaha Light) but slipped to second behind former international Josh Hart from Palmerston North in the Pre-Final then ended up fourth – behind the Kinsman brothers and Hart – in the Final. 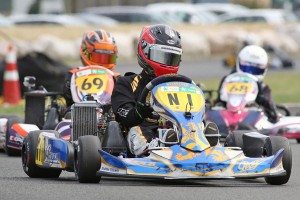 Aucklander karter Ryan Urban also found he had his work cut out defending his 100cc Yamaha Heavy title and challenging for the New Zealand 125cc Rotax Max Heavy title he last won in 2014.

Tauranga driver Taylor Harte pipped Urban for the top spot in Yamaha qualifying on Friday and won the second Yamaha heat before Urban – who won his first NZ Sprint title in the Midget class back in 1993 and his class at last year Rotax Max Challenge Grand Final in Portugal – prevailed to win both the Pre-Final and Final.

Not even Urban could match the pace set by local ace Campbell Joyes in 125cc Rotax Max Heavy however. Urban qualified third in that class behind Joyes and fellow former class title holder Simon Hunter from Christchurch, and though he finished second to Joyes in the Pre-Final, Urban was beaten to the line in the Final by Joyes, defending class title holder Lane Moore from Australia,  Hunter and emerging Auckland driver Keith Wilkinson.

Some of the closest racing, meanwhile, came in the Rotax Max Junior, 100cc Junior Yamaha, and Vortex Mini ROK classses.

Three of the country’s top female drivers were in the thick of the action all weeked in two of the three Junior classes with breakthrough performances  by Auckland 12-year-old Breanna Morris who won the Vortex Mini ROK title and Wellington 15-year-old Madeline Stewart who claimed pole position and ending up fourth overall in Rotax Max Junior. 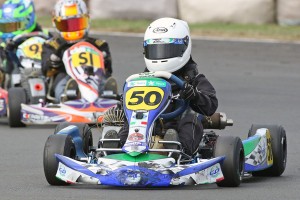 One of the major talking points of the meeting had to be Breanna Morris’ impressive debut Nationals win in Vortex Mini ROK however.

The 12-year-old Takapuna Normal Intermediate School pupil had to take on and beat the best of the class’s current stars to do it, but beat them she did, winning the second heat from eventual runner-up and reigning South Island class champion William Exton from Picton, and the Final from Exton and fastest qualfier and heat one winner Connor Davison from Hamilton.

Finally, Jaden Ransley added a New Zealand Sprint title to the NZ Schools’ one he currently holds in the 100cc Junoir Yamaha class, making the Final his after a best finish of fourth through the heats and Pre-Final.