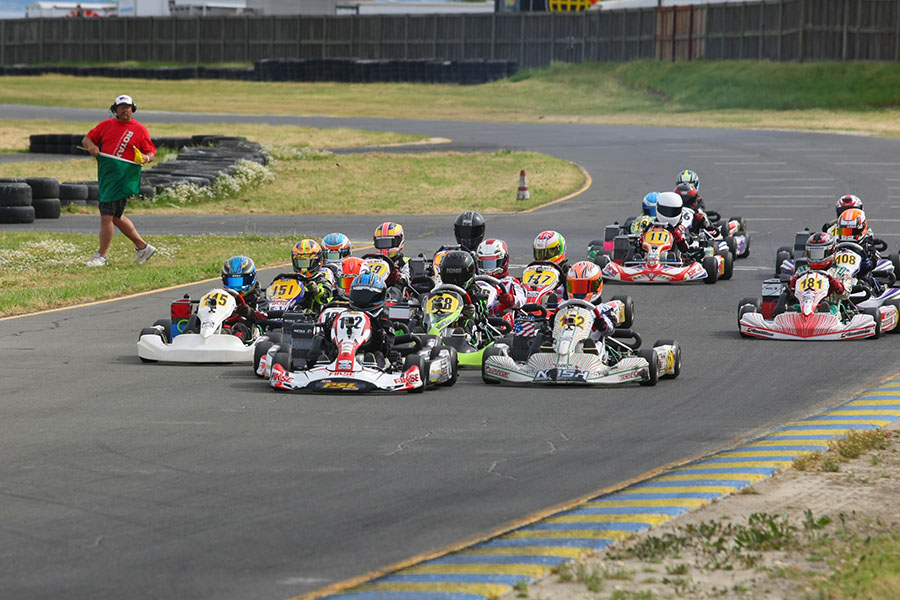 Today, we review the future of Rotax racing here in North America with the Mini Max and Micro Max divisions that each have one driver in clear control. 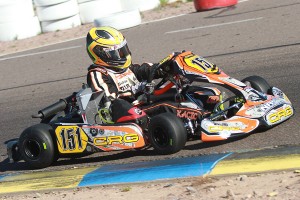 Canadian Marco Kacic has emerged as the driver to beat in the championship chase heading into Sonoma. Three victories in four rounds of competition has kept the CRG Nordam pilot at the top of the standing since winning the opening round in Tucson. Each of his three victories came off a win in the Prefinal. Kacic finished second in the Prefinal for Round Three, and found himself involved in a wreck at the beginning of the Final.

The only driver to land on the podium in all four main events is Austin Torgerson. The Mini Max sophomore driving a Tony Kart for Ruthless Karting scored his first victory at Round Three and followed it up with a runner-up the following day after two-straight third place finishes. His consistency has the gap at just seven points, but factoring in the drop it becomes a 46 point deficit. Should Kacic not record another DNF in Sonoma, Torgerson will have to gain 23 points each day over the championship leader.

Dustin Salaverria and Diego LaRoque each have two podium finishes in 2016. Salaverria (Nash Motorsportz / CRG) stepped up in Phoenix, placing second and third to elevate himself to the third position in the standings heading to Sonoma. LaRoque challenge Kacic both days in Tucson, coming away with runner-up finishes. The Koene USA / Benik driver faltered at his home track in Phoenix, and finds himself in the fourth position in the standings. Factoring in the drop, both are close together, with Cooper Becklin (Go Kart Hero / Birel ART) in the fight for the championship podium. Becklin recorded his first ever series podium in Mini Max in Phoenix, and can help his case for the top-three in points with another run to the steps at Simraceway. 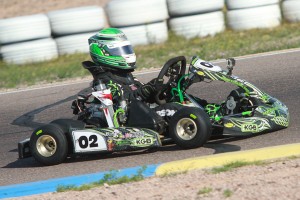 For the first time in series history, there is a chance for two brothers to be champion in the same season at the Challenge. Ashton Torgerson has been the class of the field throughout the opening two events, earning three straight wins followed by a second place result. The Ruthless Karting / Tony Kart driver leads by 55 points, and shrinks to just 45 markers when factoring in the drop to Carson Morgan. The Koene USA / Benik pilot ran second to Torgerson in the first three rounds and broke up his win streak by muscling his way to the checkered flag first in Round Four.

The fight for the third step of the championship podium is down to three drivers. Tuesday Calderwood (Kosmic) holds the advantage over Enzo Swan (Deadly Kart) and Gabby Brienza (Nash Motorsportz / Benik). None of the trio have stood on the podium over the course of the four rounds, all looking for their first trips in Sonoma.