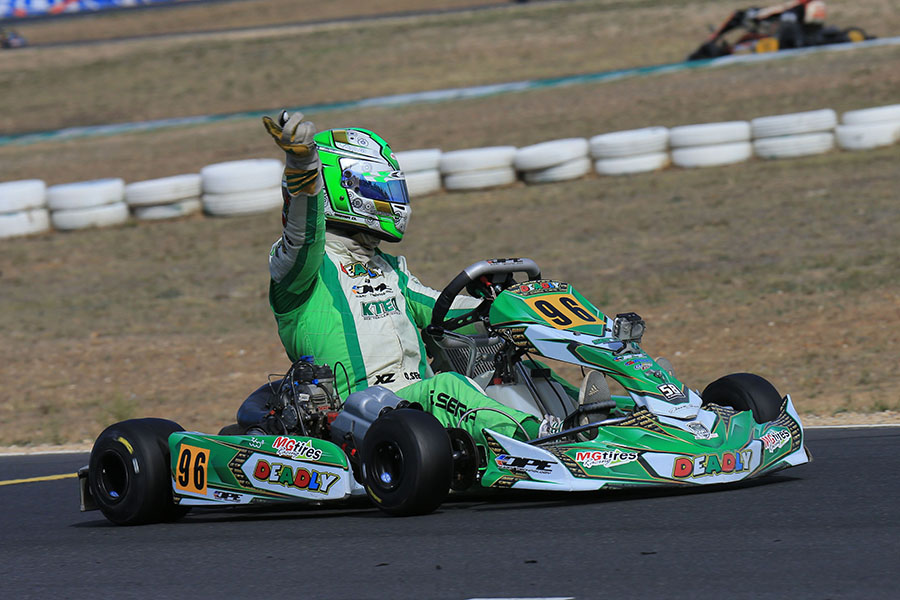 David Sera crossing the line for his first victory since 2014 (Pic: Coopers Photography)

David Sera has survived one of the most intense races of his career to emerge victorious at round two of the 2016 Australian Kart Championship on Sunday in Puckapunyal, Victoria.

The 17-time Australian Champion endured multiple challenges in the 25-lap KZ2 final in the feature of the second round of the Championship supported by Jayco and Castrol EDGE. 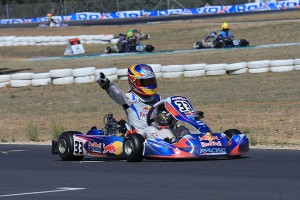 Heat four winner, Kyle Ensbey took it to Sera aboard his CRG early on. Sera jumped in front of Ensbey, however the Queenslander would not be denied. Mid-race, Sera left the door open heading into turn one and Ensbey pushed down the inside. The result of the move was that Sera dropped back to fourth position and was forced to bide his time.

A move from Canberra driver Joshua Fife on Ensbey allowed Sera to come back into the picture. Forcing his way into the lead Sera established a gap before having absolutely no pace aboard his Deadly Kart. Fife, from the Tom Williamson Motorsport stable, put in his most spirited KZ2 drive and was soon on the tail of his older combatant.

Sera showed all the guile that has led him to become the most prolific Australian Champion in history to hold out the 15-year-old Canberra driver. Meantime, Ricciardo Kart’s Marijn Kremers was closing the gap to the top two after managing his MG tyres and getting up into third position from deep on the grid.

At the end of the race, an exhausted Sera said that he had to push hard to keep the competition at bay to secure his first KZ2 win since September 2014.

“It was tough, I was really doing everything to keep the field behind me, I didn’t have the pace if I was to be honest,” Sera reflected.

“Josh was really pushing hard and I had to try anything I could to keep him from passing me, as I knew he would have pulled away during those last few laps. Kyle is a hard competitor, he was really going for it this weekend. I am exhausted, it was a really taxing fight, but a good feeling to be back on top, it has been a while!” 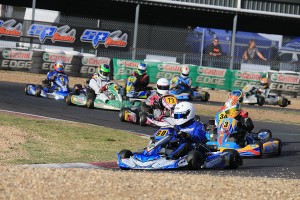 Queenslander Jack Doohan won his first-ever elite junior (KA2) Championship round. The son of five-time World Motorcycle Champion, Mick Doohan had a difficult weekend, however it all came good for him in the final. He worked his way through the field in his Kosmic Kart to take the win.

He led home a Kosmic trifecta that also saw Cameron Longmore score his best ever finish in the category in second and Lachlan Hughes finish third. Longmore and Hughes both had stints in the lead of the race.

HDR Arrow Karts’ Scott Sorensen returned to the top step of the podium in KA1 taking a comfortable victory in what was an entertaining final. Round one winner Reece Sidebottom took his Reevu Helmets Kosmic to second – while 14-year-old category debutant, Cory Arnett came home in third position in an impressive showing. Defending Australian Champion, Liam McLellan was fourth in his Holden Kart Team JC Kart.

In another great performance for the Australian-built Arrow chassis, Adam Mercer put on a clinic in the X30 category, taking a victory by 2.5 seconds.

Pacific Kartsport-backed Mercer was supreme during the final and continued to eke out the lead. Despite having speed all weekend, CompKart Australia’s Joshua Car had no comeback for Mercer and settled for second whilst defending Australian Champion, Daniel Rochford kept himself in sight of the Championship lead in third.

In TaG 125 – Brendan Nelson made it two on the trot in his FA Kart – taking a comfortable victory. He got the best of the start in the final – while Car (who was racing both TaG and X30) got shuffled out of the top 10 in a turn one incident after starting on pole. All eyes were on Car’s charge forward, eventually getting up to fourth position. Liam Ford and Mitchell Hewitt rounded out the podium places behind Nelson.

The KA4 Junior final produced arguably the best race seen since the inception of the Australian Kart Championship era. No less than five drivers were involved in the battle for the win with the lead swapping on multiple occasions.

At the end of the 16-lap final, Benito Montalbano emerged victorious for Scuderia PCR Australia with Cooper Webster bringing his kart home second on his birthday and round one winner, Travis Worton doing everything he needed to protect his Championship lead finishing third. 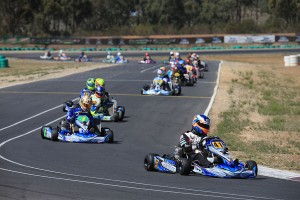 KA3 fell the way of Cody Donald. The Arrow driver had enjoyed a fierce battle with Shamick Racing’s Jordan Nicolaou throughout the course of the weekend and it looked as though it would be the same in the final, however Donald got to the lead and then started pulling away. The 15-year-old in just his second AKC race was ecstatic with victory, whilst Nicolaou came home second and Spencer Ackerman brought his Tony Kart home in third after a sensational weekend.

In Cadet 12, Kobi Williams’ pace from Saturday continued, taking the win over Fletcher Harris. That came after a battle that also involved Shamick Racing CRG pilots, James Wharton and Kai Allen. The two Victorians had every opportunity to back up their Dubbo Cadet 12 quinella, however ended up fighting among themselves in the closing stages, thus squandering any chance of that happening. Wharton salvaged third at the end of the race.

Meantime, in the Cadet 9 final, Alex Ninovic was able to emerge the victor in the final. It looked as though much had been lost after not setting a time in qualifying on Saturday, however the Stanley Motorsport TB Kart driver shot through for a 3.2 second win over Dominic Attard and Leon Cordato.

The next round of the Australian Kart Championship presented by Jayco and Castrol EDGE will be conducted at the Monarto Karting Complex just outside Adelaide (Murray Bridge) across the weekend of May 13-15.

On-demand coverage of all of Sunday’s races can be found at www.karting.net.au

Full results from every class from throughout the weekend can be found here https://karting.net.au/cms/results/view/AUSTRALIA/KA/2016-03-25/