Trying Times for Jewiss in Sarno 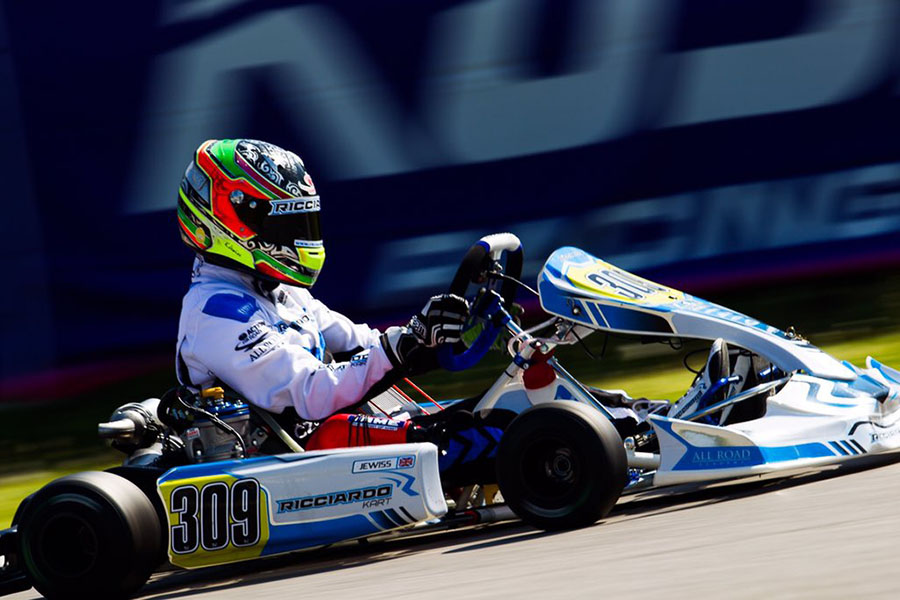 The weekend saw Kiern Jewiss back behind the wheel of his Ricciardo Kart in what proved to be a very trying time for the 13 year old in the WSK Super Master Series.

A constant struggle with power throughout his races and a mistake with tyre choice lead to unfavourable positions on the grid. In the heats Jewiss incurred a 10 second penalty due to the loss of a bumper and also suffered an unfortunate collision with a driver who had spun in front of him, damaging his kart beyond ability to continue the race.

Despite the odds being stacked against him after finding himself in P26 for the pre-finals, Jewiss fought his way through the field to P13 by the chequered flag. The finals saw him gain six places, finishing P19.

Jewiss commented, “A weekend to forget. Sadly, due to our decision in qualifying, we were put on the back foot and we left ourselves vulnerable to incidents in each heat.”

Kieren Clark, head of MB Partners’ Young Driver Academy, added: “It has been a difficult start to Kiern’s WSK championship. As a team, we need to understand where the issues lie, address them, and get back to to winning ways for the next round.”

The next round of the Super Master Series will be held in Muro Leccese (Lecce), Italy on 3rd April.