#FlashbackFriday: Stars of Karting Race of the Americas – 2006 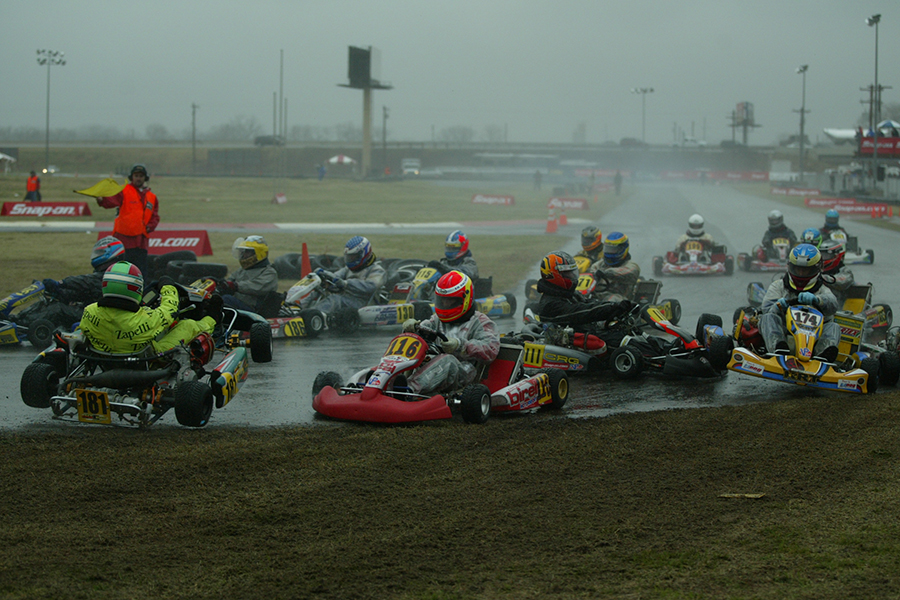 Wet conditions met the racers at the Stars of Karting Race of the Americas in 2006 (Photo: EKN)

Ten years ago was my second season working for eKartingNews.com. At the time, the Stars of Karting series was at its best, serving as the top national level championship for North America. Made up of five categories, the series was split up into an East championship and West championship with a total of eight events. The opening event brought both divisions together, with a final championship event at the end. Nearly 400 racers took part in the 2006 Stars of Karting series, with 250 of them competing in the Race of the Americas at the Oklahoma Motorsports Complex this very weekend 10 years ago. 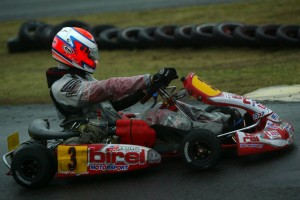 At that time, the Florida Winter Tour was just one event a month, and finished the opening weekend of March. Intercontinental C (ICC) and Intercontinental A (ICA) were the headline divisions in North America and were still recognized worldwide before the introduction of the KF engines in 2007 by the CIK-FIA. Spec Racer was introduced with the growth of ‘Touch and Go’ competition across the country and to have a place for regional races to compete. The IAME Parilla Leopard engine became the engine of choice from the three options (PRD Fireball and Easykart 125). Junior Intercontinental A (JICA) was the Junior level category world-wide, with Cadet featuring the Comer engine rounding out the categories offered by the Stars of Karting.

The 2006 Stars of Karting schedule visited some of the best circuits and locations in North America. The new P1 Karting Circuit – now Musselman Honda Circuit – in Tucson opened up the West schedule, followed by a temporary circuit at Buffalo Bills in Primm, Nevada with Simraceway Performance Karting Center in Sonoma, California as the third event. East competitors traveled to New Castle, the historic circuit inside Charlotte Motor Speedway, and the USA International Raceway in Shawano, Wisconsin. All competitors met together in Toronto, Canada at the Woodbine Racetrack for a temporary course to determine the 2006 champions. 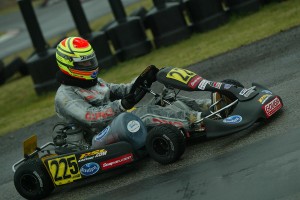 Weather has always been a challenge when visiting Norman, Oklahoma and it comes in two conditions – wet or hot. This time of year lends to rain and it greeted the competitors along with cold temperatures. Veteran Alan Rudolph led the 70-driver ICC field in qualifying, piloting his RBI chassis to the quick time in the wet conditions ahead of a returning Bobby Wilson aboard a First Kart with Canadian Philippe Gelinas (Sodikart) in third. The field was split into two Prefinals with Gelinas winning one and Tad Funakoshi piloting an Italkart to the win in the other. 2003 SKUSA SuperNationals winner Wesley Boswell grabbed the holeshot from the inside of row two, and never looked back to earn the big victory for Birel and MRP Motorsport. 2005 Stars of Karting ICA champion Phil Giebler drove to second on the home track of Champion Racing aboard an Intrepid chassis with Italian Motors’ Funakoshi in third. Eventual champion Gary Carlton started out the season aboard a Trackmagic, finishing 30th in Oklahoma before scoring an emotional win in Tucson the following event. Carlton moved over to the CRG brand to close out the season, winning in Sonoma twice to help earn his first national championship. 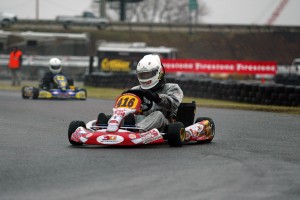 Jordon Musser has nearly won in everything, including the inaugural Spec Racer feature (Photo: EKN)

The ICA division welcomed 53 drivers and suffered the rare instance of one qualifying group competing under different conditions then the other. The ‘slower’ group was on a semi-dry track, while the ‘faster’ group was a damp track with the fast times different by more than four seconds. That mixed up the field for the Prefinals, with Canadian Nicholas Tonkin earning top-qualifier honors on his Birel. British driver Alexander Sims (CRG) went on to win the first Prefinal as Tonkin retained the pole position with a win in his Prefinal. Sims grabbed the lead in the main event from the outside of the front row, pulling away to a five-second advantage over Canadian Lorenzo Mandarino (GP) with Jake Rosenzweig (CRG) in third. Sims has gone on to race Formula 3, GP3 Series, LMP2 and McLaren GT while now races with the BMW GT operation. The LCQ event claimed a number of drivers thought to be in contention for the race win and the championship battle. For Joel Miller, a opening corner wreck ended his chances of transferring to the main event and behind the eight ball in the title chase. Fortunately for him, three victories including one at the championship finale secured him his first national championship en route to becoming a Mazda Prototype driver set to race once again at the 12 Hours of Sebring.

The new Spec Racer category was won by some random driver named Jordon Musser. You may have heard of him before, a multi-time Rotax Grand National champion, a SKUSA Pro Tour S4 champion. A win at the Race of the Americas was another notch on his resume. The Texas driver set the pace in qualifying over the 26-driver field. Canadian Devon Sandeen (First Kart) got the edge in the Prefinal, only to stall on the warm-up lap. After returning to the pit lane, he restarted at the tail of the field and fought his way to 11th. This left Musser (Birel) to cruise to victory over current Koene USA wrench Adam Johnson (Top Kart) with Canadian Eric Gerrits (First Kart) third. 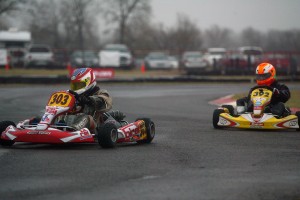 Carlos Munoz won the JICA championship in 2006, including victory in Norman (Photo: EKN)

The younger categories were filled with current professional racers and current top karters in the country. Among the professionals include IndyCar’s Carlos Munoz and Conor Daly, IMSA’s Jordan and Ricky Taylor, along with Porsche pilot Connor De Phillippi in the 55-kart JICA division. Munoz (Birel) was the driver to come away victory, edging out Italian Motors driver Michael Hogg with Brett Smrz (First Kart) in third as the Birel driver from Colombia used the Norman triumph to claim the series championship in September. 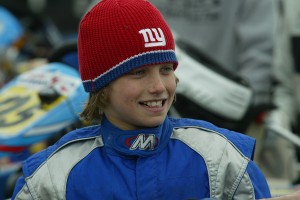 It is wild to think where the sport has gone, and the world in general in just the last decade. Watching in the tower, trying to stay dry and warm, did I ever think this much talent could be found all at one venue. Attending nearly 20 events this season, there no doubt a number of talented 10 years from now could be competing in Europe as a factory driver, or strapping in to prepare for night practice at the 12 Hours of Sebring, or coming off their first career start in IndyCar.