March 08, 2016 by David Cole
Challenge Of The Americas / Driver Of The Month / EKN Lead Story / Features 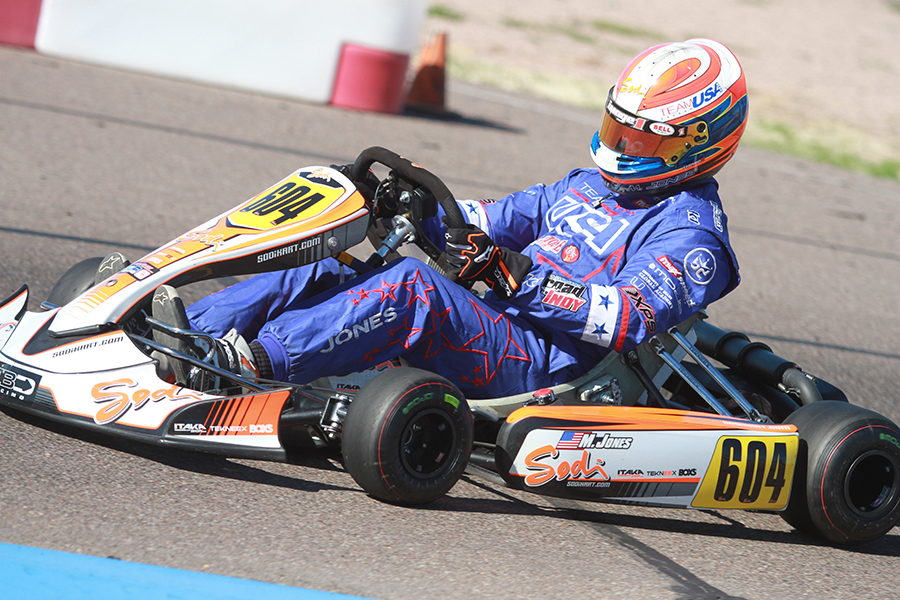 Mike Jones won both Masters Max Finals in Phoenix to lead the Challenge of the Americas championship chase (Photo: EKN)

Masters karting continues to grow throughout the United States and the world. It has been a part of United States karting since the early 2000s, and became a regular fixture in US Rotax Max Challenge competition in 2002. The world took notice and eventually, a Masters category was added to the Rotax Grand Finals as class of its own in 2007. The Challenge of the Americas has always welcomed the top Masters drivers from around the country since its inception in 2008. With the Rotax Max Challenge Grand Finals ticket up for grabs to the series champion, the competition level has increased along with the size of the fields. This year’s field so far includes; four former series champions – which combine for six total titles – a former Rotax Grand Nationals winner, multiple Team USA drivers, and a ton of major national crowns and victories.

Among them is Texas driver Mike Jones. The Dallas Karting Complex co-owner went to three Rotax Grand Finals (2012-2014) off a Pan-American victory in Colorado, a runner-up at the Grand Nationals in North Carolina, and the US Grand Nationals victory in Utah. Last year, Jones put his racing on the backburner to focus on building the DKC race team and the Sodi Kart brand here in the United States. The continued development and work with the French manufacturer is beginning to pay off with success here in Rotax and Shifterkart competition.

Jones has returned to the driver’s seat for 2016 now with the team with good footing and solid members to help keep it running smooth for its growing customer list. The goal entering the Challenge of the Americas was one thing, winning the Rotax Grand Finals ticket. The Tucson weekend started off great, earning the pole position to begin the opening round on top. In the Prefinal, Jones suffered an electrical issue, forcing him to retire. He started the main event from the tail of the 20-kart field, working up to the fourth position. The following day, Jones ran runner-up throughout the on-track sessions, helping to put him in title contention.

The Phoenix weekend began with Jones as the target, with the withdraw of point leader John Crow from the series and Mike’s fast time in the final practice session on Friday. Part of the field did their homework overnight, with both defending two-time champion Paul Bonilla besting him in qualifying and 2011 series title winner Scott Falcone winning the Prefinal. Jones started the Final from P3, working past Bonilla and then Falcone by lap five. From there, he drove away to a nine-second victory, recording the fast laps of the race.

Sunday was all Jones. His Sodi Kart was the quickest in the morning qualifying session by just nine thousandths over Bonilla with a 48.043-second lap. The DKC pilot led all 17 laps of the Prefinal, recording the fast lap of the race. He then went on to repeat the same feat in the 25-lap Final. Billy Cleavelin kept it close, but Jones never faltered to earn maximum points on the day.

After four rounds of racing, Jones has a 141-point advantage going into the series finale, set for April 1-3 at the Simraceway Performance Karting Center in Sonoma, California. 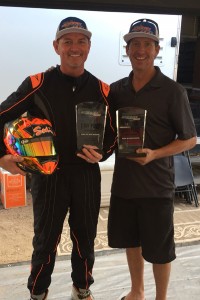 Chassis: Sodi
Engine/Engine Builder: Dallas Karting Complex
Sponsors: Dallas Karting Complex, Sodi
Series You Compete In: Challenge of the Americas, Texas ProKart Challenge, Rotax Max Challenge, SKUSA Pro Tour
Years Karting: 41
How did you get started in karting? My father raced in the early 70’s
What has been the high point in your racing career? I would have to say my first year to Rotax Grand Finals in Europe
What are your goals in racing? Obviously to win every time I hit the track
In a few words, how would you describe your driving style? Smart, aggressive
Funniest moment at the race track? One I’ll never forget…..2009 I.K.F. Road Race Grand Nationals-Nick Lucido, Cody Jolly and I were hooked up nose to tail with one lap to go and I was in P2. We cross the white flag and Lucido’s head is completely buried in the steering wheel and starts slowing down while fist pumping. I keep the pace up so the group behind doesn’t catch us. Lucido goes to pull off the track, I down shift and go for the win all alone.

What do you do when not at the track? Target shoot with my Mom and Dad
What are your goals outside of karting? N/A
What type of street car do you drive? Jeep Wrangler
What type of street car would you like to drive? I love my Jeep
What are your pet peeves or things that irritate you? Whine bag drivers who continuously blame the equipment
What do you think could be done to improve the sport of karting? Consistent tire compounds would be a great start
What are your favorite aspects about the sport of karting? The people, I’ve always said the best people in the World are involved in karting

– Christian Brooks: Challenge of the Americas – Last to First in Saturday Main Event