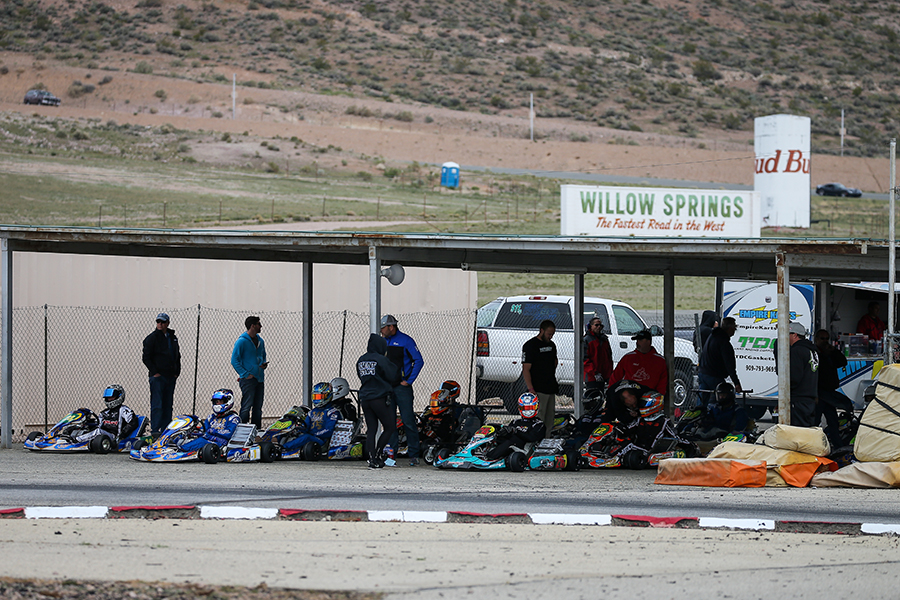 Superkarts! USA and HPD are in the process of inspecting four Stock Moto engines, having impounded the top two finishers in both S1 and S4
(Photo: DromoPhotos.com)

EKN has learned that Superkarts! USA made a significant move to confirm the purity of their Stock Moto program this past weekend, confiscating the Honda CR125 powerplants of the first and second place finishing drivers in the S1 and S4 categories at the California ProKart Challenge race at Willow Springs. Following the event, the motors of Jimmy McNeil, Billy Musgrave, Darren Elliott and Alan Michel were all impounded by SKUSA National Tech Director John Motley and were taken to HPD headquarters for in-depth inspection. We’ve been told that the decision to select the top two drivers in the two categories was made before the day began, which guaranteed that no specific drivers would be targeted.

Input from the paddock points to rumors that engine work has been done that is outside the Superkarts! USA rule set for their Stock Moto classes. EKN does not want to speculate on any particular rules violations, and will wait to hear the results from the testing. The engines that were confiscated included two engines built by SwedeTech Racing Engines and two engines built by Musgrave Racing Company.