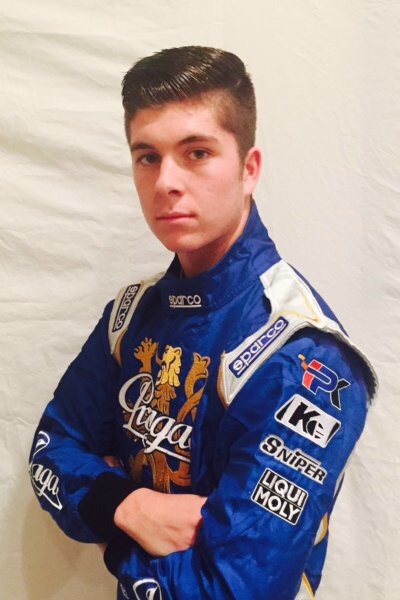 While the winter programs are nearing the stretch run around the country, American karting star Jake Craig has been anxiously awaiting his 2016 racing season debut with new team, Praga North America. The Praga factory driver will kick things off this weekend in Mooresville, North Carolina competing at the WKA Winter Cup finale in the Pro IAME Senior category. Craig, the 2014 SKUSA TAG Senior National Champion and 2015 Vice-Champion, will look to kick off the year on a high note before he heads into the meat of his racing season that will see the Californian compete in the WKA Manufacturer’s Cup, USPKS, and SKUSA Pro Tour championships looking to add to his astonishing résumé.

Jake and his Praga North America team will join top Praga dealer Kart Sport North America and look to take advantage of their home track advantage. “I can’t wait to get on track at the GoPro Motorplex Friday!” Jake explained this past weekend as he has been diligently coaching some of karting’s rising talents during the off-season. “Testing has gone very well as I’ve quickly adapted to the Praga chassis line and am encouraged that we will be competing for victories straight out of the gate. I can’t wait to get back to wheel to wheel racing!”

Jake will update his progress throughout the weekend through his social media channels which can be followed on Facebook: Jake Craig Racing, Twitter: @jakecraigracing, and Instagram: @jakecraig_racing.

Jake Craig is without a doubt one of karting’s most talented and distinguished racers in the United States. The 18 year old Californian has amassed more national championships since 2009 than most will over the course of their entire racing careers and has no plans of slowing down. A four-time Rotax Grand Finals Team USA member and Ferrari Young Driver Academy participant, Craig will look to capture more titles in 2016 as he continues to test and develop in a variety of different formula cars when his schedule allows. Jake is able to race with the support of partners: Praga North America, Tru Tech Racing Engines, Molecule Sports, APM Racing, Complete Trailers, and Courtney Concepts. To keep up with all the latest news or to inquire about how to become involved in Jake Craig Racing, visit www.jcracing.com.