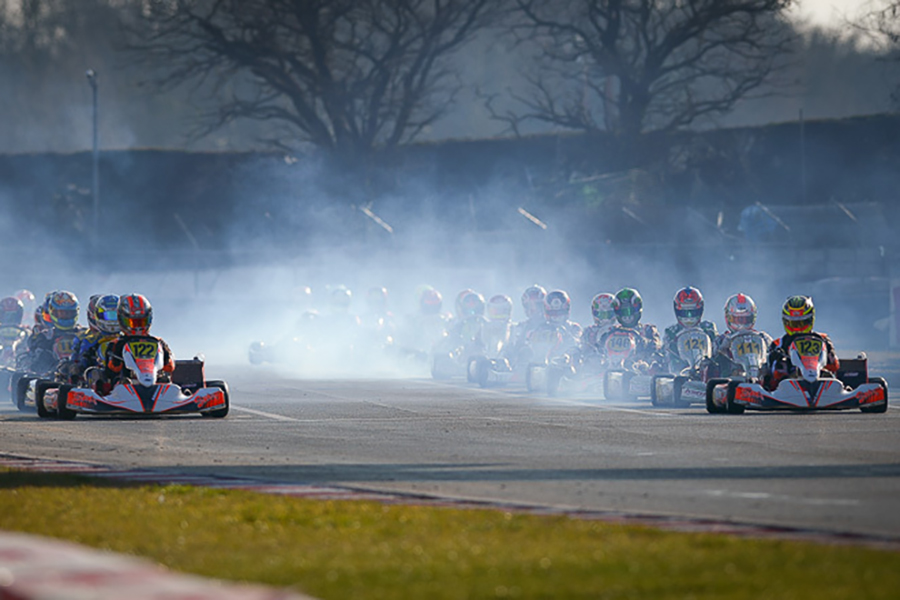 During the classic grand opener of the international season, Sodi has demonstrated the potential of its standard chassis in KZ2. The fruit of the development work initiated in 2015, the French brand’s products have enabled both Sodi Racing Team drivers to fight for victory while many private customers were highlighted with formidable weapons.

The 2016 season started well for the Sodi drivers in the Winter Cup at Lonato. Eleven of the 68 entries had chosen to use the 2016 version of the famous Sigma KZ which was showcased at the World Championships on the Le Mans circuit. A penetration unprecedented to date has been achieved in the international market. The two factory team drivers used equipment directly from the production lines on this occasion with a totally standard rear axle configuration. Their top-tier performance vividly validated the technical decisions of Sodi Racing in 2016.

Bas Lammers and Anthony Abbasse played a leading role throughout the very tough competition at the Winter Cup, starting with the two fastest times of their qualifying session. They then took three wins and as many 2nd places in the heats, Lammers won prefinal B while Abbasse was 2nd in the wheels of the winner of prefinal A. A minor technical problem with the air box meant Lammers was delayed at the start of the final but Abbasse immediately took up the torch at the front of the race and finished on the podium.

Meanwhile, the CPB Sport team drivers fought strongly in the elite category. Nicolas Gonzales finished an interesting 6th in prefinal A and long occupied 7th position in the final before dropping back following a penalty for a dislodged spoiler. The Monegasque Louis Prette crossed the finish line in 20th place and Gabin Leuillet finished 22nd. Tom Leuillet missed qualifying because of a collision as he approached the top 10 in prefinal B and Paul Fontaine did not back off and was  ranked 20th. The Ludo Racing driver Hubert Petit was very incisive before being sanctioned in the prefinal.

Sodi can be entirely satisfied in 2016 with the Racing range of chassis. Successful, both effective and consistent, and able to compete with the best from their first use. Constant and fast, the Sigma KZ offers an extremely attractive base for all levels of drivers to to take victories with confidence.