Energy: A High-Performance Chassis and a Competitive Team 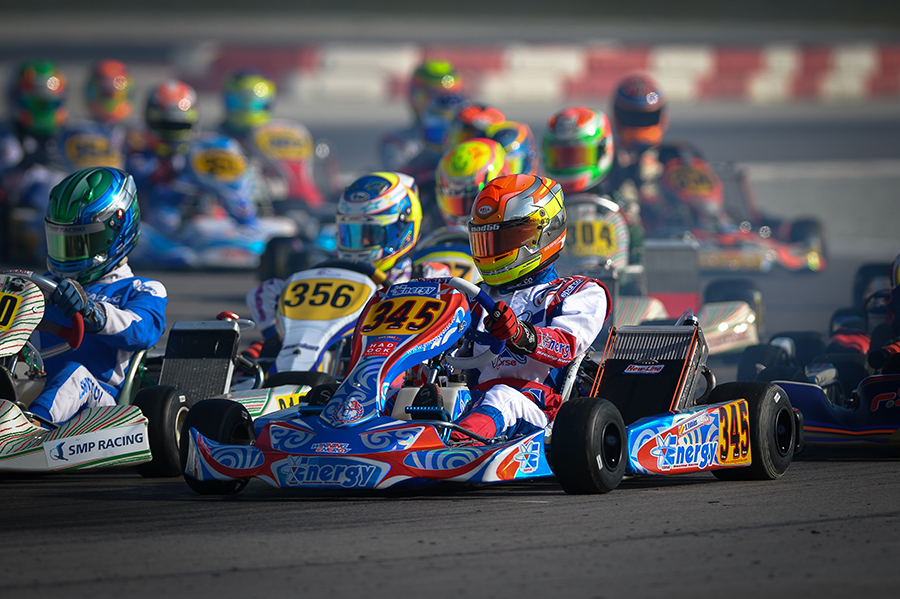 In 2016, drivers are still likely to be confident in the Energy Corse team and the frame of the same name to start their conquest of international karting. The first results have been quick to arrive: podiums in the WSK Champions Cup at Adria and a win in the Winter Cup at Lonato! The Italian team is more than ever one of the most credible in terms of success at the highest level.

The Italian chassis has increased in popularity in 2016. The first events involved 23 brands, and Energy was the fourth most numerous at the WSK Champions Cup, and now the third best represented brand at the Winter Cup. This observation underlines the ongoing commitment to deliver increasingly competitive chassis to its customers, supplied with a neat finish and iconic design.

A Junior in 2015, the Dane Christian Lundgaard has reached a new milestone in 2016 in entering for OK. He intends to achieve his goals with Energy Corse in this ultra-competitive class. At Adria, he played all the leading roles and ended up placing his Energy-TM in 3rd place. At Lonato, Gianluigi Palego discovered the OK and finished with a superb 12th place despite his lack of experience at this level.

Energy Corse has always helped young drivers to discover the international categories, and constantly moves them forward. At the WSK Champions Cup, David Vidales had a difficult prefinal in the middle of the pack, before rising from 16th to 9th place in the final. Thomas Mialane managed an encouraging start, finishing 12th and winning back his place in the final at the Winter Cup. Less successful in contrast were Dominik Goldschmied and Theo Nouet.

With second place at Adria, and first and third positions in Lonato: the Energy chassis set the standard for those under 13 years old. Special mention for the young Francesco Pizzi (Giugliano Kart team), who ultimately prevailed in Mini Rok at the Winter Cup, following his 2nd place in 60 Mini at the WSK Champions Cup. The Russians Vladislav Lomko, Nikita Bedrin and Kirill Smal (winner of the prefinal at Lonato) also impressed, as did Roman Stanek, another member of the Giugliano Kart team.

Podiums in the US

A popular series in the US, the Florida Winter Tour is divided into two groups, with one being for Rotax categories and the other the Rok Cup. In both cases, the Energy chassis have been distinguished: Jak Crawford took the 3rd place in Mini Rok at Homestead, before finishing fourth at Ocala. In Rotax DD2, Marco Signoretti achieved two excellent weekends, reaching third position at Ocala with the North American Energy Team.

Many other challenges await Mick Panigada’s team this season, including KZ2 with several drivers in the Energy colors who will soon enter the arena .