OK and OK-Junior Confirm Their Qualities at the Winter Cup 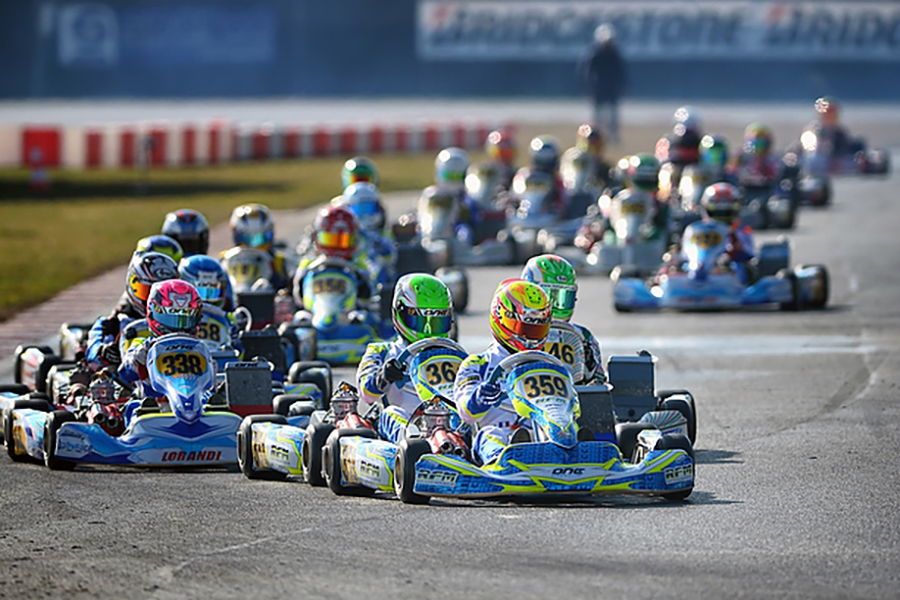 The traditional event of the Winter Cup, which was 21 years old this year on the new 1200 m track of South Garda Karting in Lonato (ITA), confirmed the interest in the new OK and OK-Junior categories which have recently made their debut. An ardent supporter, the Vice-President of the CIK-FIA Kees van de Grint did not miss the event.

“After the positive feedback from the first international Competition for OK and OK-Junior at Adria, I wanted to see the situation for myself at the Winter Cup, which for me remains the great classic of the opening of the international season. The atmosphere was wonderful and there was very high attendance at sunny Lonato. I am extremely pleased with what I saw. For me it is the great return of Original Karting!

The Corberi family and all of the South Garda Karting team have done a remarkable job. The new extended track is superb, and the paddock is fantastic. From the first OK start I saw, I realised how the harmonious sound of a racing engine is important and how it is currently lacking in Formula 1. The first OK and OK-Junior Races proved that this new direction is the right one. This success should convince the most skeptical and lead ASNs to introduce these categories as soon as possible in their Championships.

We recall the conservatism that accompanied the introduction of the new CIK-FIA front fairing previously in 2015. Today, there are many countries that use them. Similarly, I am confident in the future of new categories, because they are good for the future of Competition.”

In sporting terms, the Winter Cup weekend has strengthened the first impressions of the early season. The sequence of races is both more interesting and fairer than before. The battle is already very tight between the different engine brands, Vortex, Parilla, TM Racing and LKE while Tecniengines made a promising first appearance in Competition. Drivers, especially the younger ones, are beginning to learn to use a direct-drive engine whose educational aspect will become increasingly important over time.

The testimony of the drivers confirms the attractiveness of the new categories whose push start does not present a major difficulty. The weight reduction is widely appreciated, as the karts are now sharper and more enjoyable to drive. “The corner speed is higher, but the removal of the front brakes remains for me the most important point,” said Ben Hanley, OK Driver at Croc Promotions. “The steering becomes more demanding as well, especially when overtaking. The OK is definitely a major step which should soon attract more drivers, both in international and in national championships.” Felice Tiene, a factory CRG Driver, agreed: “It’s a good class, the engine is fun to drive. As the kart is significantly lighter, performance is high while the engines are just beginning their development.”

A young American Driver, Anthony Gangi is starting a European campaign in OK this year with the team Ward Racing: “This is harder than I have known in America, in Rotax or X30, but this is what is interesting. The engine is more powerful and linear with good acceleration at low revs. The kart is very much faster. I am delighted to race a full season in Europe in these conditions.” The new classes also attract amateur Drivers like the Frenchman Hugo Arnaud, who has just started his second season in Competition. “The OK category offered me a great opportunity to race in the Winter Cup with the best Drivers, which I probably would not have done before, and therefore increase my experience. I learned a lot and I’m glad I managed to restart myself after a small mistake.”

For the mechanics, satisfaction is widespread. Speed and ease during assembly and disassembly, light weight for handling, and the end of battery management concerns are regularly mentioned. It is however the peacefulness during the starting phase that most of these field technicians appreciate. “I like to stay in contact with my driver on the starting grid,” says Christophe Noël, of the Kosmic Racing Team. “I do not have the concerns about starting the engine, a crucial moment when I could not intervene in KF. With the decompression, it will start.” Arnaud Kozlinski, a CRG Racing Team mechanic, agrees: “We are no longer as anxious as before. All of the engines start, whereas before there was always one or two that caused problems. With the fundamentals of the KF, its a simple kart, where any young driver can practice with his father. That’s how you learn!”