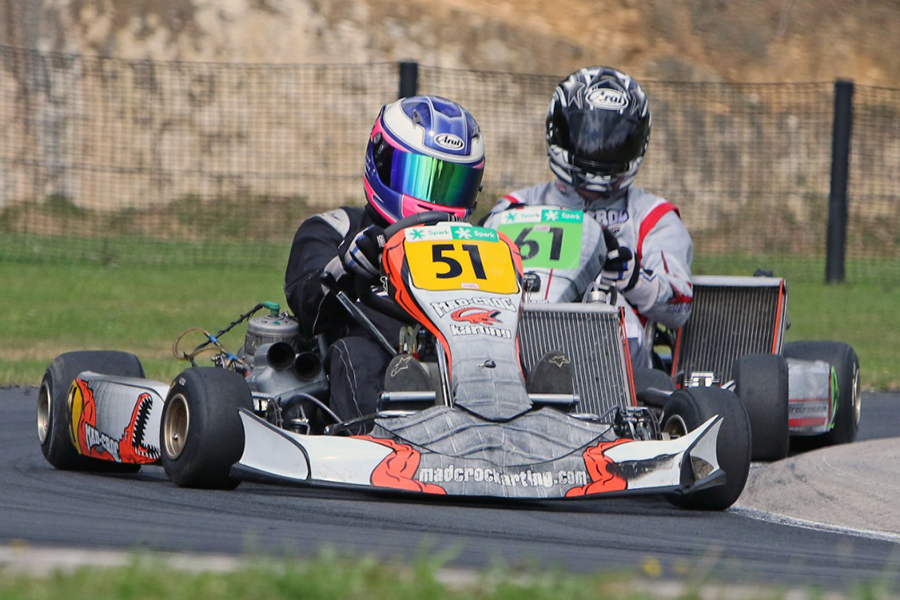 The action on track sizzled under a cloudless blue sky and in searing hot summer conditions at the KartSport Rotorua kart club’s new Sulphur City Sprint kart meeting over the Feb 13-14 weekend.

The two-day meeting at the KartSport Rotorua International Raceway west of the city hosted the opening rounds of both the ProKart Series and the new ROK Cup New Zealand series, with support from a range of senior and junior classes.

Some of the best racing in the senior ranks came from the combined 6-speed gearbox/125cc KZ2 class-based ProKart Series races, with young guns Simeon Woolsey and Aaron Wilson leading from the front, Jared MacKenzie, Graeme Lambert and Steve Brown battling it out for Masters class honours, and Aarron Cunningham providing defending class champion Garry Cullum with some serious competition in KZ2 Restricted.

Wilson was the pace-setter and looked set for a class clean sweep after qualifying quickest and winning both heats and the Pre-Final only to pull out of the Final – leaving victory to Woolsey – with what he thought was an overheating engine. 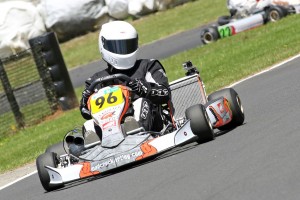 As it turned out it was a problem with the gauge not the engine, though because ProKart Series points are awarded across the heats, Pre-Final and Final, Wilson still ended up second for the round.

Masters class ace Steve Brown was also left pondering what might have been after a tangle with Jared MacKenzie in the Final.

Brown pipped MacKenzie for pole in qualifying but it was MacKenzie who won the heats, Pre Final and Final. Brown was never far behind in second, and in the Final ran up the back of MacKenzie’s kart when the latter missed a gear.

MacKenzie was able to stay on the track but Brown spun off, leaving Graeme Lambert second, Mark Lane third and Mark Wheeler fourth.

After years running at or near the front in the Rotax Max Heavy category, Aarron  Cunningham proved a quick learner in his debut in the KZ2 Restricted class, qualifying quickest and swapping heat wins with defending class title holder Garry Cullum.

Cullum won the Pre Final from Cunningham but any chance Cunningham had of a first up Final win were dashed when he received a time penalty for a start line infringement, putting him back behind Cullum in the results.

There was depth as well as pace in the 14-strong field as well with impressive performances from Louis Redshaw, Clay Osborne and Mitchell Frazer.

The Cadet ROK class also produced some outstanding racing with fastest qualifier,  class North Island champion Luke Thompson, winning both the Pre-Final and Final, the latter from Ryan Bell from the Bay of Plenty and Louis Sharp from Christchurch.

With Thompson moving up to the Mini ROK class after the next round, however, he was not entered for the series in the Cadet ROK class, meaning Ryan Bell took the series’ round win from Sharp, Liam Sceats from Auckland and Logan Manson from Palmerston North. 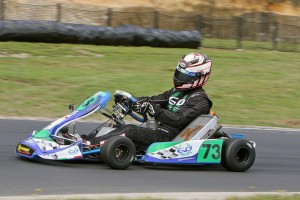 Again, the depth of talent in the class is as great as it is in the Mini ROK category with special mention going to young Nelson driver Bo Hill who set the second quickest lap time in qualifying on his first visit to the Rotorua track. 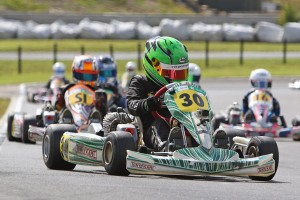