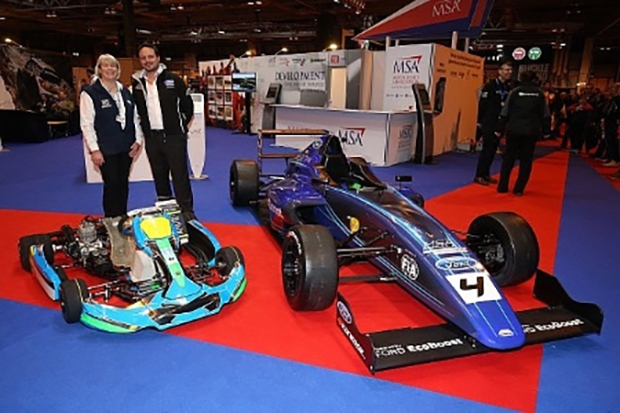 MSA Formula and Formula Kart Stars have announced a partnership which will see FKS champions win a fully funded season in MSA Formula powered by Ford EcoBoost. It will result in greater alignment between both series as they continue to provide the best foundation for motorsport’s most talented and exciting prospects.

“This is incredibly important. As is written in our logo, FKS is the road to Formula 1 through racing and education, and MSA Formula is the next part of that journey. We’re aiming to help all the kids in our championship make the jump to MSA Formula. This partnership represents a major part of a credible pathway to Formula 1. We’re joining the dots if you like, between FKS, MSA Formula, GP3, GP2 and F1.”

The first of many beneficiaries of this relationship is 2015 Formula Kart Stars champion, Ross Martin, who will race with Fortec in the Ford powered series courtesy of the prize. The young Scottish racer enthused: “The opportunity this partnership has given me is fantastic. There’s no other thing like this at any level in British motorsport. There’s a real logical scope for progression now and it really sets you up for the future.”

“The Ford MSA Formula is delighted to welcome a driver of Ross Martin’s calibre to the Championship. With his FKS karting pedigree, he’s sure to be a frontrunner from the outset. We’re also particularly pleased to have established this relationship between FKS and the Ford MSA Formula that we believe will benefit the development and careers of young drivers for many years to come.”

More details of the partnership between Ford MSA Formula and Formula Kart Stars are to be announced in the near future.