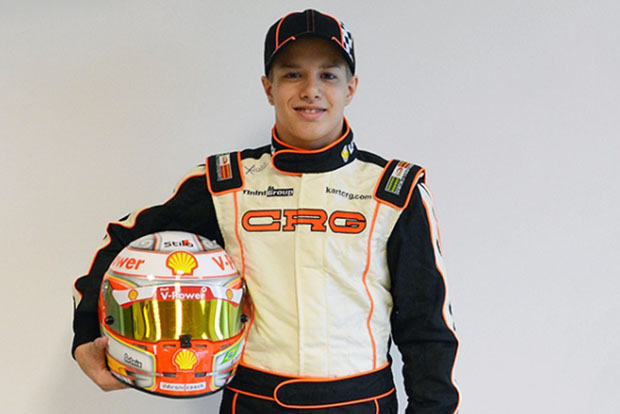 The young Brazilian driver Gianluca Petecof joined CRG Racing Team in OK Junior. His debut will be at the Trofeo Andrea Margutti before running the WSK Super Master Series, European Championship and the CIK-FIA World Championship.

CRG works team has been enriched by the arrival of another young and very strong driver, the 13 years old Brazilian from Sao Paulo Gianluca Petecof, who has been hired by the Italian squad to take part in 2016 OK Junior.

Gianluca Petecof has made his debut in Europe last year taking part in the KF Junior World Championship in La Conca. He was Florida Winter Tour Champion in the United States, and also started the Tag Junior Final of Las Vegas from the pole position last year. In Brazil he has been shining in the Sudam Junior.

Dino Chiesa, CRG Principal Team: “We are quite confident for the introduction of Gianluca Petecof in CRG works team. He is a young but very fast driver, I am pretty sure he will award us with great satisfaction in OK Junior. He will start this experience with us from the Trofeo Andrea Margutti and then will compete in the WSK Super Master Series, European Championship and CIK-FIA World Championship.”