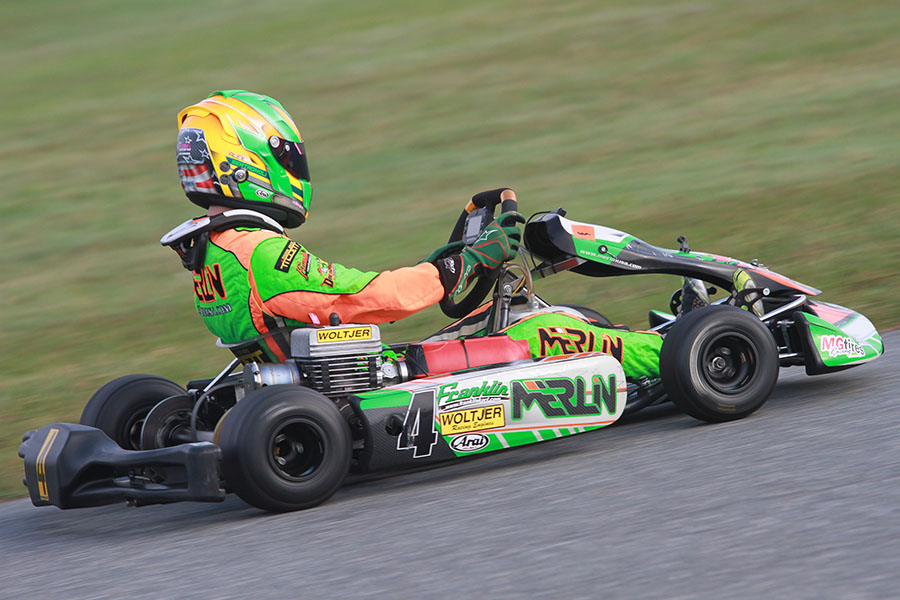 Alex Bertagnoli opened up the 2016 season with two wins at the WKA Daytona KartWeek (Photo: EKN)

The torch has been passed down in Franklin Motorsports / Merlin operation to Alex Bertagnoli. For the last few seasons, Brandon Lemke has ruled the Junior ranks up and down the eastern half of the United States, and secured the Superkarts! USA Pro Tour championship in 2015. Lemke has graduated to Senior level, leaving a void to be filled for the upcoming 2016 season. Quick to pick up Merlin Nation flag was Alex Bertagnoli.

The Illinois driver gained a lot of experience in his rookie Junior season throughout 2015, learning from and competing against Lemke and other top drivers that are moving up to Senior this season. His breakout performance was at the SKUSA SuperNationals XIX when he bested both championship contenders Lemke and David Malukas all week. Alex qualified in the top-five, won a heat race, and started the main event from P3, all in his SuperNationals debut. Bertagnoli led the opening lap of the race, however, dropped to fifth by the checkered flag. The accomplishment was big in the long term goals, as there was no hint to his success in Las Vegas prior to the event. 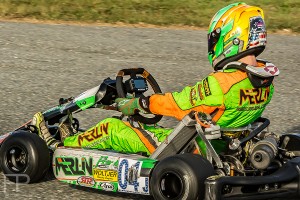 Carrying the momentum from the SuperNats, Bertagnoli began his second season as a Junior driver at the World Karting Association Daytona KartWeek to kick off the 2016 racing season. He opened up the weekend in Daytona with a victory in Yamaha Junior. Alex qualified first, posting a 44.014-lap to secure the fast time by over a tenth of a second. It was a wire-to-wire win in the 8-lap heat race, and led all 12 circuit in the main event for the victory, out front by nearly two seconds.

The second victory came in IAME Junior division on day two of the event. It was a close qualifying session with Bertagnoli clocking in fourth, just 88 thousandths off the fast lap of the session. Alex worked his way up to the front to earn the Heat #1 win but dropped back to second during the second heat. Bertagnoli got the jump at the start of the 12-lap main event from the outside front row position, and led the entire distance to the checkered flag.

Bertagnoli came away with a total of four podium finishes in four main events for his Daytona KartWeek. Day One in IAME Junior was a runner-up finish. He qualified P1 and ran second in both heat races and the main event. Alex earned three pole positions total on the weekend, including a second in Yamaha Junior for Day Two. He went on to win the first heat, and narrowly missed reaching the checkered flag first by 87 thousandths in Heat #2. Bertagnoli led the first five laps of the main event until slipping down to third before the checkered flag.

Alex attempted to compete at the recent WKA Winter Cup event in Jacksonville, however, a nasty virus kept him from performing at 100%, still managing to record two top-five finishes in the IAME Junior division. Bertagnoli is looking forward to recovering back to full health and is set to compete in a number of events for 2016, including the Winter Cup finale next month. Alex will compete in the WKA Manufacturers Cup Series, United States Pro Kart Series and the Superkarts! USA Pro Tour. 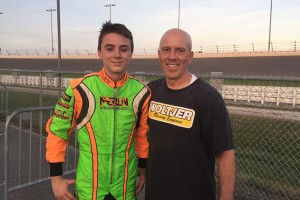 Chassis: Merlin
Engine/Engine Builder: Woltjer
Sponsors: Merlin, Franklin Motorsports, Arai, Race Ready Engineering
Series You Compete In: SKUSA, USPKS, WKA
Years Karting: 9
How did you get started in karting? We went to MRP to test a kid kart when I was 5 years old to see if I would enjoy driving. We ended up buying the kart and racing it the next week at Badger Kart Club. The rest is history.
What has been the high point in your racing career? Finishing top 5 at my first SKUSA SuperNationals in 2015 as a first year junior driver.
What are your goals in racing? To get good sponsorship and to eventually drive professionally.
In a few words, how would you describe your driving style? Calculating, Aggressive but clean.
Funniest moment at the race track? Under the Merlin tent at the 2015 SuperNats when Jamie Sieracki and Jason Birdsell started mimicking two English guys. The whole tent was in tears.

What do you do when not at the track?  Baseball, Basketball, Snow Boarding
What are your goals outside of karting? Good grades in High School and go to college for Mechanical Engineering
What type of street car do you drive? None
What type of street car would you like to drive? 2016 Ford Focus RS
What are your pet peeves or things that irritate you? Bullying, Racism, and babies crying on planes.
What do you think could be done to improve the sport of karting? Video review of on track conflict.
What are your favorite aspects about the sport of karting? Slowly moving up to the green flag and thinking about what your first move you’ll make. The adrenaline rush excites me to make my moves and get up to the lead quickly and winning.