From the Tower: Challenge of the Americas 2016 – Tucson

February 05, 2016 by David Cole
Challenge Of The Americas / Columns / EKN Lead Story / From the Tower 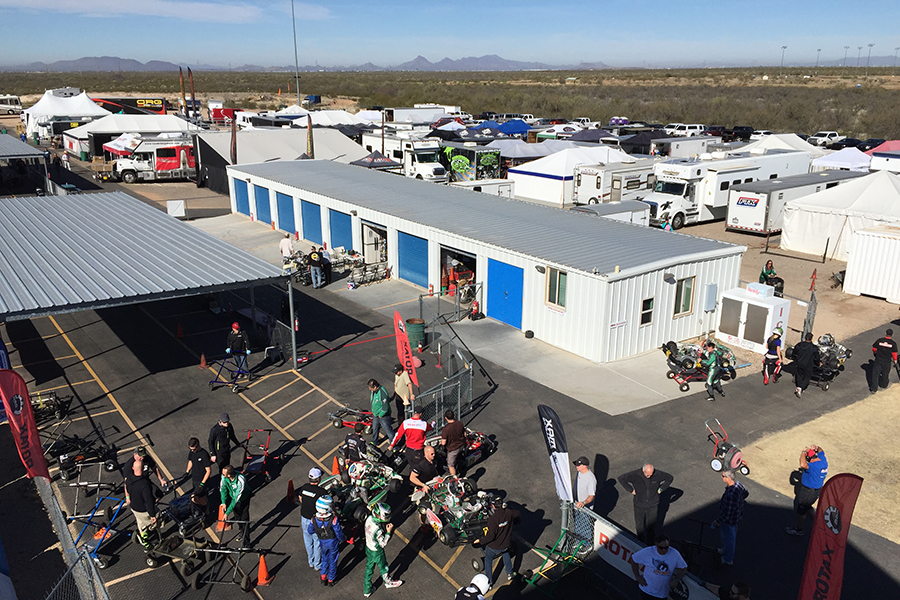 We spend our entire racedays up in the tower, watching every on-track session while producing our EKN Trackside Live program, so not much time is spent roaming the paddock for the stories. The‘From the Tower’ column is our chance to delve deeper into some of the accounts that develop over a race weekend, those that may or may not have been included in the daily race reports. For complete coverage of the Challenge of the Americas Tucson round, visit the EKN Event Page – DC 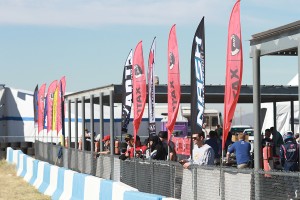 During our tenure covering the Challenge of the Americas, each and every weekend has been an enjoyable break from the cold wintery weather from the northern states and Canada. Rain has been limited to only a few showers here or there, not effecting the major portion of the weekend schedule since visiting the series back in 2012. This weekend in Tucson was another great example of the weather the Challenge has to offer. Warm temperatures provided the optimal situation for racing, while keeping the mechanics and family members comfortable while watching their drivers. The mood in the paddock continues to be one of respect and fun. Everyone is there to compete and be the best on and off the track, the attitude many have is one of enjoyment. The staff at the Challenge continues to welcome everyone and a way to ensure racers feel at home during the weekend. Promoter Andy Seesemann makes it a point to welcome everyone personally, and continues to provide one of the best racing series in North America. 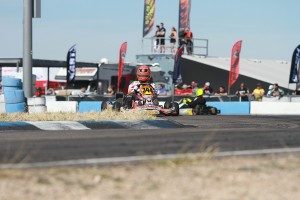 Christian Brooks has brought CRG back to the forefront in Senior Max (Photo: EKN)

For the past couple of years, the OTK chassis models have been the primary winning karts in Rotax competition. Just in the Senior category, OTK won all the main events in 2015, five of six in 2014 (Arrow), and four of six in 2013 (two wins for Arrow). 2012 was the last time we saw diversity in the winning chassis brands with OTK and Arrow each winning two Finals with Maranello and Top Kart also reaching the top of the podium. You have to go back to 2011 for the last time a CRG chassis won in the headline division. Brazilian Felipe Fraga piloted a CRG to victory at the CalSpeed event, with Joey Wimsett winning the day before. Fraga would go on to win the championship that season.

Fast forward to this weekend where we saw only three of the 24-drivers in the Senior Max field piloting a non-OTK chassis. Birel ART, Sodikart, and CRG were the other brands in the sea of OTK. The one that stood out on the weekend was CRG with 2015 vice-champion Christian Brooks. The 2012 Mini Max Challenge champion was runner-up in 2014 in the Junior title chase, so running at the front is nothing new for the SoCal pilot. Brooks has been piloting OTK models since moving into the Junior ranks in Rotax competition and once again last year in his rookie Senior season. Nash Motorsportz addition of the CRG brand to its stable of chassis brands opened the door for Brooks to move over, and is working directly with the factory on development. Christian was at the top of the results sheet in four of the six on-track sessions Saturday and Sunday, including a dominating victory in the main event for Round Two. CRG also garnered two victories in the Mini Max category with CRG Nordam driver Marco Kacic, in his return to the black chassis. Aside from DD2 competition, this was the best weekend for the brand at the Challenge in many years. Now with success, we will see how the brand moves forward with its new era under the CRG Nordam reign.

Cream of the Crop: Nick Brueckner the Driver to Beat in Junior 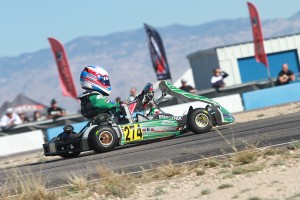 All drivers are chasing Nick Brueckner in the Junior Max division (Photo: EKN)

The list of Junior Max champions at the Challenge is among the best the sport has seen, dating back to its inaugural season with Canadian Phillip Orcic scoring the title. Last year’s champion Sting Ray Robb is focused on moving up the motorsports ladder, and running a limited karting schedule which opened up the top spot at the Challenge. Next driver up was last year’s vice-champion Nick Brueckner. The Orsolon Racing pilot swept the weekend in Tucson to establish himself as the driver to beat. It will be an interesting final two events as we see a number of new faces toward the front of the Junior Max field. Koene USA’s Zoey Edenholm and Overdrive Motorsports’ Matthew Taskinen stood on the podium, Edenholm’s third straight dating back to last year’s finale and Taskinen his first ever trips to the steps in the series. Max Fedler (Unser Racing) and David Rafailov (Tony Kart) along with rookies Griffin Dowler (Ryan Perry Motorsport) and Hannah Greenemeier (Rolison Performance Group) will be among those in the fight for the vice-champion position unless someone steps up in Phoenix to stop the Brueckner train.

Go or No-Go: Tech Decides Masters Winner on the Weekend 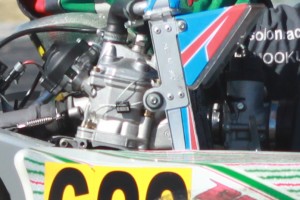 In Tucson, we saw two disqualifications due to tech infractions that removed the results of two drivers for the entire weekend. One in Junior involving Trey Brown and another in Masters Max with provisional double race winner Billy Cleavelin. Both items were the reed cage ‘out of spec’ (rule 5.6.1 – minimum gap). With the Rotax powerplant, the engine is sealed by an authorized service center at the top of the engine, and the bottom end. Tech officials informed all the competitors in the driver’s meeting prior to the start of the event that Saturday engines were going to be recorded so on Sunday, if an infraction is found under the seal, it is a disqualification for both days.

In 2013, we saw Phillip Arscott elect to have his engine tech under the seal following the Saturday final, and was found to have ‘improper alignment with his balance driver gears’. He bounced back the following day to score the race win and the championship by just two points. We did not see or hear of anyone taking this option over the weekend.

Technical infractions are nothing new to Rotax, and to karting in general. Little items, such as a spark plug washer missing which cost John Crow the US Masters Max Grand Nationals victory in 2009, or a starter bendix cover not the correct type by Michael d’Orlando at the Florida Winter Tour two weeks ago, taking away his first Junior Max victory. Those are the tough penalties to deal with, as they are not ‘performance enhancing’ items. Under the seals is technically the responsibility of the service centers while the carburetor is unsealed to allow for changes throughout the weekend, and open to numerous changes and exchanging parts during the day. These two sections of the engine are where most of the performance-based penalties come from. In most cases, it is not that someone is attempting to ‘cheat’ or ‘break the rules’, however, items may just not measure out as they did prior the seal or insert a component that was not measured properly. It’s called ‘pushing the limits’ and it happens in all of motorsports.

At the end of the day, while it is unfortunate to be penalized, it boils down the responsibility of the driver knowing that everything on the kart as it should be. It is stated in all the rulebooks across the country and around the world. 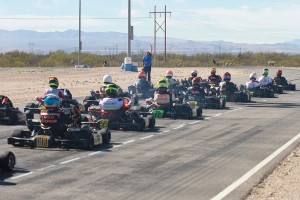 Shifters took the first green flag at the Challenge this weekend in Tucson (Photo: EKN)

The Challenge of the Americas has been exclusive to Rotax categories for the first eight years. With the creation of the US Open and its success during the 2015 season, shifterkart racing is expanding once again in the United States. The Challenge took input from many of the teams that already competed at the series, and from racers outside looking to be part of the program. The lack of participation in the DD2 formats opened up a space for two new categories to replace them after getting dropped following the 2015 season. In came the Shifter Senior and Shifter Masters divisions.

It was a strange feeling going from the typically quiet Rotax buzz to the thumping noise of six gears slamming around the circuit. Nearly 20 drivers took part in the inaugural event in Tucson, with a stout 14 pilots in the Senior category. The two divisions were dominated by two drivers, as Jake French (Dallas Karting Complex) destroyed the competition in Senior while US Open inaugural champion Ryan Kinnear (Champion Racing) triumphed in both main events. The categories added to the Challenge will give shifterkart drivers the opportunity for more racing before the bulk of the season begins, and more are expected to compete in Phoenix and Sonoma for the next two rounds of the Challenge with a solid club and regional population. 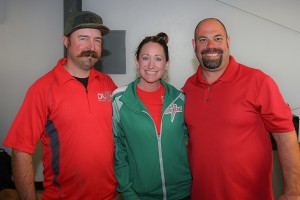 Still into its first year, Karting Community United is building its place in the karting world. Launched in early 2015, KCU is a non-profit organization developed by karting mom Jen Durrant, and includes board members Maddi Egger, Alan Rudolph, Andy Seesemann, and Mike and Elena Maurini. The charity provides support and financial assistance for those in the karting community. Events were held throughout the US Open schedule to help raise funds for the charity, which has provided to a number of causes and fundraising campaigns such as Sam Fries family and to the recently injured Todd Edgington, among many others. In Tucson during the Challenge of the Americas event, a 50/50 drawing was taken place with Durrant and others selling tickets throughout the paddock. In total, they raised over $1,400 with the winning ticket going to James Rooke of Pure Karting. Half went to Rooke, and the other to KCU. Check them out on Facebook to learn more about this great organization.