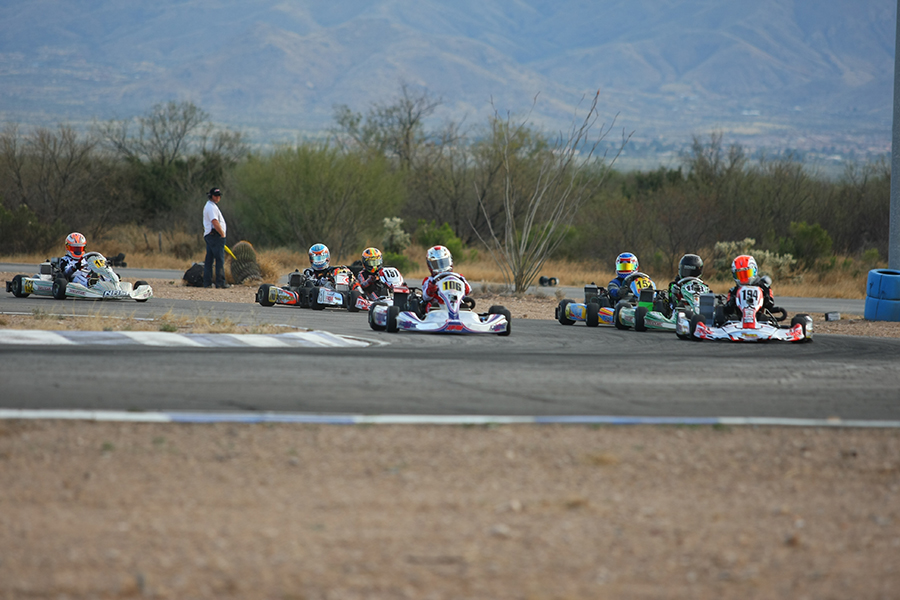 The ninth edition of the Challenge of the Americas is set to begin this weekend as racers from across North America converge on the Musselman Honda Circuit in Tucson, Arizona. Serving as the ‘premier winter karting series on the left coast’, a new era begins for the program set to contest three race weekends in a six-round championship format. Five Rotax categories will be joined two shifterkart divisions joining the series for the first time, expanding the reach and possible future growth of the series.

The Musselman Honda Circuit is among the most-challenging tracks in North America. The layout is a replica of the Suzuka circuit in Japan at 3/4-mile long and 12 turns, all with their own unique characteristics. The Challenge visited the Tucson circuit in 2012, and has returned every year since to open up each championship chase.

Three of the Challenge series champions will have the prize like no other. Each year, the Challenge of the Americas has presented tickets to the elusive Rotax Max Challenge Grand Finals. This year, three drivers will earn a spot to compete at the ‘Olympics of Karting’ in 2016 while representing the Challenge and their respective countries. Those drivers to earn the most points in the six-round championship chase for Senior, Junior and Masters Max will earn a spot at the October 16-22 at the Circuito Internazionale di Napoli in Sarno, Italy near Naples.

For those who are unable to attend the Challenge of the Americas opening weekend, eKartingNews.com will be providing their ‘Trackside Live’ coverage for a fourth straight season. Viewers can enjoy the live timing from the event provided by Race Monitor, while listening to voice of the Challenge – Rob Howden – as he give the play-by-play call of the action as it happens. The EKN Live program can be streamed to your laptop or computer, and on mobile devices all from one page – eKartingNews.com/live. Daily reports, forum and social media updates can be accessed through the EKN Event Page.

Below is a preview of the three younger categories of the Challenge of the Americas – Junior, Mini and Micro Max. A look at the Senior Max, Masters Max, Senior Shifter and Masters Shifter. 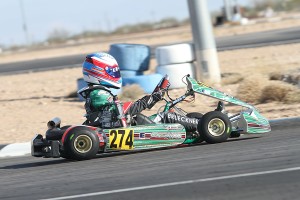 Nick Brueckner returns to the Challenge as the lead title contender (Photo: EKN)

The 2015 championship was a battle down to the wire with Idaho driver Sting Ray Robb coming out the champion with three victories in the six rounds of racing. Robb’s success at the Challenge translated to a strong 2015 season, adding a number of victories, podiums and championships. The Idaho’s focus for 2016 is moving up the motorsports ranks, leaving a void in the champion role open to those looking to start the chase in Tucson this weekend.

Nick Breuckner was the vice-champion to Robb, as the two went back and forth through four rounds of racing. Unfortunately, Brueckner was removed from the Round Five event for a fuel situation, ultimately costing him a chance at the title. The Texas driver has been out of the seat since August 2015, making a return last weekend at the FWT with a top-10 performance. The Orsolon Racing / Tony Kart driver enters Tucson as the lead championship contender.

Right there next to Brueckner is sophomore Junior Max driver Trey Brown. The Ryan Perry Motorsport / Tony Kart driver scored third in last year’s championship chase as a rookie, recording four-straight third-place finishes behind Robb and Brueckner. With a full season aboard a full-size chassis, Brown is on the short list to contend for the title.

Among the drivers competing this season, four of the Junior drivers are female. Zoey Edenholm (Kosmic) is a returning Junior driver, finishing last year strong with a third-place performance at the series finale for her first Challenge podium. More could be on the horizon this season, now working with Koene USA. 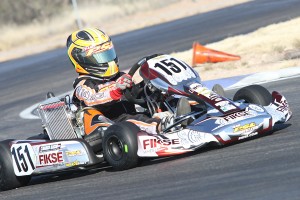 A number of new faces will be among those fighting for victories and the championship in the Mini Max division this season at the challenge. The top-two finishers in last year’s standings Sebastian Alvarez and Payton Durrant have graduated on to the Junior ranks. This has opened the door for new drivers to be among the forefront when it comes to fighting for the championship. The top-two returning drivers are Austin Torgerson and Marco Kacic. Torgerson (Ruthless Karting / Tony Kart) finished fourth in the standings last year, placing on the podium three times in six races for his rookie Mini Max season. Canadian Kacic (CRG Nordam) was among the five different drivers to win last year, scoring a victory in Phoenix while also having a runner-up in the opening round in Tucson.

Last year’s Micro Max champion Diego LaRoque (Benik), who won all six feature races, is making the move up to Mini Max in 2016. LaRoque is looking to match or better the results of 2014 Challenge Micro Max champion Jak Crawford, who finished third as a Mini Max rookie last year. The rest of the field is made up of some new faces and returning drivers from 2015 that were unable to reach the podium. 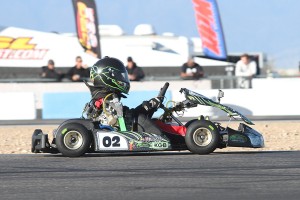 Ashton Torgerson is the most experience Micro Max racer in this year’s field (Photo: EKN)

The Micro Max category is the youngest age bracket in the Rotax Max Challenge program world-wide. The United States was among the first countries to implement the class, which continues to gain momentum across the globe. 2015 champion Diego LaRoque has moved up to Mini Max, thus leaving the opportunity for a driver to become the sixth different champion at the Challenge. Three drivers who finished inside the top-10 in last year’s standings are set to compete in Tucson. Ashton Torgerson (Ruthless Karting / Tony Kart) finished fourth in 2015, standing on the podium three times with third-place finishes. Carson Morgan (Benik) was a top-five finisher a year ago, primed to be a podium contender in 2016. Tuesday Calderwood (Tony Kart) came on late in the season after missing the opening event in Tucson. Gabby Brienza (Tony Kart) and Enzo Swan (Deadly) are joining the series from Colorado, with California’s Piers Aspiras (BirelART) and nearby Peoria’s Graysen Andrews (CRG) will make their series debuts this weekend.