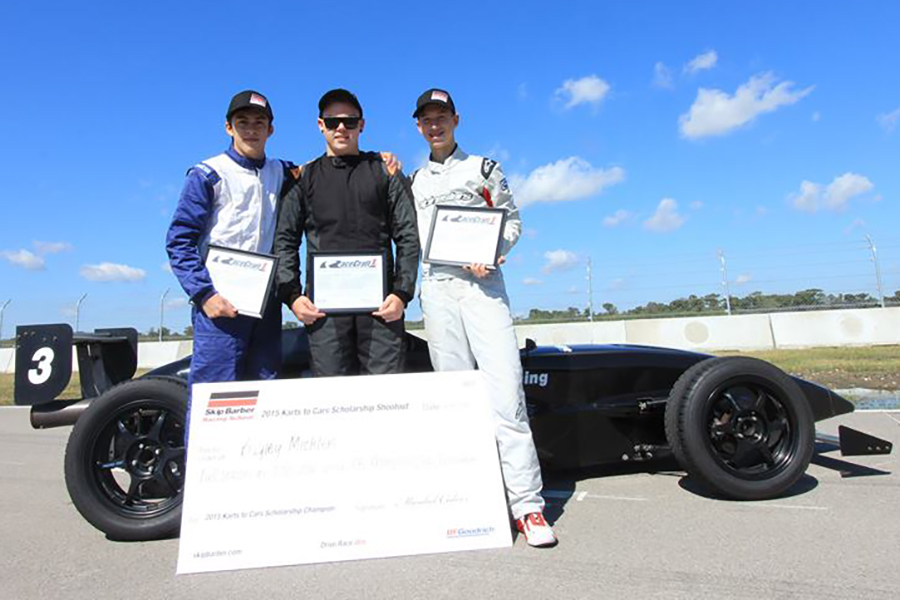 Skip Barber Racing School is thrilled to reveal the winners of the 19th Annual Karts to Cars Scholarship Shootout. The top karters from around the world competed this week in NOLA Motorsports Park in tough conditions to pursue more than $65,000 in Scholarship Prizes. An international karter from Western Australia, Bayley Mickler, came out on top and garnered the acclaimed prize of a full season in the Skip Barber Race Series.

The winners for 2015 Karts to Cars Scholarship Shootout are as follows:

The 2015 Karts to Cars Scholarship Shootout also marked the first to showcase the recently launched talent management business of Skip Barber Driver Development. Jonathan Hadaya, who is managing this new initiative remarked that “I was impressed with the level of talent in the field of athletes, as well as the operation of the event. SBRS provides a level playing field for these drivers to showcase their skills and ability. There is nothing quite like this in MotorSports today”

“This year’s field of karters continued to showcase a level of camaraderie, drive and talent that the event always attracts,” said Director, Competition Casey Carden. “This group joins an illustrious group of past participants and will have the opportunity to develop their skills in our time-tested Race Series. This is why we are here – supporting racers as they pursue their motorsports dreams and this event was a testament to that.”

In addition to being able to compete in the Skip Barber Race Series, the winners also earned additional prizes from third party sponsors. Mickler was awarded the RACER Magazine “Top Gun Award” and will be featured in a future issue of the publication.

All three racers also won scholarships from RaceCraft1 for a comprehensive evaluation. RaceCraft1 specializes in formal instruction and driver development for professional racers and engineers, developing-youth drivers, and motorsports enthusiasts through a professional training program.