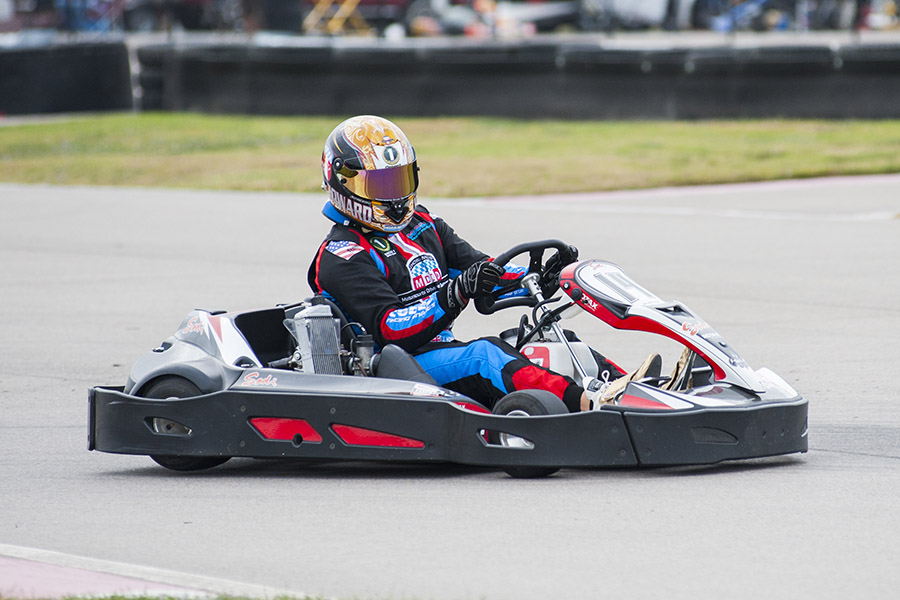 Race 10 of the NOLA Sprint Kart Championship prove to be another great day of racing. Even with the threat of wet weather present all day as Hurricane Patricia closed in on the Gulf South. The 56 entries among 11 classes of racing put on another great show for everyone that came out to watch, participate or even came for a quick session of karting on NOLA Motorsports Park’s arrive & drive track.

The day of racing started off with the Briggs & Stratton Local Option 206 powered class of Senior 4-cycle. Greg Lacoste Jr. (Margay) needed a finish of third or higher to lock up the class title for the 2015 season. In typical fashion, Lacoste over achieved his goal and ran away with not only his 9th win of the season but a sweep of the day in all sessions and setting a new track record in the process clinching the championship. Rounding out the podium would be Scott Griffin (Razor) and Anthony Harwin (K&K).

Everett Thomas (CompKart) after coming up short of victory in Rotax Senior Max the last two races looked to return to form. Thomas delivered with sweeping the day and taking his sixth win of the season fifteen seconds ahead of championship rival Zach Rouse (Energy) increasing his lead to 276 going into the season finale. Jacob Crowell (Sodi) would finish third on the day and promote himself to third in the points by way of mechanical DNFs from John Robicheaux (FA Kart) and Sebastian Guerra-Mondragon (Tony Kart). 2015 Rotax Masters Max Champion James Dix (Birel) returned from a month off to a five kart field for the class. New comer Curtis Terry (Kosmic) set the pace early with Pole Position in qualifying but Dix showed that his is champion for a reason by winning both the Pre Final and Final convincingly for the seventh time this year. 2015 Rotax DD2 Masters Champion Todd Meyer (CRG) placed second in class followed by Terry in third. 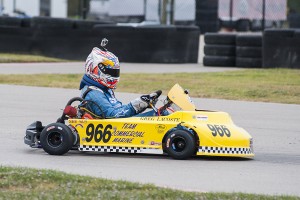 The arrive and drive class of the NOLA GT MAX Cup using NOLA Motorsports Park’s fleet of 21 hp Rotax powered Sodi Rental karts that any one looking to give kart racing a try or racers that don’t have their own personal karts can get in on the fun as well. The class rolled off the grid with nine entries from all parts of the United States as well as Canada and Europe. Dominating the day was IndyCar driver and former Indy Lights Champion Jay Howard. The head of Jay Howard’s Motorsports Driver Development, voluntarily starting from the back for the Pre Final and Final, took top honors for all sessions. Finishing second in the Final would be GT MAX regular George Zarragoitia followed by Hollywood stuntman and Formula 2 driver Wade Eastwood.

In the Shifter & Rotax DD2 run group, Luis Zervigon (CRG) swept the day in Rotax DD2 Max to claim the points lead by fifteen over Chad Clark Jr. (CRG) who finished third. Al Hassenboehler (CRG) finished second on the day and pulls to within twenty points of the lead going into the last races of the year. George Zarragoitia (CRG) scores his third win in five in Rotax DD2 Masters over Chris Clement (CRG) and Ronnie Coste (CRG). On the Shifter Open on Stock Honda Shifter side, Blaine Cavin (Sodi) claimed another win in S2 over Patrick Leonard (Intrepid), in route he also set fastest lap of the run group in all sessions ahead of the lone Shifter Open entry of Dallas Lassalle Jr. (CRG) who clinched the championship in class. The talk of the day would be Logan McDonough, the Rotax Junior Max driver on a barrowed CRG S4 class kart ran the unclassed in the group for extra seat time and to sample a shifter kart in competition, came away with the overall win over Cavin and Lassalle having never driven the kart till the Pre Final that day. 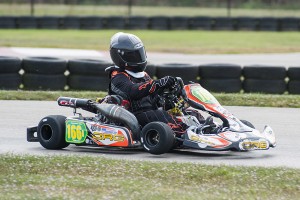 The Junior 1 and Junior 2 run group fired up their restricted Briggs & Stratton Local Option 206 engines with seven karts on the grid for the day. Macon Moore (Ionic Edge) motored to his seventh win of the season in Junior 1 as well as claiming all available bonus points to stretch his lead to eighty points over Ayden Guilbeau (Coyote) who placed second. Finishing third on the day would be Rymi Gonsoulin (Exprit). Seth Corbin (Margay) being the lone Junior 2 entry closed the gap to points leader Micheal Causey (Coyote) to twenty-three between them going into November.

Cole Killian (CRG) dominated Rotax Micro Max from the jump. Setting the Pole time in qualifying and taking the wins in both the Pre Final and Final and fastest lap in both races gaining valuable bonus points. The win increased his lead to the championship to eighty-six over second place driver Jesse Mitchell (CRG). Peyton McDonough (CRG) running competitively all day placed third.

The 6 kart field of Rotax Junior Max was the race that brought the crowd to the wall to see what the outcome would be. Bryce Boada (Kosmic) fired first shots on the day by way of claiming pole position in qualifying three tenths in front of championship rival Logan McDonough (Tony Kart). The Pre Final would go the way of Boada at the flag when McDonough would be given a drive thru penalty for jumping the start, McDonough would rally back to finish fourth. Boada would hang on to win in the Final with second place Tyler Bruno (CRG) and McDonough not far of his rear bumper. The win and claiming maximum bonus points, Boada closed the points gap to McDonough to thirty for the title. 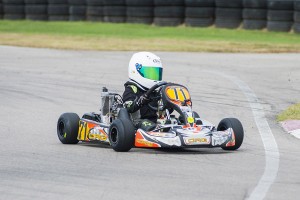 The Season Finale for the 2015 NOLA Sprint Kart Championship will take place November 14th thru the 15th with a double header weekend of racing for the last two races of the year on two different layouts. Saturday’s track will be the .7 of a mile Track P and the .71 mile Track J on Sunday, both layouts will use the full 850 ft back straight away of NOLA’s Sprint Kart Track.

The NOLA Sprint Kart Championship is a track run racing series for sprint style racing karts at NOLA Motorsports Park, located less than 20 minutes west of New Orleans. The Championship will hold 12 races over 10 months with the majority being single day events with two doubleheader weekends and two Saturday night races held during the summer months. Each race in the series runs on one of over 80+ configurations that can be set for the NOLA Motorsports Park Kart Track, the largest and most versatile karting facility in North America that has hosted two international karting events, the 2013 Rotax Pan American and Rotax Grand Finals. NOLA will also host the first round of the Maxspeed Entertainment’s US Open on April 21st thru the 22nd. Race track length can run from as short as a quarter of a mile to a mile in length. 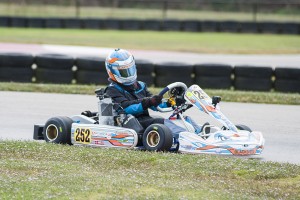 Focusing on affordability and competitiveness, the NSKC’s kart classes are based on the national rule sets for the Briggs & Stratton’s Local Option 206, the United States Rotax Max Challenge and Superkarts USA’s Stock Honda Shifter Category, helping to ensure that experienced and novice kart racers from 7 years old to 30 years plus can all have a level playing field to compete in. There is even an Arrive & Drive class that racers who do not own karts can come and compete in called the NOLA GT MAX Cup that uses concession style Sodi brand karts powered by 21 horsepower Rotax FR125 engines. All classes race for trophies and awards each race with end of the year awards handed out to points champions. The NSKC is also part of national points programs such as the United States Rotax Max Challenge, Briggs & Stratton Weekly Racing Series and the Sodi World Series.

Albeit a local or sometimes referred to as a “club” series, the NSKC often draws over 60+ racers, rivaling that of some larger regional events, attracting racers not only from the state of Louisiana, but Texas, Mississippi, Alabama and Tennessee. For more info on the NSKC and NOLA Motorsports Park, visit our website at www.nolamotor.com or send an email to karting@nolamotor.com