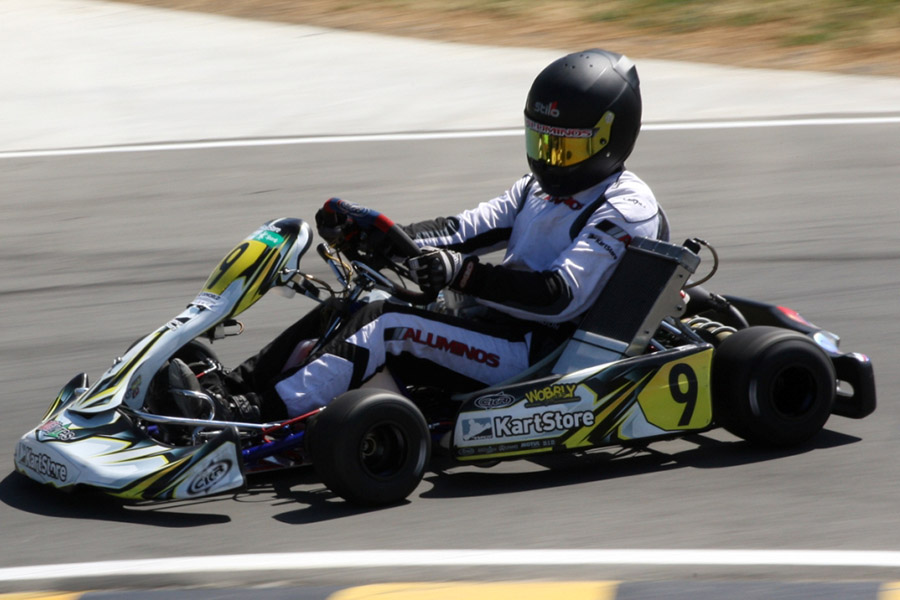 A title trifecta for Christchurch-based karting international Matthew Hamilton was the highlight of KartSport New Zealand’s annual Island sprint titles meetings in Blenheim and Te Puke over the weekend.

He then made it three-from-three with another from-the-front win in the 100cc Yamaha Light class at host club KartSport Marlborough’s Cresswell Electrical Kart Raceway on Sunday. 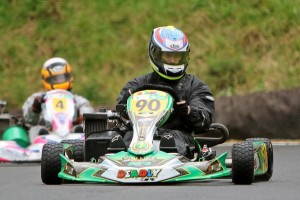 The feat is not quite a first – in fact KartSport Canterbury clubmate Chris Cox did it last year – but it is still a major achievement to contest three class titles, let alone win them.

Top local was William Exton from Picton who fought and eventually won a pitched battle for the South Island Vortex Mini ROK title with one of a number of North Islanders contesting the South Island title meeting, Jackson Rooney from Palmerston North.

Exton was the quicker qualifier on his home track but Rooney won the first heat and the Pre-Final. Exton was up to the task, however, and won the Final and with it the title from Rooney and Christchurch’s Zac Christensen.

In both cases the winners also had to withstand heavy pressure from the north.

In Butchart’s case it was from Aucklander Keith Wilkinson and Palmerston North karter Ashley Higgins who finished second and third respectively.

In Bethune’s case it was from top female driver Madeline Stewart from Wellington and Reuben Adams – who also finished second to Jaden Ransley in Junior 100cc Yamaha – from Christchurch. 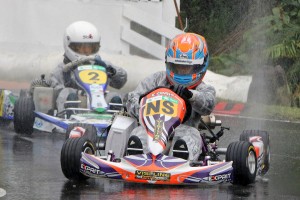 In stark contrast to the South Island event, the Visi Line North Island one at the KartSport Bay of Plenty club’s Te Puke Auto Electrical Raceway near Te Puke saw two class titles contested in heavy and persistent rain on Saturday and the other four run under blue skies and on a dry track on a Sunday which -weather-wise – could not have been more different.

Urban was in a class of his own in the wet on Saturday, qualifying quickest and winning all four class races to head home local driver Taylor Harte and Hamilton’s Rhys Tinney.

The other Saturday winner, Wellington driver Ryan Wood, had it harder in Vortex Mini ROK, with Pukekohe’s Billy Frazer fresh back from representing New Zealand at the annual ROK Cup meeting in Italy, providing stiff competition.

Frazer was equal to the conditions, shadowing Wood in qualifying and beating him to the finish line on a streaming track in both heats. Wood was back in front in both the Pre-Final and Final, though, adding the North Island title to the National Schools one he has won for the past two years. 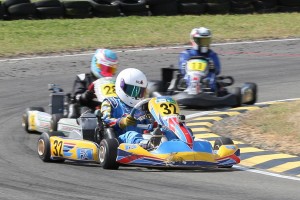 Reece Hendl-Cox from Whakatane qualified quickest and won both the heat races and the Pre-Final only to be slowed by a mechanical issue in the Final, leaving the way open for Ngatoa to grab the initiative, and 2015 North Island title.

The Cadet ROK class was its usual competitive self with Jack Neill and Ryan Bell setting the pace early on but the Final win and title going to Luke Thompson from Liam Sceats and Ayrton Williams. 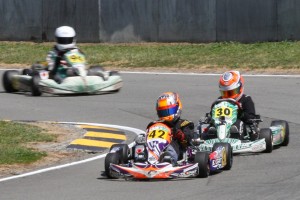