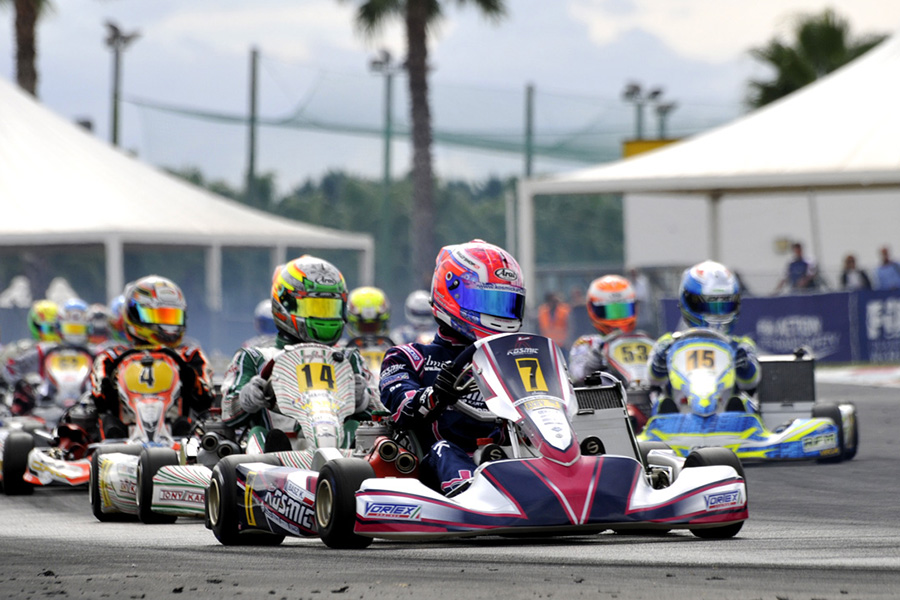 Today was dedicated to the Qualifying Heats of the CIK-FIA Karting World Championship, which is being hosted by the World Circuit La Conca. KF Junior was the first category to complete its session of Heats, while KF will complete this phase only tomorrow morning. The drivers of both the categories admitted to the final racing day will get back on track tomorrow afternoon to race for the World Titles. This is the great show which is going to be staged at the facility in Muro Leccese (Italy); spectators have been swarming towards the circuit since the beginning of the weekend. Former F1 driver and now Formula E team manager  Jarno Trulli was among them today: he wanted to follow closely all the races on schedule. The show continues tomorrow morning, with the spectacular parade of the 162 drivers participating in the competition: they will be welcomed by the authorities. The parade and all the races of the day, until the prize-giving ceremony, will be also available live in streaming on cikfia.tv and  cikfiachampionship.com. From 05.40pm to 07.10 pm, Motors TV will air the delayed broadcast of the Finals.

There were great expectations for thrilling duels on track, and these expectations were completely fulfilled. With still two Heats remaining to establish the name of the pole-sitter of the Prefinal, once again the favourites are the Danish Nicklas Nielsen (Tony Kart-Vortex-Vega) and the Polish Karol Basz (Kosmic-Vortex-Vega). They both won twice, while the reigning European Champion and the 2013 World Champion of the category – the British Ben Hanley (Croc-TM-Vega) and Tom Joyner (Zanardi-TM-Vega) – scored a victory each, as well as the Spanish Pedro Hiltbrand (CRG-Parilla-Vega) and the Dutch Martijn Van Leeuwen (CRG-TM-Vega). Tomorrow we will see whether the name of the new World Champion will come out from these top drivers or from the pack of underdogs immediately behind them.

Sargeant and Fernandez the pole position in KFJ