Race to the World Title Has Begun in La Conca 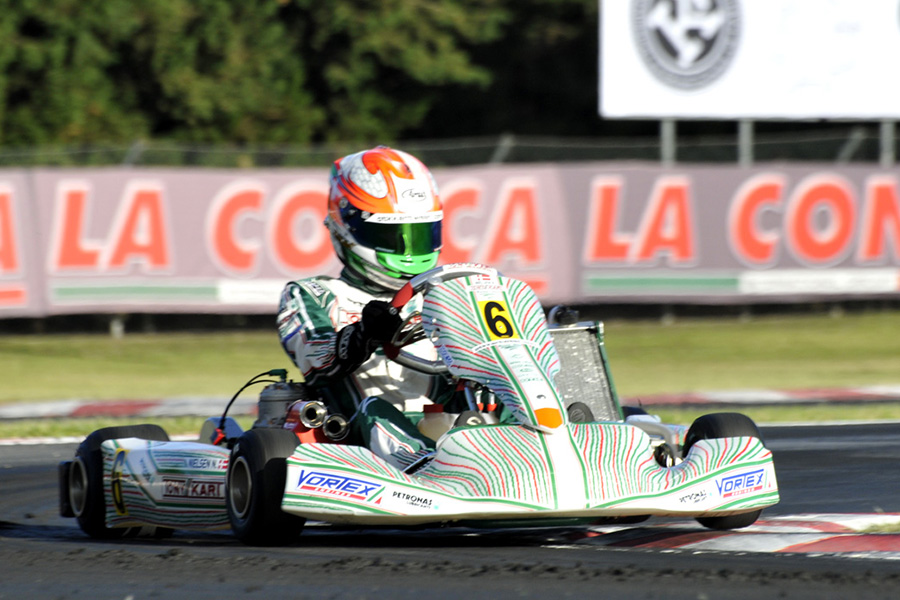 It is the most eastern circuit in Italy and, this weekend, is hosting one of the most important kart racing event of the world. These coordinates bring straight to the World Circuit La Conca in Muro Leccese, where the CIK-FIA World Championship for KF and KF Junior has moved into top gear. The facility in the region of Apulia, in the province of Lecce just few miles away from the seaside of Otranto, is hosting 162 participants coming from 36 different countries from all around the world. Drivers have already started to challenge each other on the 1250 metres of the circuit in today’s qualifying. On tracks top drivers such as the new European Champions Ben Hanley (KF) and Christian Lundgaard (KFJ), both ready to do their best to win the title in this single round event. All the most exciting moments of the event will be available on Sunday 27th live in streaming on the official websites cikfiachampionship.com and cikfia.tv, starting with the drivers’parade. The TV broadcasting is scheduled always on Sunday 27th from 05.40pm to 07.10pm on Motors TV.

Nielsen’s bid for the championship: he is the KF pole-sitter

In KF they speak Danish: Nicklas Nielsen (Tony Kart-Vortex-Vega) the driver from Horning, grabbed the pole thanks to his 45”729, 26 milliseconds better than the Dutch Richard Verschoor (Exprit-Vortex-Vega), who stopped the clock at 45”755. Also the third and fourth slots on the grid will be filled by a Dutch and a Danish: Martijn Van Leeuwen (CRG-TM-Vega) with 48”863 and Casper Roes Andersen (FA-Vortex-Vega) with 45”897. The English Ben Hanley (Croc-TM-Vega), the KF European champion, set the sixth time, two tenths and a half of a second behind the pole-sitter. Nielsen, who has often been among the fastest drivers during the season, hasn’t still scored any remarkable results but, thanks to today’s pole-position, he can aim at getting the title.

In the Junior category, a driver from northern Europe put in a terrific performance: the Finnish Konsta Lappalainen (Tony Kart-Vortex-LeCont), who set the pole with 46”446. There are only  35 milliseconds between the Scandinavian driver and the American Logan Sargeant (Fa Kart-Vortex-LeCont), who will start from the second slot thanks to his 46”481. Third position for the surprising Venezuelan Sebastian Fernandez (FA Kart-Vortex-LeCont), ahead of the British Sami Worship (FA Kart-Vortex-LeCont). They are in great shape and set exactly the same time with 46”527: their final ranking depends on their second best performance. The Danish Christian Lundgaard (Energy-TM-LeCont), the European Champion, is only in 28th position and, tomorrow, he will be eager to redeem himself. The narrow gaps between the top drivers – they are all within 81 milliseconds – say it all: the rest of the Championship is going to be as thrilling as ever.