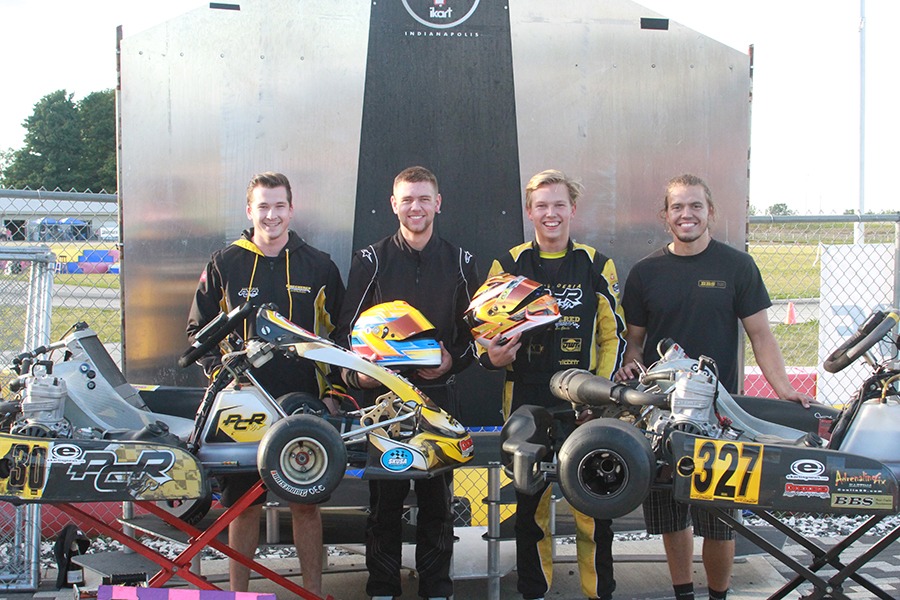 The day at New Castle Motorsports Park began with a chance that things may be wet for the entire day. Thankfully, the system moved past around noon and sunny skies allowed for on-track activities to begin for the 2015 edition of the RoboPong 200 event. Saturday was a busy day of action, with the 3rd annual Dan Wheldon Memorial ProAm Karting Challenge, in addition to the qualifying for the RoboPong 200 race Sunday, with four support classes recording qualifying and Prefinal laps.

The ProAm ran their practice and one-hour endurance event, including four drivers per team, with 17 entries. Each team featured three ‘amateur’ drivers paired with a professional drivers, ranging from IndyCar to the Mazda Road to Indy ladder system. Each heat put on a show for the many fans from the area that attended, including a front-flip by IndyCar’s Marco Andretti. With true grit, he flipped the kart back over and continued, earning a standing ovation from the crowd. The race came down to the final lap and the final corner, with four-time IndyCar champion Scott Dixon coming through for the victory. The big winner was the Dan Wheldon Foundation and the Justin Wilson Children’s Fund, collecting nearly $200,000. 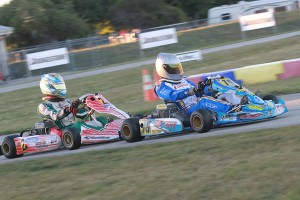 Following the podium ceremonies, the track was busy with activity. A final and only practice on the day was given to the RoboPong competitors, and the four support classes. Each took their session for qualifying with the four support classes running the Prefinal races. The Mini Swift was scheduled to run just a 30-lap Final, but only ran 13 circuits due to darkness.

Checkered Motorsports / PCR 1 team of Robert and Andrew Bujdoso was quickest in the practice, and backed it up with a new set of Bridgestone tires strapped on for the qualifying session. A 1:05.459-lap was the quickest with Andrew at the wheel. The second entry, piloted by Jacon Knueven with Kyle Smith as his partner, clocked in the second quickest time to make it a PCR 1-2 front row when the 30-kart field takes the green flag. Zach Holden/Ashley Rogero qualified third, with Holden piloting their Tony Kart entry. IndyCar’s Sage Karam, a former top qualifier at the event and planning to go 200 laps solo, ended up fourth with the Braden Eves/Derek Dignan entry (CompKart) climbing to fifth late in the session.

Top two qualifiers in the Yamaha Cadet division drove away from the 32-kart field in the Prefinal. Kaden Wharff (Tony Kart) set the fast time, but it was Jason Welage (Top Kart) that won the 15-lap Prefinal. They were nose-to-tail, until Welage gapped him on the final circuit. Sam Mayer (Merlin) led a group of drivers to finish third ahead of Kyle Thome (Merlin) and Robert Noaker III (Merlin). 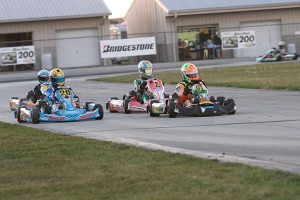 Local driver Joey Eppink (Tony Kart) set fast time for the 23-kart field in Yamaha Senior. He was among a five-driver break away in the Prefinal, until Dakota Pesek (Top Kart) and Zach Holden (Tony Kart) hooked up. They pulled away with Holden leading the way until Pesek slipped past on the final lap for the win. Sam Cate (Tony Kart) and Emerson Reed (Merlin) pushed Eppink to fifth.

Brandon Lemke used his experience once again to claim the Yamaha Junior Prefinal win. He along with top qualifier Zach Pretorious (FA Kart), Zach Holden (Tony Kart) and John Paul Southern Jr. (Top Kart) made up the lead group. Southern led on the final lap, with Lemke able to work past down the long pond straight, and complete the pass through the final corner for the win. Holden finished fourth with Pretorious fourth and Sam Mayer (Merlin) fifth.

With darkness looming, the Mini Swift Final was ran for just 13 laps before it was called. Top qualifier Luca Mars (CompKart) was leading at the checkered flag, having held off Adam Maxwell (FA Kart) for the top position. Kyle Thome (Merlin) finished where he started, in third with Ty Gibbs (Top Kart) up to fourth and Madison Campeau (Top Kart) fifth. 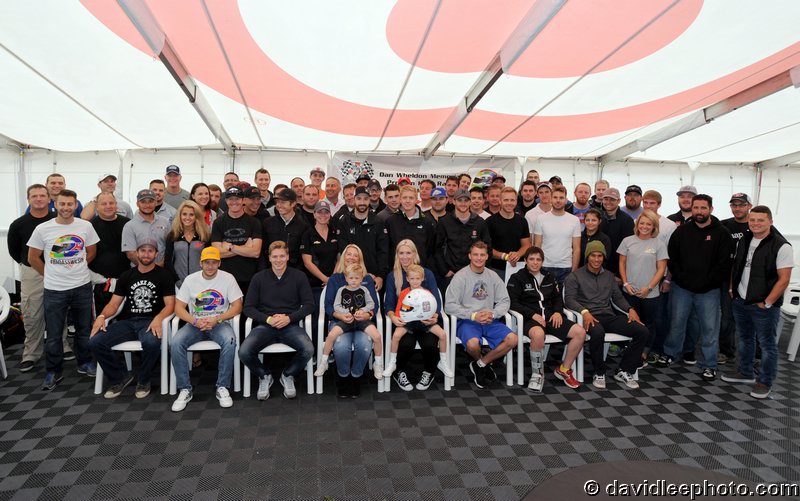 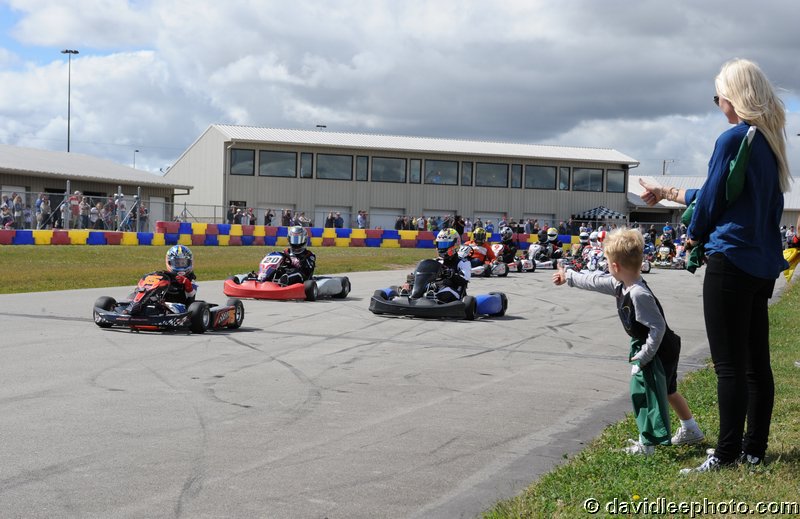 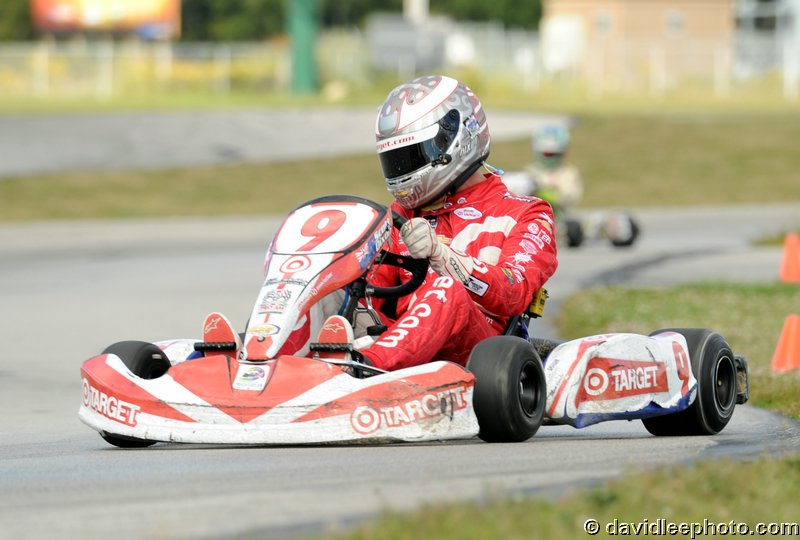 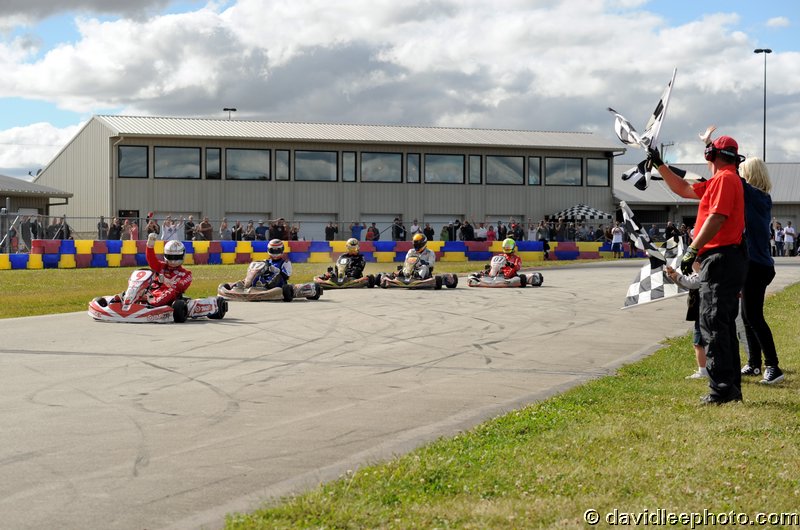 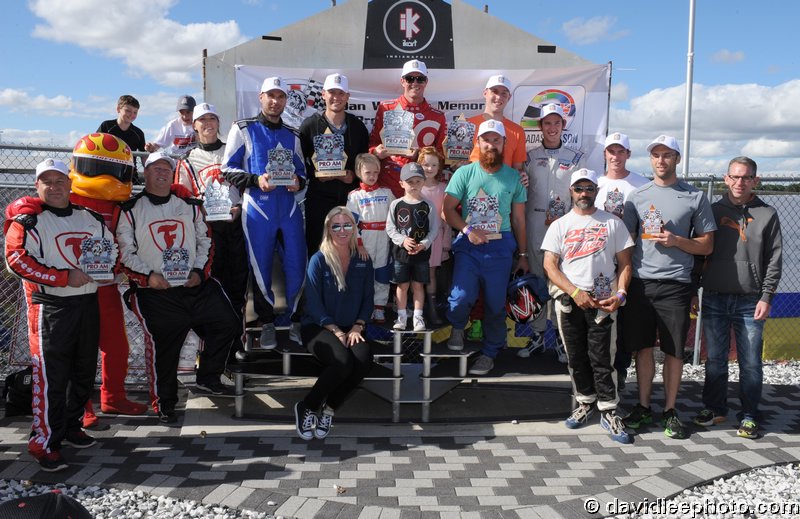