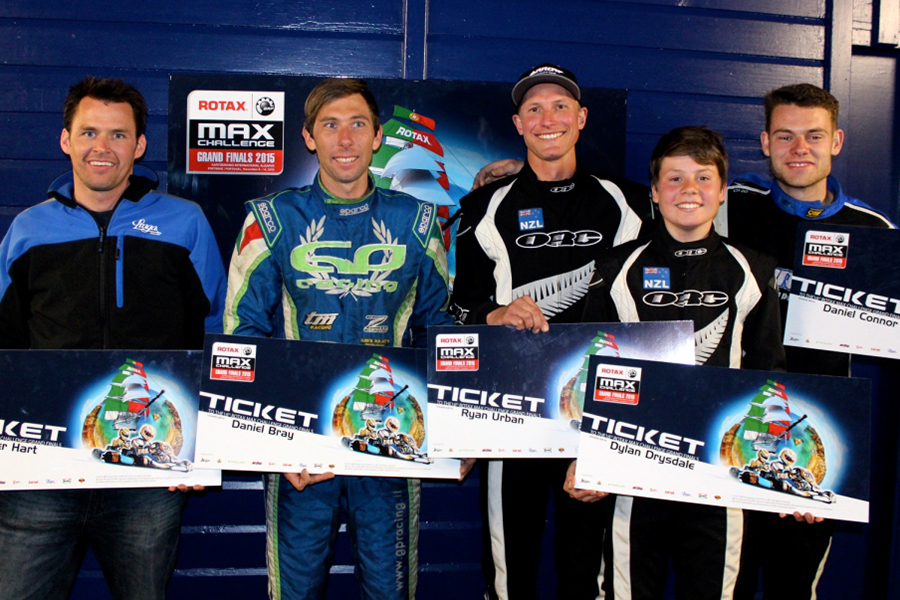 Aucklander karters Daniel Bray and Daniel Connor, and Fraser Hart from Palmerston North, claimed the three remaining seats on this year’s New Zealand Rotax Max Grand Final squad to Portugal in November at the final  round of the 2015 Logitech Rotax Max Challenge in Hamilton on Sunday.

Two drivers – Aucklander Ryan Urban and Dylan Drysdale from Palmerston North – had earned their places (in the DD2 Masters and Junior Max classes respectively) at the penultimate round in Auckland last month but the other three (for the winners of the 125cc Rotax Max and DD2 classes, and the runner-up in DD2 Masters) literally went down to the wire. 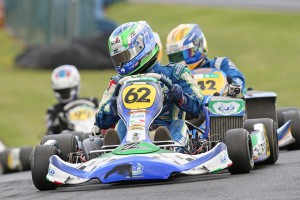 Showing just how close it was in the end, the next two places in that class also had to be decided by countback, Mason Armstrong from Auckland and Jonathan Buxeda from Tuakau third and fourth respectively after both ending the season on 411 points

New Zealand has sent teams to all 15 previous Grand Finals with a teenaged Earl Bamber finishing third in the Junior Rotax class at Lanzarote in 2004, and third for Matthew Hamilton in DD2 and second for Josh Hart in 125cc Rotax Max Light in Italy in 2010.

The final round of the six-round Logitech challenge series was held in fine but cool weather at KartSport Hamilton’s Agrisea NZ Raceway opposite the city’s international airport on Saturday and Sunday, with all eyes on the DD2 and 125cc Rotax Max Light classes.

Though Daniel Connor has clawed his way back into Grand Final contention after a battery issue put him on the back foot at the opening 2015 series round he still needed a pair of seventh place finishes in the 125cc Light Pre Final and Final to beat Rotax category specialist Josh Hart and young gun Andy Schofield. 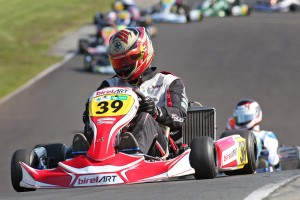 Tuning issues meant it was not a foregone conclusion early on but after finishing fifth in the Pre-Final all the young Muriwai resident had to do was finish within nine places behind Hart in the Final.

Hart started strongly but had engine issues, his race ending in the pits while Connor worked his way up to third – behind Mathew Kinsman and Andy Schofield – to seal victory in the class and claim his place on the Grand Final squad.

DD2 was even closer with the two Daniels, Bray and Kinsman, locked in a title fight, and Mason Armstrong and Nick Buxeda also with outside chances of an upset should the leading two strike trouble.

Also in the mix, after joining in from the third round was Josh Hart (the only driver running two classes this year) the Palmerston North veteran winning the Pre-Final from Bray and Kinsman. In doing so, even if Bray won the Final from Kinsman the pair would tie on points…which is exactly what happened, the result going Bray’s way on countback.

As it turned out Hart was also forced out of the DD2 Final (this time with an axle issue) but brother Fraser made up for any disappointment by claiming second place in the DD2 Masters class and with it the final vacant seat on the New Zealand Grand Final squad.

Former NZ reps Niki Urwin, Tiffany Chittenden and Aarron Cunningham were all in with a chance but Fraser Hart had done enough by winning the Pre-Final to guarantee himself the spot, so he sat out the Final, a race won by Australian series regular Scott Howard from Stuart Marshall and Niki Urwin. 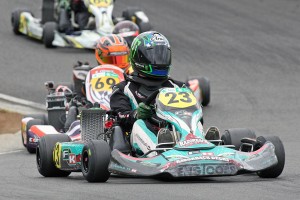 With the title – and Grand Final seat – already his, Dylan Drysdale elected to sit out the final NZ series round, allowing someone else to step up. At Hamilton that was Reece Hendl-Cox from the Bay of Plenty. 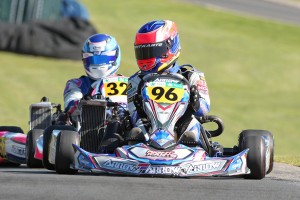